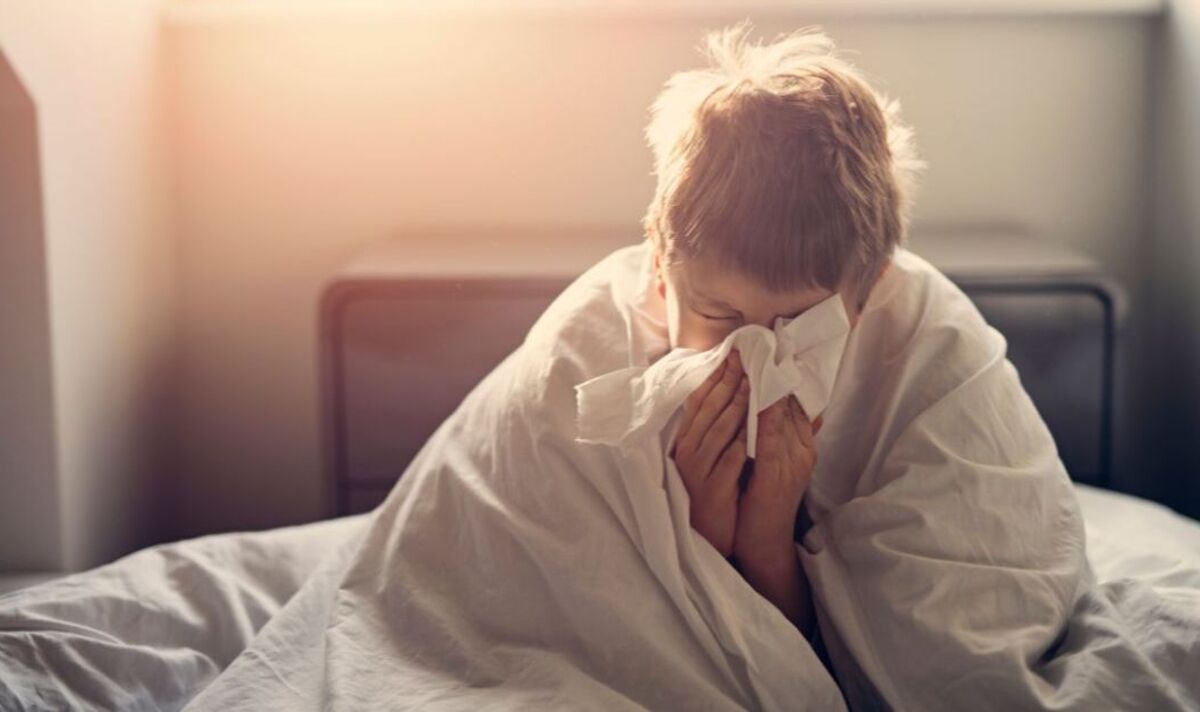 First recorded in California in 1962 — and originally considered rare — enterovirus D68 has seen a rise in cases since 2001. According to CDC experts, most cases of EV-D68 cause no symptoms or only mild symptoms such as pain, coughing, a runny nose, and sneezing. Fever is reported in about half of all cases. In rare cases, however, the virus is believed to affect the spinal cord, leading to weakened muscles and sometimes paralysis in a condition known as “acute flaccid myelitis.” While this condition is thought to have several other causes, 90 percent of known cases have been seen in young children.

Enterovirus D68, the CDC explained, spreads “when an infected person coughs, sneezes, or touches a surface that is then touched by others.”

They added: “In general, infants, children and teenagers are most likely to become infected with enteroviruses and get sick.

“That’s because they don’t yet have immunity to previous exposure to these viruses.

“Adults can become infected with enteroviruses, but they are more likely to have no symptoms or mild symptoms.”

The CDC has advised physicians in the US to consider EV-D68 as a possible cause when children present with acute, severe respiratory disease, with or without fever.

The public, meanwhile, has been encouraged to take basic precautions to protect against EV-D68 and other respiratory viruses.

These include washing hands regularly, covering coughs and sneezing with a tissue, avoiding close contact with the sick, and staying home if you feel unwell.

There are currently no vaccines available to protect against infection with EV-D68 – but staying informed about Covid boosters and flu shots can help prevent complications from viral illness.

READ MORE: Avian flu warning as millions of animals are culled across Europe

While historical cases of EV-D68 have been mostly confined to the United States, outbreaks have been reported here across the pond.

As Public Health England explains: “In August 2014, the United States of America (US) and Canada reported an increase in detections of EV-D68 associated with cases of serious respiratory disease and cases of unexplained neurological disorders.

They added that in 2018, “68 cases of lab-confirmed EV-D68” [were] diagnosed by the National Reference Laboratories in England and Wales.”