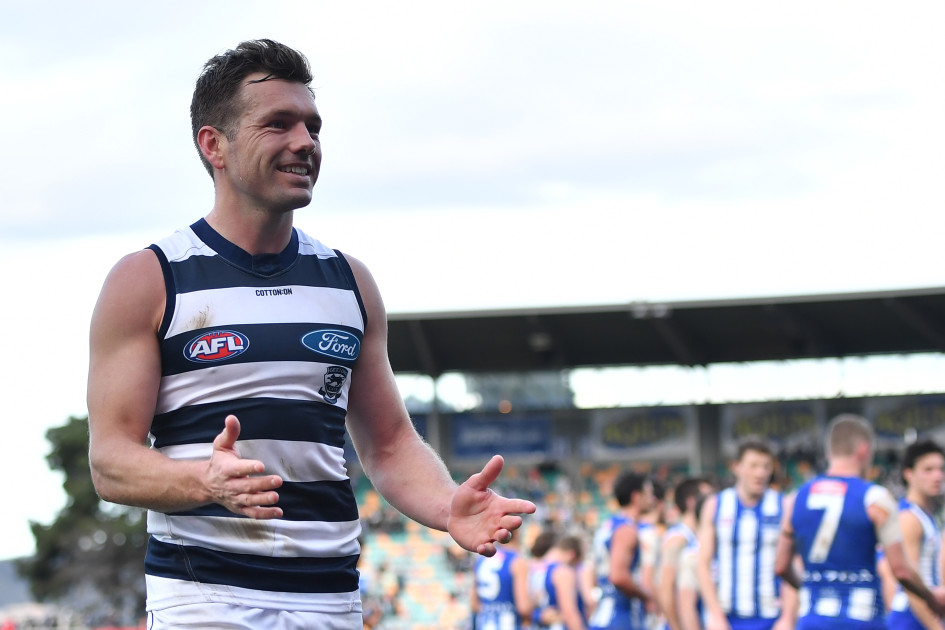 Shaun Higgins has announced his retirement after 260 AFL games.

In the 34-year-old’s 17-year stint in the AFL, he played for the Western Bulldogs, North Melbourne and now Geelong, where he has played 23 games.

Higgins, a 2018 All-Australian, informed his teammates of his decision on Tuesday morning.

Shaun Higgins has announced his retirement after 260 AFL games.

Thanks for everything Higo!

“I feel privileged to have played at this level for 17 seasons at three great clubs. I am extremely lucky to have fulfilled a childhood dream of playing footy and I am grateful for all the friendships, memories and support over the years Higgins said in a statement on the club’s website.

“I am grateful for the opportunity to represent Geelong, it is a special club and although I have only been here for two seasons, the place and the people have had a lasting impact on me.

“There have been so many people who have helped me on my journey, I want to thank my wife Heidi and children Rosie, Harry and Emme, my mother, father and my extended family. Thanks also to Bruce, Mary, Richard and Kev for the support and role they played.

“Thank you also to the teammates with whom I have had the opportunity to share the locker room and the field and my coaches who have shaped me as a player.

“While I’ve had some challenges with injuries this season, I feel comfortable knowing that I’ve done everything I can to get back to the senior team, and while it didn’t work out, I’m focused on playing my role to help the team prepare as best they can for Saturday’s grand final and to watch my teammates run up the MCG.”

Higgins last played in round 16 earlier this year.