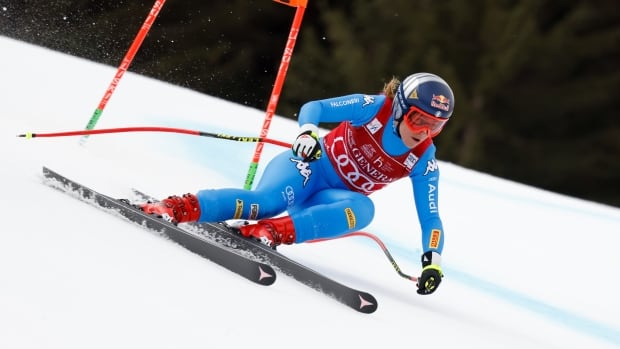 Leading World Cup skiers on Thursday questioned the decision to grant a yet-to-be-built resort in Saudi Arabia the hosting rights for the 2029 Asian Winter Games, saying such a project could damage the sport’s image.

Sofia Goggia, the 2018 Olympic downhill champion, said she was “virtually speechless” when she heard the announcement this week.

“Because we’re taking a sustainable path and they’re building this cathedral in the desert. This is something unreal and surreal,” the Italian told The Associated Press in a video call from the headquarters of her Austrian equipment supplier Atomic.

“We have to look at the consequences: why? What’s in it for us, where is this going and how is it possible?” said the Norwegian. “We see that the world is on fire, the summers are really hot, things will eventually go wrong if you don’t do anything. To produce snow you need water, and water is a problem out there too.”

Saudi Arabia will host the Asian Winter Games in the mountains near the $500 billion US futuristic urban project Neom. The Olympic Council of Asia has singled out the Saudi candidacy centering on Trojena, which plans to be a year-round ski resort by 2026.

The Neom mega project is funded by the Saudi state wealth vehicle, the Public Investment Fund.

“I can’t find the right and common sense to build something where the snow won’t go,” Goggia said. “The world cannot afford to lose energy as whoever would build this structure would be involved.”

Four-time world champion Mikaela Shiffrin, who defended four-time world cup champions, said she was still too unfamiliar with the specific building plans in Saudi Arabia, but added that in general it makes sense to compete in places with a certain level of infrastructure and some natural resources toward the sports we’re trying to do.”

Kilde, who was the overall World Cup champion of 2020, called on the International Ski and Snowboard Federation to rethink “how we want to communicate our sport”.

Earlier Thursday, officials in France lashed out at the decision.

The French ski federation, mountain resort mayors and ski instructors said in a joint statement that the decision goes against “what is desirable for the planet”.

They said they were “stunned” by the plan to host the competition “in a place naturally poor in precipitation and water, where there are as yet no ski areas or slopes.”

“We can only denounce this anomalous project, which is completely contrary to what is desirable for the planet,” said the French collective, stressing that everyone must respect the goal of the 2015 Paris Agreement to reduce global warming. planet and to manage resources and biodiversity. in a sustainable way.

“Only on this condition can future generations live happily on our planet and learn to ski,” they said.

The 2029 edition will be the ninth Asian Winter Games, held at an irregular rhythm since 1986 and open only to members of the Olympic Council of Asia.

Saudi Arabia will also host the 2034 Asian Games in Riyadh as part of aggressive moves to build a sports hosting portfolio and help diversify the economy from reliance on oil. A campaign is expected to host the 2030 World Cup in football with an unprecedented bid on three continents, including Egypt and Greece.