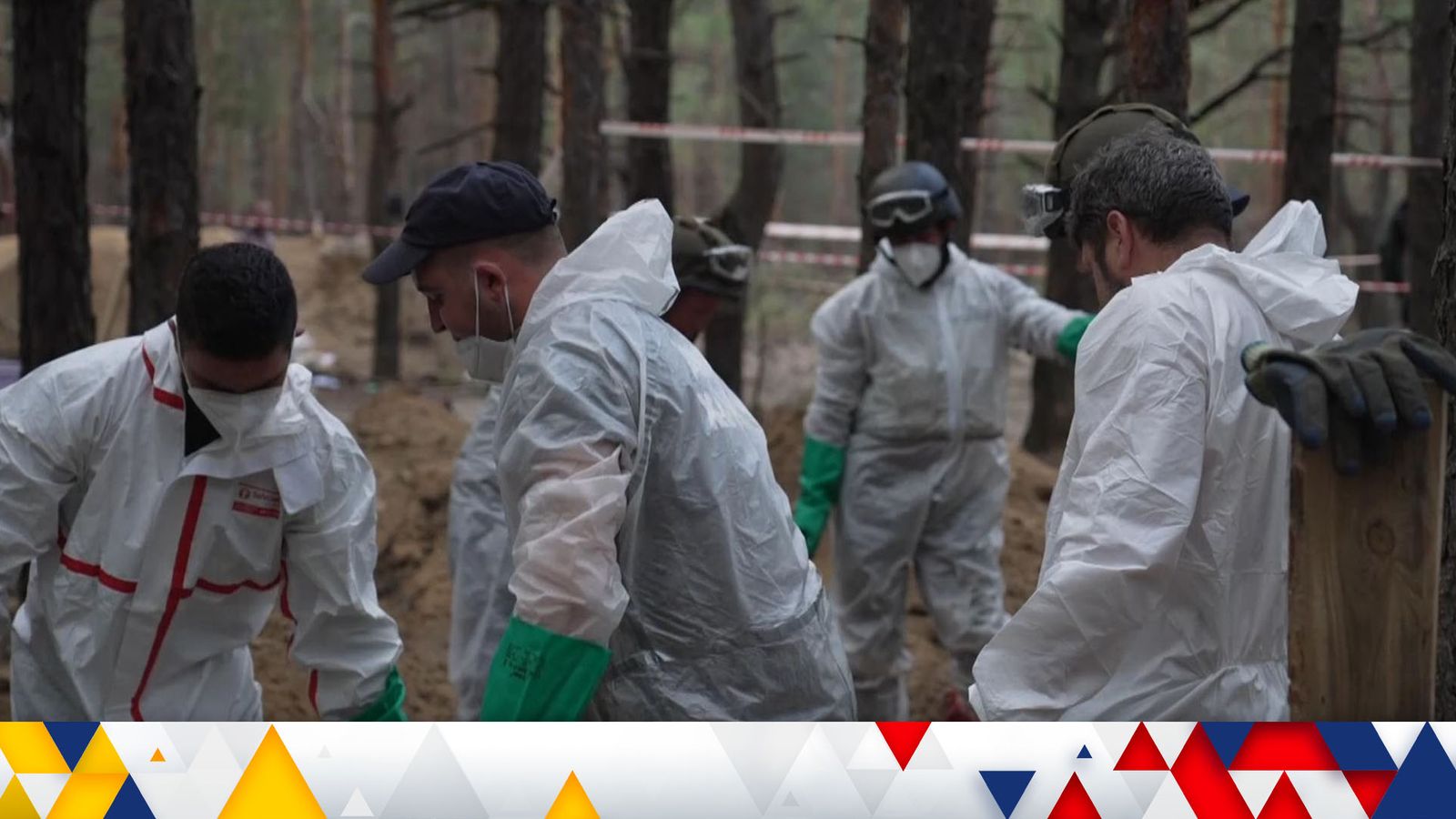 The remains of two children are among 146 bodies exhumed from a mass grave near the city of Izyum in eastern Ukraine, an official said.

Many of the victims are civilians, some are believed to have been tortured while undergoing violent death, authorities said Monday.

The mass cemetery with 440 graves was found after the city was liberated from Russian control by Ukrainian forces.

Ukraine latest: Zelenskyy declares there will be “no break” in resistance after rapid gains in Kharkiv

The city was recaptured after a counter-offensive in the Kharkiv region.

Kharkiv governor Oleh Synehubov said two children were among the bodies in Izyum.

“Some of the dead show signs of a violent death,” he said.

“There are bodies with tied hands and traces of torture.”

“The deceased were also found to have explosives, shrapnel and stab wounds,” he added.

After the discovery of the cemetery, Zelenskyy’s chief of staff Andriy Yermak called Russia a “killer country” and a “state sponsor of terrorism”.

In his overnight address to the nation last Thursday, Mr Zelenskyy said: “We want the world to know what is really happening and what the Russian occupation has led to.

Some were shot in the head with their hands tied behind their backs, according to Ukrainian officials.

But Moscow has categorically denied being responsible for the massacre.

In the meantime, Photos of Mariupol Revealed How the Besieged City Was Left “Completely Destroyed” after weeks of relentless bombing by Kremlin troops.

Dozens of people taking shelter in a theater died in the wake of a reported Russian airstrike – despite the building being marked with the word ‘children’ in an attempt to deter an airstrike.