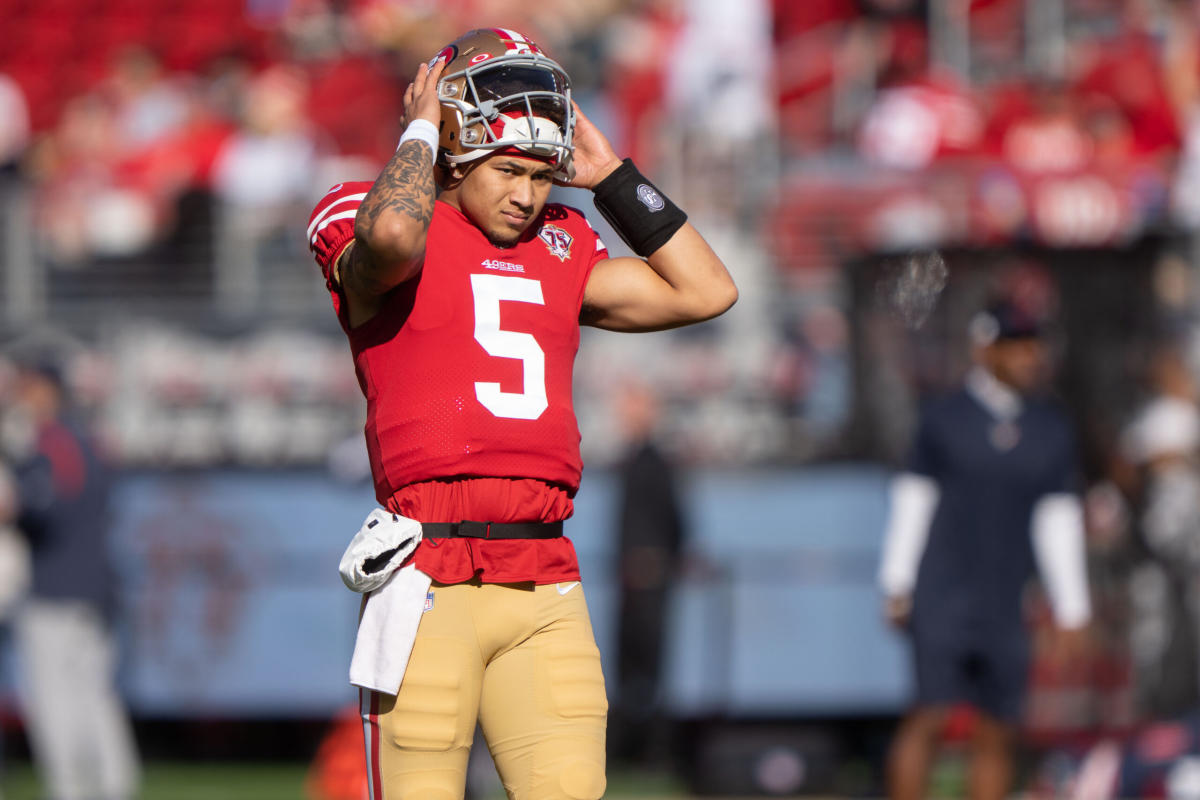 Trey Lance’s development timeline hit a big deal on Sunday when he suffered a fractured fibula and ligament damage that required surgery and ended his season. However, his rehabilitation process should not stop him from being on the team and continuing his work off the field and developing as much as possible with mental reps.

Head coach Kyle Shanahan said in a conference call on Monday that he expects the young signal caller to be as close to the team as possible after his injury.

“I’m sure he’ll be here all the time doing his rehab here and we haven’t even discussed that, but I’d be shocked if it wasn’t,” Shanahan said. “So, at this point he came out of surgery a while ago. I know we’re all a little concerned about him and making sure he’s okay mentally and physically. We’ll talk to him here soon. I know some guys have been to visit him already but yeah we’re not sure yet but once he can get back here and start rehabilitating we want him to be a part of everything. He can attend every meeting, he can attend every training session. I know he won’t be able to do all of that because he’s going to have so much rehab, but especially in those meetings, we don’t intend for Trey to be away from us at all. When he’s not taking care of his ankle, we schedule him to be with us.”

While Lance will still need in-game reps, being able to be near the team, in meetings, and possibly on the field watching practice should at least be a small progression for him as an NFL. -signal caller.

The key after that is that Lance can get into football work during the off-season. It will be good to be with the team, but there will be extra mechanical things that he needs to keep working on off-season. As long as Lance can do that, his development should not be pushed back too far.