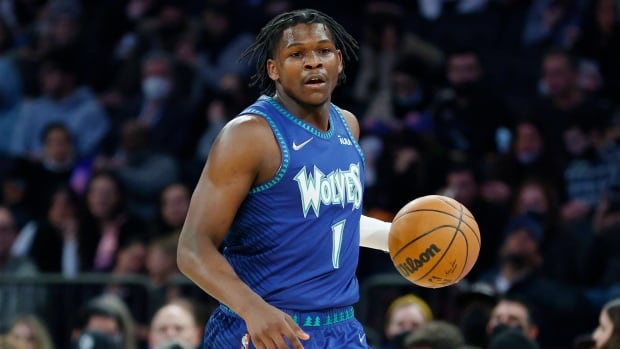 Minnesota Timberwolves security guard Anthony Edwards was fined $40,000 on Tuesday by the NBA for homophobic comments he made on social media.

The league announced the penalty for Edwards’ use of “offensive and derogatory language” in a since-deleted Instagram video for which he later apologized.

Edwards filmed a group of men on a sidewalk from a vehicle he was sitting in and could be heard making a scornful, profane comment about what he assumed to be their sexual orientation. He posted an apology on Twitter shortly after, and the Timberwolves released a statement reprimanding their young star.

What I said was immature, hurtful and disrespectful, and I’m incredibly sorry. It’s unacceptable for me or anyone else to use that language in such a hurtful way, there’s no excuse for it at all. I was raised better than that!

“What I said was immature, hurtful and disrespectful, and I’m incredibly sorry. It’s unacceptable for me or anyone to use that language in such a hurtful way,” Edwards tweeted last week. “There’s no excuse at all. I was raised better than that!”

Nikola Jokic, Kevin Durant, Rajon Rondo and Kobe Bryant are among the NBA players who have been disciplined by the league for anti-gay in the past.

Edwards, the first overall pick in the 2020 draft, was Minnesota’s second leading scorer last season with an average of 21.3 points per game, ranking 19th in the league. His average of 1.5 steals per game was 13th in the NBA.