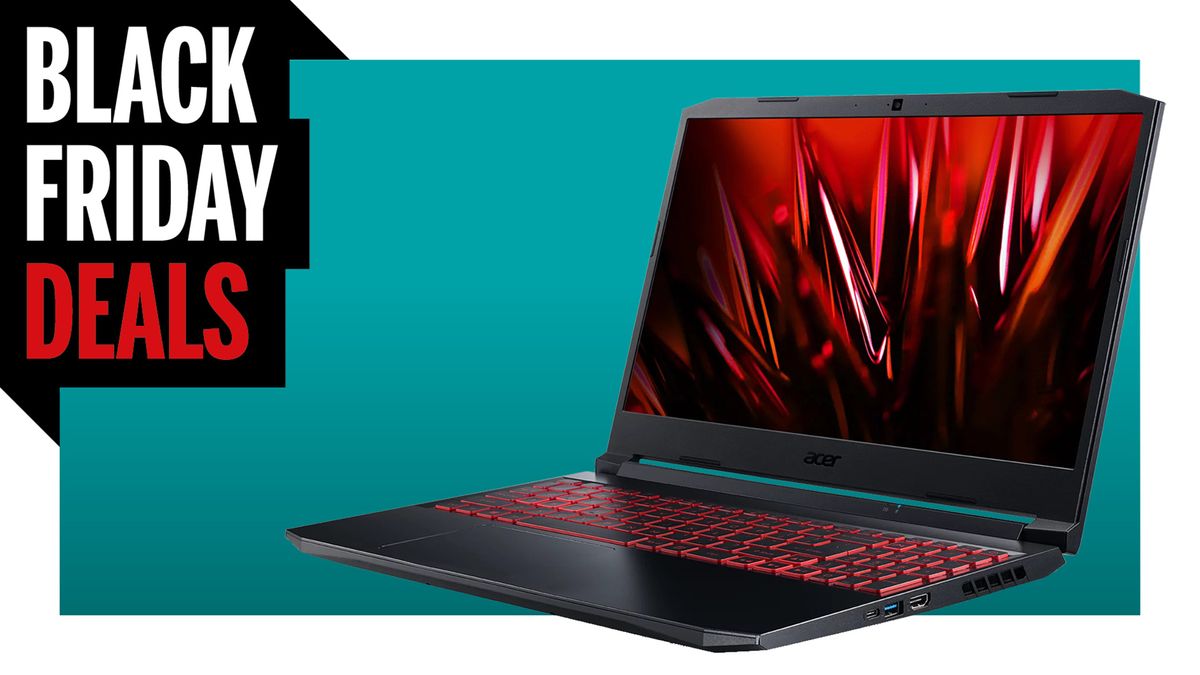 Not too long ago, it was unthinkable that you could get a gaming laptop for $650. That was what you paid for a bulky laptop for office work and not much else. Now you can get a capable gaming laptop for $650, with a real GPU inside, like the entry-level GTX 1650, right? Well, this deal defies that expectation too: the Acer Nitro 5 has a true RTX 3060, meaning ray tracing and legit gaming power on the go. It ranks high on our list for Black Friday gaming laptop deals (opens in new tab).

The rest of the specs for this system are also good for the price. There’s a 6-core Ryzen 5 5600H processor that can turbo up to 4.2GHz, which can handle most games with ease. There’s a 144Hz 1080p panel, a good match for the RTX 3060, and a 512GB NVMe SSD. It will be fast and big enough as long as you don’t try to play too many games the size of Call of Duty Warzone.

The 8 GB of RAM is a bit of a drawback, but it’s also user-upgradable. If you take out a few screws and let go of the bottom you can get to the DDR4 slots and cheaply pop another 8GB stick in there. Then you have a great gaming laptop for $650.

There’s even another M.2 slot on the Nitro 5’s motherboard, so if you’re not happy with 512GB of storage, you can pop another terabyte or so in there by grabbing a Black Friday SSD deal (opens in new tab). Here’s a helpful video walkthrough (opens in new tab) for upgrading both the RAM and the SSD. All you need is a screwdriver.

Don’t expect the Nitro 5 to feel like a premium laptop; the body is plastic, it gets a bit bulkier than something like a Razer Blade, and the RTX 3060 won’t let you go wild with ray tracing and maxed out settings on games like Cyberpunk 2077. But hey, this is a full computer for about the price of a desktop RTX 3070. If you’re looking for a cheap route into portable PC gaming, this is it.