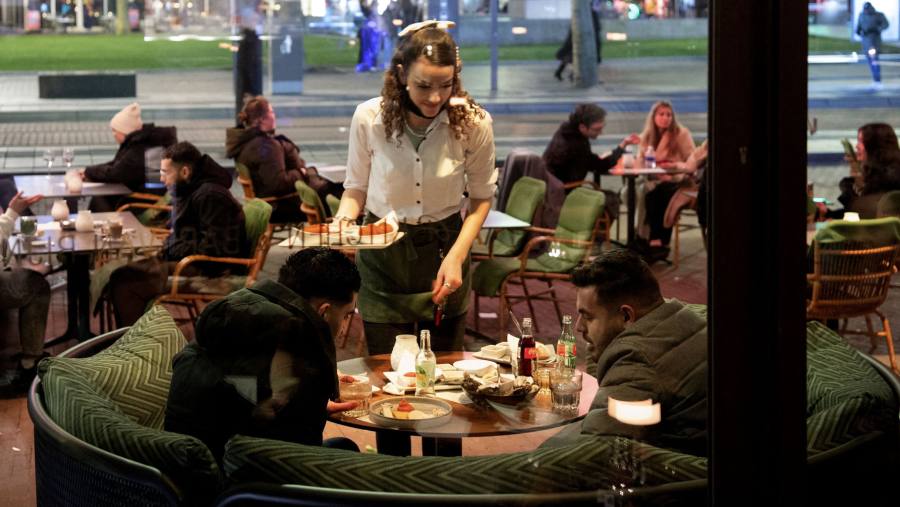 The Dutch government has raised the country’s minimum wage by 10 percent as lower-paid workers struggle with the effects of rising food, fuel and housing costs.

The measure, the core of a €18 billion aid package to help households cope with rising inflation and energy prices, was unveiled in the budget on Tuesday.

King Willem-Alexander, who outlined the government plan in his annual Speech from the Throne, a speech to parliament before the budget, said: “It is a painful reality that more and more people in the Netherlands are struggling to pay their rent, groceries, health insurance and energy bill.”

Several European countries, including France, Germany, Italy and Spain have announced an increase in the minimum wage, but the Dutch measure – an increase of €1,756 per month – is the highest jump.

Social benefits, including child benefits and pensions, will rise and income taxes will fall slightly to counter soaring price pressures. Inflation reached 12 percent in the year to August and is expected to remain high next year despite a cap on energy prices.

The Dutch government, together with many countries, is imposing a windfall tax on companies that extract oil and gas, after closing a deal with the industry on Monday evening.

In recent weeks, EU governments have been engaged in negotiations on the design of an EU-wide windfall tax and price cap for energy companies and the Netherlands will probably adjust the level accordingly.

Energy prices across Europe have soared following the Russian invasion of Ukraine in late February. The budget also extended the cut in excise duties on transport fuel until July next year, which cost 1.2 billion euros.

The king acknowledged that the measures, mainly aimed at low- and middle-income households, could not prevent some from being worse off. “Even with a package of this size, not everyone can be fully compensated for all the price increases,” he said.

To fund the package, corporate taxes will go up. The windfall tax on oil and gas will generate approximately €2.8 billion in 2023 and 2024. The bumper revenues from the Groningen gas field also contribute to the financing of the measures.

The budget deficit will reach 3 percent by 2023, just within the EU’s fiscal rules, with the debt due to inflation falling to 49.5 percent of gross domestic product.

Frank van Es, senior economist at Rabobank in Utrecht, said the support for households could increase price pressure. “It’s a pretty expansive budget that will drive inflation up,” he said. “They overcompensated for the energy price shock.”

The Central Planning Bureau, a government agency, has calculated that up to 1 million people are at risk of falling into poverty due to rising prices.