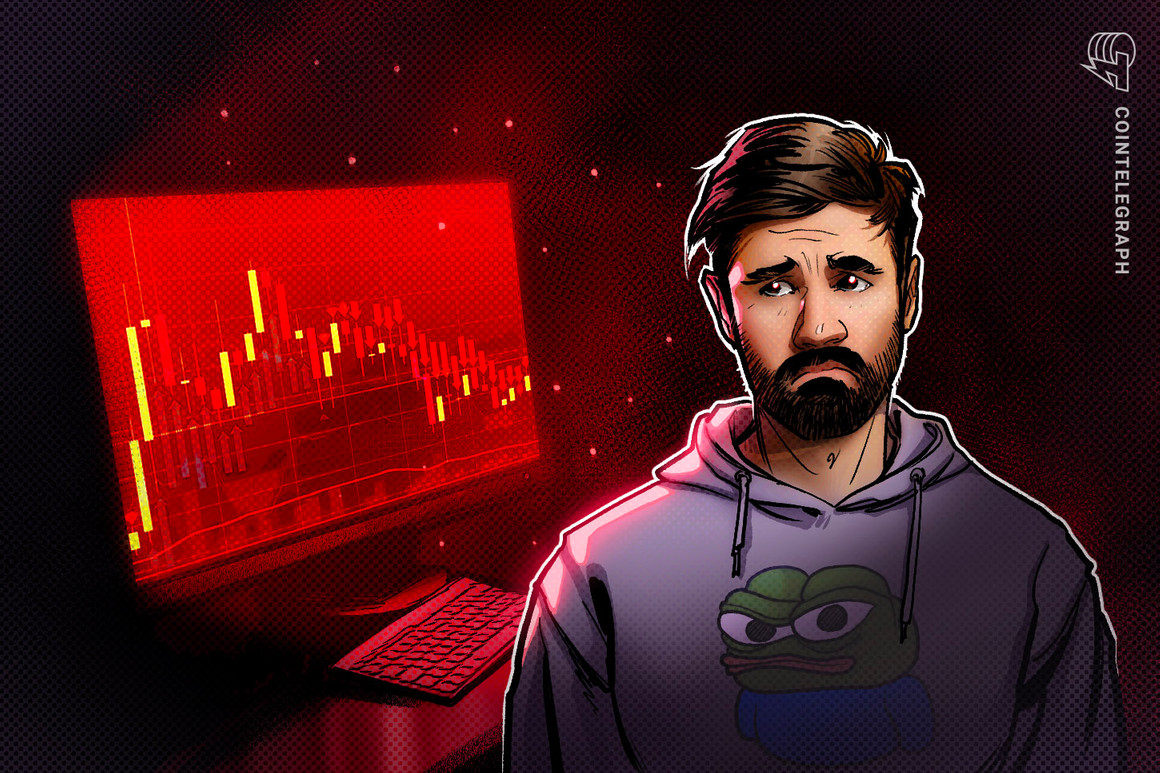 Global markets are going through a rough patch, including the cryptocurrency market. But judging by talks from the peanut gallery, it appears some observers did not receive the memo.

“It feels like we’re relatively safe at mid-term,” Twitter’s “CryptoKaleo” — aka simply “Kaleo” — wrote in a September 12 tweet to his 535,000 followers, referring to the November midterm elections in the United States. The forecast was accompanied by a chart that indicated his belief that the price of Bitcoin (BTC) would rise to $34,000 before the end of the year — a 50% gain from last week’s level of around $20,000.

“Of course we can bleed lower,” fellow pseudonymous Twitter mega-influencer Pentoshi wrote in a Sept. 9 message to his 611,000 followers. “But the market for this value is much more attractive than it has been in over a year. […] I grabbed a bit of $BTC yesterday/no alts but will nibble.

Those ratings come from the “respectable” observers — the ones who have been periodically correct in the past. A gentleman in my inbox today – a Charlie Shrem looking to sell his “investment calendar” – assured readers that a “big crypto run” could begin tomorrow. Look further and it’s not hard to find even more bullish forecasts, such as the prediction Bitcoin is on the cusp of a 400% surge that will take it to an all-time high of $80,000 and a market cap of $1.5 trillion – $500 billion more than the value of all the silver on Earth.

It’s good to see that optimism is rampant, even if it’s mainly among influencers looking for engagement and paying customers. Unfortunately, macroeconomic headwinds indicate that the reality is a little darker – maybe a lot darker.

FedEx underlined the possibility that economic conditions could worsen last week with the announcement that it had fallen $500 million below its revenue target for the first quarter. “These numbers – they don’t predict very well,” CEO Raj Subramaniam wryly noted in an interview with CNBC. His comments, which included a prediction that the numbers represented the start of a global recession, led to a 21% crash at the end of the week in his company’s stock price that took the broader market for the ride.

Related: What will fuel crypto’s likely bull run in 2024?

In response to the economic slump, FedEx said it planned to take measures, including the closure of 90 locations by the end of the year. The good news: Americans are so burdened with debt that it’s unlikely they planned to visit any of those locations anyway. Consumer debt reached $16.15 trillion in the second quarter of 2022, a new record, the Federal Reserve Bank of New York noted in an August report. The number stands at just over $48,000 for every man, woman, and child in the United States — a total of 330 million.

With a national median income of $31,000, that equates to an average debt-to-income ratio of 154%. If you want to factor in just over $30 trillion in federal government debt, you can add another $93,000 per person — for a total of $141,000 and a debt-to-income ratio of 454%. (The numbers get noticeably worse when you factor in that only 133 million Americans were in full-time employment as of August.)

While policymakers may be lax about sovereign debt, they are more concerned about consumer debt. “I’m telling the American people we’re going to get inflation under control,” President Joe Biden said in a CBS interview on Sunday, leaving observers to wonder if he was trying to pre-empt this week’s announcement by the Federal Reserve of a potential huge, 100 basis point rate hike in the federal interest rate. Such a move would likely send the markets into a downward spiral from which they would not recover for a while.

Ironically, even that step may not be enough to contain inflation in the near term. Given the rapid rise in debt, it may come as no surprise that inflation – up just over 8% in August on an annual basis – shows little sign of abating. Americans may not have a lot of money left, but — in general — that reality hasn’t slowed down demand. If the New York Fed’s report was any indicator, the money that supports that demand comes from credit. The bank noted that credit card debt saw its largest year-over-year percentage increase in more than 20 years in the second quarter.

Related: What will the cryptocurrency market look like in 2027? Here are 5 predictions

Perhaps this outlook is the same as the one Elon Musk got when he said in June he was “feeling super bad” about the economy. Other observers have issued even darker takes, including the famous debt averse rich father poor father author Robert Kiyosaki. “Biggest Bubble Bust is coming,” Kiyosaki wrote on Twitter in April. ‘Baby Boomer’s pensions are being stolen. $10 trillion in fake money spending ends. Government, Wall Street and Fed are thieves. Hyperinflation Depression here. Buy gold, silver, Bitcoin before the coyote wakes up.”

Admittedly, Kiyosaki’s assessment is partially at odds with the outcomes pessimists would expect. Economic disasters should lead to falling asset prices across the board, including prices for gold, silver and Bitcoin. A more optimistic forecaster might hope that Americans learn from their mistakes, take the next year to pay off their debts, and spend big again in 2024 — while avoiding a hyperinflationary depression.

In both scenarios, one thing seems relatively certain: neither crypto nor any other asset class is on the brink of a record wave. If you want to be successful in investing in the coming year, you’d better start by buying short options from less market-conscious optimists.

Rudy Takala is the opinion editor at Cointelegraph. He used to work as an editor or reporter in newsrooms including Fox News, The Hill and the Washington Examiner. He holds a master’s degree in political communication from American University in Washington, DC.

This article is for general information purposes only and is not intended and should not be construed as legal or investment advice. The views, thoughts and opinions expressed herein are those of the author only and do not necessarily reflect or represent the views and opinions of Cointelegraph.