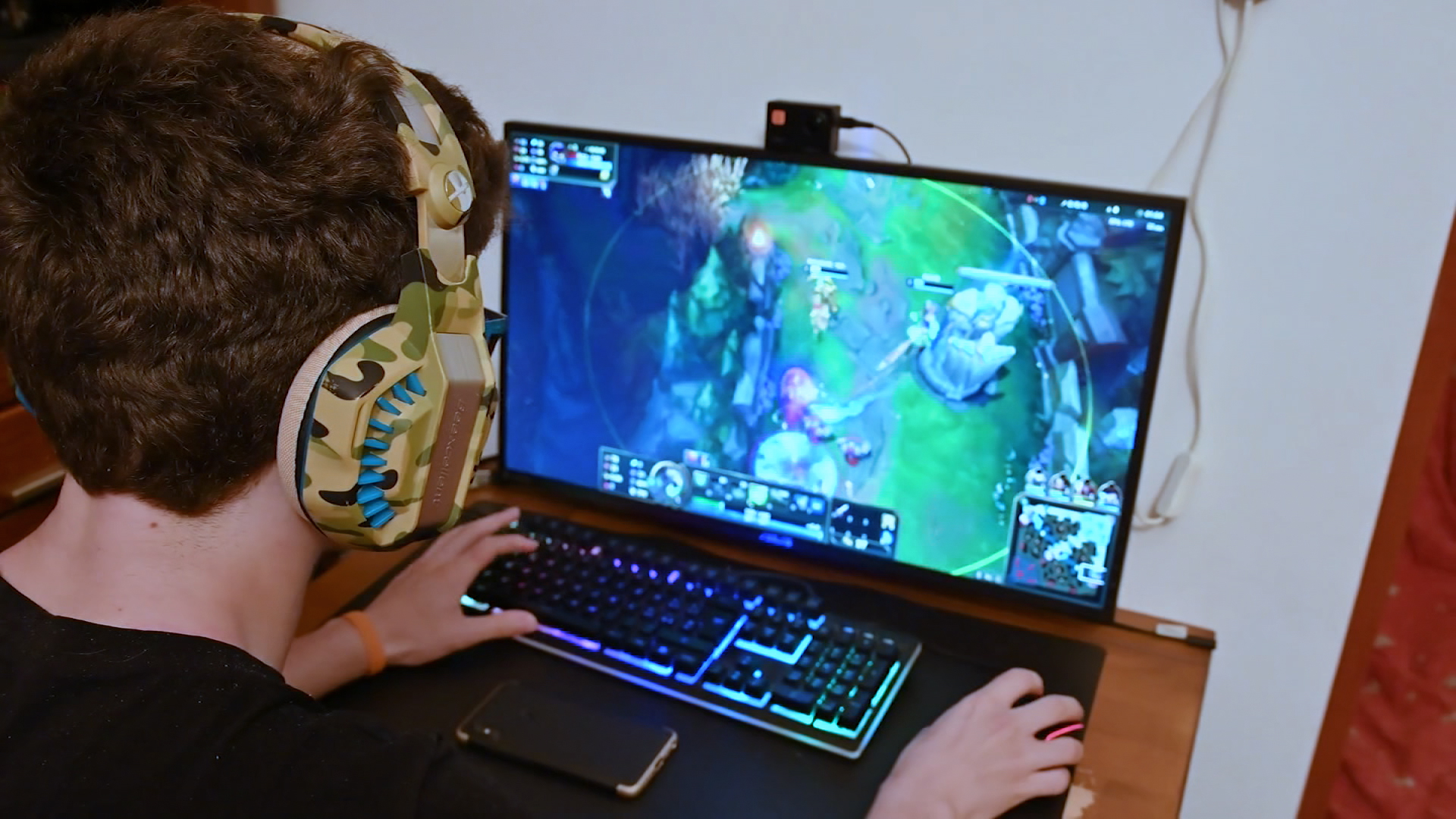 Extremist groups use one of the country’s most popular forms of entertainment – ​​video games, as a dangerous recruiting tool.

Vulnerable teenagers are among the targets. A research team is exposing this trend to help law enforcement officers and parents become more aware of the danger. Gaming has become so popular that an estimated 216 million Americans consider themselves gamers. That is more than half of the country’s population. And today’s games are a long way from Pong and Pac Man, for better – and for worse.

“I’m currently looking at the dark side of games and how they are being used for radicalization and the mobilization of radical networks,” said Dr. Rachel Kowert, director of research at Take This, a nonprofit mental health organization that has seen stigma and increasing support for mental health in games.

Her cohort, Alex Newhouse, is deputy director of the Center on Terrorism, Extremism and Counter Terrorism at the Middlebury Institute of International Studies in Monterey. Together they stand behind a groundbreaking investigation into the evolution of gaming and the use of the platform to promote extreme ideologies and radicalization.

“Personally, I’m targeting the far right — and it seems the far right is most interested in using gaming platforms,” ​​Newhouse said. “But jihadists and Islamists — they’re also involved in game platforms. They’re trying to recruit teens and adolescents.”

For those who believe they or their children are safe from extreme propaganda, the Anti-Defamation League has found that nearly one in four people are exposed to white supremacist ideologies on the internet. That’s about 54 million Americans.

So shocking that it became the catalyst for Kowert and Newhouse to dive into the research to raise awareness. One aspect behind this trend is combining video games with streaming platforms or social networking apps.

“Discord and Twitch, which are not games, we call adjacent gaming platforms,” Newhouse said. “And then things like Minecraft and Roblox — things that have some sort of interactivity, that’s games.”

Given this overlap, players can stream live gaming sessions or connect with complete strangers through chats and forums. Which can be great, but also dangerous.

“The problem is that the growth of games’ social networking spaces has been exponentially faster than the way the game industry has kept up with their moderation,” said Dr. kowert.

Discord is known as “your place to talk and hang out.” It offers gamers (or anyone with a smartphone) the ability to talk via voice, video and text. It was specifically identified in the Institute for Strategic Dialogue’s 2020 study as a hub and community for right-wing extremism. In Europe, the country’s counter-terrorism coordinator has doubled down on that warning — saying that extremists are increasingly present in digital gaming spaces.

Still, Rachel points out that the research shows that there are gaming spaces that offer more good than bad. She adds that there is a darkness, however, which is why she and her colleague are working to make games safer.

Ryan Lo’Ree, shared with CBN about his past life as a prominent neo-Nazi with the goal of making online hate groups mainstream.

“I was a former extremist — I deradicalized almost 20 years ago,” Lo’Ree said. “I was part of the Rollingwood Skins, an offshoot of one of the largest National Socialist movements – or Nazi movements – in the United States.”

Lo’Ree said his mission began long before Facebook: He used Myspace and previous social media platforms to plant propaganda. Today, he says propaganda can be found on every platform you go to.

“These recruiters, be it jihadism or whatever, they have adapted to where they should be to find the most vulnerable people,” he said.

Finding ways to fund his mission and get into the ranks, Lo’Ree ran into trouble with the law. While his life of crime eventually led to prison, time behind bars distanced him from his extremist group. Friends and family helped de-radicalize Lo’Ree and eventually re-dedicate his life to Jesus Christ.

“I was born and raised a Christian all my life,” he said. “I think what’s happening is that as Christians we can get tunnel vision and not open up to what other cultures do offer.” Lo’Ree went on to say, “I want it to be a shock to people, I want them to know that you can be anyone. No one is untouchable to these groups and what they offer.”

For 10 years, Lo’Ree has been helping extremists find a new way of life through a counter-terrorism effort called Parallel Networks. He says the only way to open those doors is through conversation and compassion.

“I watched Jesus Christ when he didn’t go to churches to preach in front of the choir – he went out where people were having a hard time, like adulterers – Mary Magdalene and others.”

“I firmly believe that humanity – we are supposed to treat each other with peace, kindness and love; and this lack of empathy that we have in our communities I think is what drives us apart.”

Unfortunately, technology combined with bad actors has torn the social fabric by trying to replace the community with an online world. That’s why Dr. Kowert reminds gamers and others that when things seem bad online or in life, they have the power to change things.

“If things seem a little strange, the good thing about games is that you can just switch to another server or to a game, or mute that person or block that person,” said Dr. kowert. “You don’t have to come into contact with people who make you feel uncomfortable.”