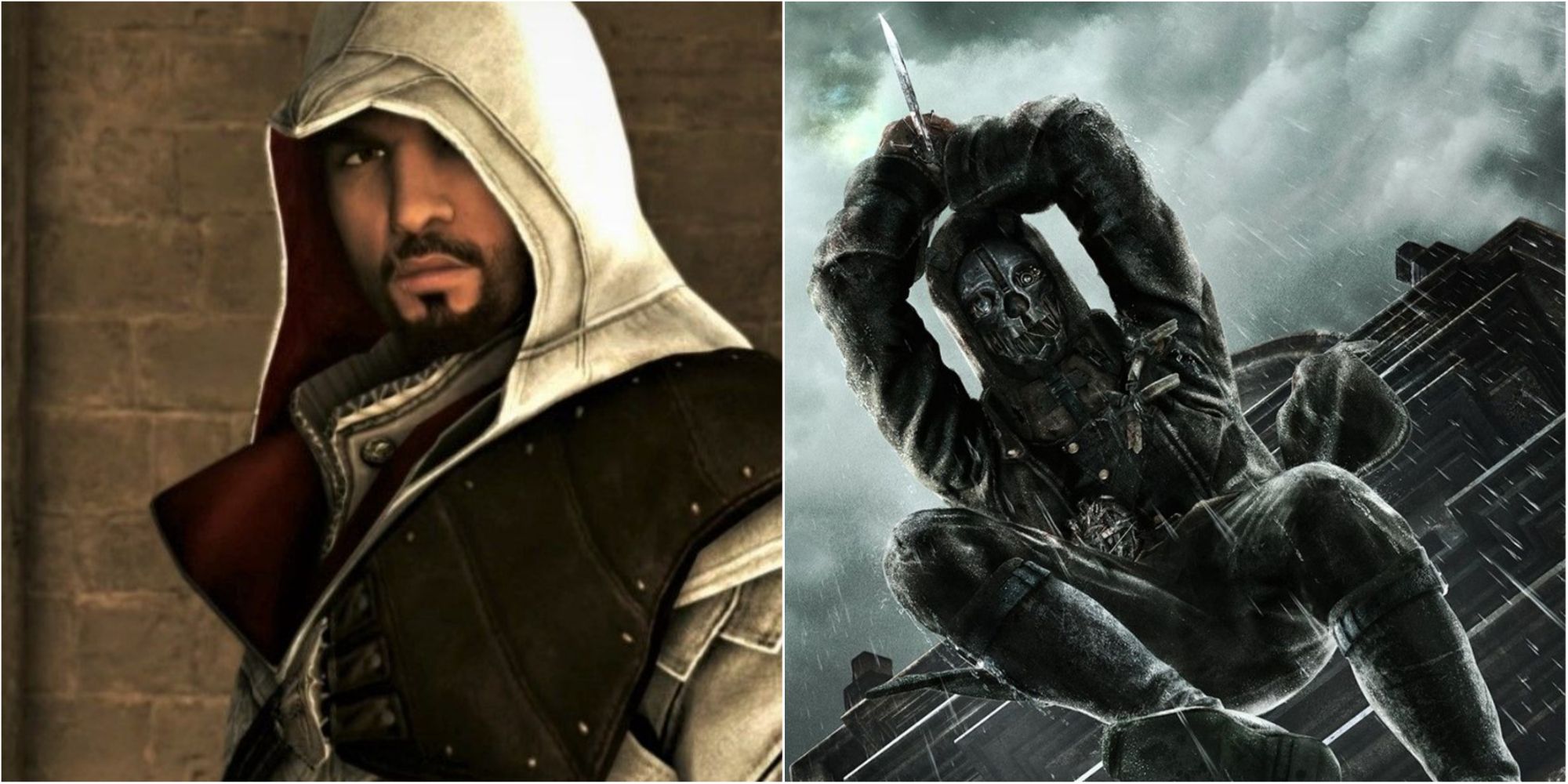 There are many ways a video game character can improve their appearance. For example, they can put on stylish shades or wear a shiny suit of armor. But one of the simplest ways a character can look good is by donning a hood. For some reason hoods seem to make any character look better.

However, they are not always just a style choice. Some people wear a hood to make themselves harder to notice, while for others it adds to their mysterious personality. Regardless of their reason for choosing this particular piece of clothing, the following characters are the best people to have donned one.

The role of Resident Evil 4’s Merchant is quite simple as it serves as a shop for the protagonist Leon Kennedy. He’s not the deepest of all the characters, but he’s a memorable one. This is partly due to his unique voice and way of speaking.

His appearance is also iconic. With the black hood and purple face covering, he clearly wants to hide his identity. And it works, because you never get to know anything about this man during the game. This mystique is what makes the character so iconic.

Admittedly, the hood isn’t the most eye-catching part of Wrench’s outfit in the Watch Dogs games. The LED visor over his eyes is what everyone immediately notices. However, the hood helps to bring the outfit together.

Wrench isn’t just a stylish character though, he’s also very entertaining. Arguably the best character in the Watch Dogs series, the guy is hilarious. Much of his humor comes from his overly excited nature and his wild demeanor. And he’s outgoing than you’d expect from a guy who’s constantly hiding his face.

Since Thief is primarily a first-person series, you don’t see too much of main character Garrett. But every time you see him – mainly in promotional material – he wears a hood. It is a good choice for his job as he spends his days sneaking around buildings and stealing things. The hood helps to hide his identity and allows him to better hide in the shade.

Garrett is not your typical video game hero. In fact, he’s more of an antihero. The man has a good heart, but his actions are usually not the most noble. After all, he is a criminal. At least he avoids taking the poor and doesn’t kill people.

There have been several adaptations of the comic book character known as Scarecrow. The one from the Batman Arkham series generally wears a hood. It looks good for the cruel villain. More than that, though, it makes him more mysterious and helps hide some of his human traits. This lends itself to his purpose of striking fear into the hearts of everyone he encounters.

The character is captivating throughout the Arkham series, as the mind games he plays with Batman are fascinating. Outside of The Joker, he is arguably the best villain in the series.

You can play the original Dishonored game without ever knowing what Corvo Attano looks like because the game uses a first-person perspective. Even if you see him in Dishonored 2, you won’t get the right experience because he’s not in his full size.

You only get to see it in all its glory through promotional materials. And it turns out he looks great because he has a great mask and hood combination. His choice of style helps him hide his identity while dealing with his assassins.

Considering Mortal Kombat has been around since the ’90s, it’s no surprise that many of its regular cast have undergone many design changes over the years. Scorpio is no different. He has always kept the yellow and black livery, but his clothes have changed often.

However, the man has seemingly never been a fan of showing off his hair. In the early games, he wears a piece of clothing that could be considered a hood, but it also looks a bit like a skullcap. In recent years, his hood has become more defined. It hasn’t changed his personality though as he’s still a surly badass.

One of the best parts of the Mass Effect games is all the entertaining companions you take on missions. Tali is definitely one of the best of them. The talented engineer is funny, quirky and very likeable throughout the series. She also has a good bow that sees her go from a relative child to one of the most important individuals of her kind.

But the most important thing is that she wears a beautiful hood during her adventures. This is part of the fancy suits that the Quarians have to sport for health reasons. So it’s a shame she has to wear it, but at least it looks good.

No series is more synonymous with hooded characters than Assassin’s Creed. Almost every protagonist in the series wears a hood because it is the favorite piece of clothing of the Assassin Order. The most iconic of these characters is Ezio Auditore, who features in several entries.

He wears some beautiful robes during his games, and they all have a nice hood. The hood is meant to hide the man’s face so that he can perform his murderous duties without drawing much attention. In addition to a good sense of dress, Ezio is a charming, witty and noble character who will always be remembered fondly.

UP NEXT: Assassin’s Creed: All the Main Assassins, Arranged by Their Signature Outfit