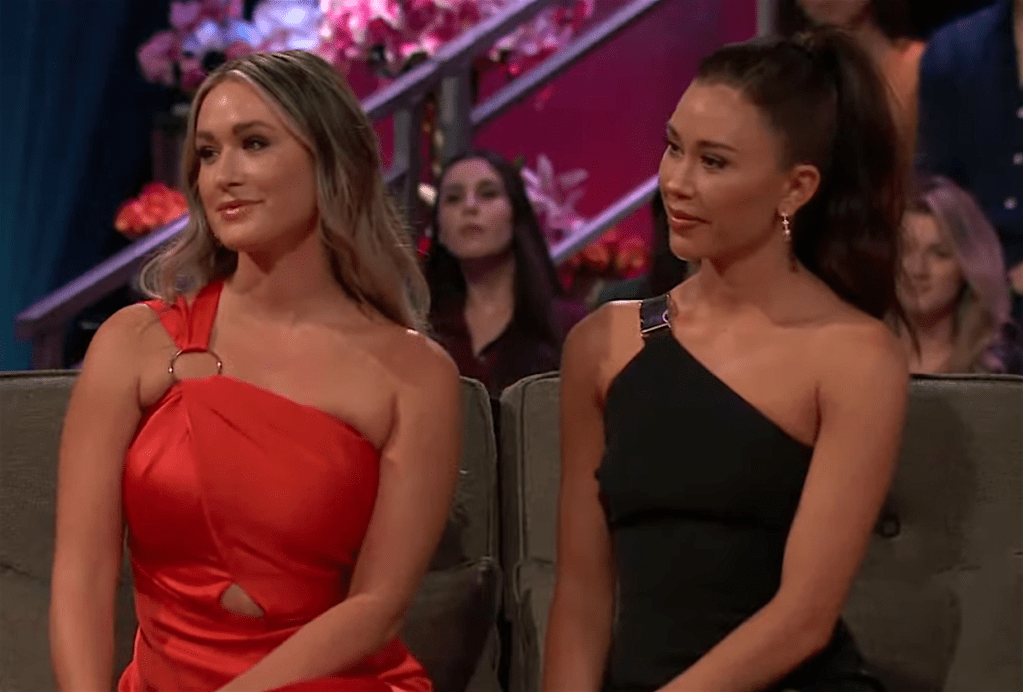 Two of this season bachelor party stars had already picked their final men ahead of Tuesday’s season finale. So this should be a cinch, right? Well, more like a breeze signaling the start of a hurricane.

The (three hours!) finale opens on an oddly solemn note, with host Jesse Palmer breaking the silence to say he was hoping for two happy endings for Gabby and Rachel, but “things didn’t turn out that way.” Ooh. He alludes to the “scandal and betrayal” to come, alluding directly to Tino’s “indiscretions” and Erich’s “text messages.” Yaks. He pulls the two ladies out for an awkward hello, then we pick up in Mexico with Gabby seriously spiraling after Erich told her he wants to date her before getting engaged. She is determined: “I want him to propose.” But after he tells her how devastated he would be if they broke up, she softens up a bit and seems reassured that they can get through this. We think!

Rachel, meanwhile, goes to check on Tino after her breakup with Aven, saying he’s “no doubt great, as usual.” Okay, this guy is way more confident than a human should ever be, but Rachel rushes past that and tells him he’s the only guy left, and they share a flurry of happy kisses. We can’t help but notice that Rachel is not smiling while reviewing this on the live show. Back in Mexico, she and Gabby share a dizzying champagne toast and talk about their respective beauty and how absolutely sure they are of them. Rachel even says of Tino, “If it’s not him, I don’t know who it could be.” Yes, we’re being primed for some serious heartbreak here, folks. Brace yourself. 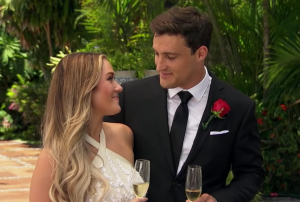 It’s time for Rachel’s final rose ceremony, and she and Tino are excited as they take each other’s hands. (We’re kind of robbed of knowing who the last guys are ahead of time, aren’t we, Bachelor Nation?) She rattles off all the things she likes about him, and he tells her what they’ve got “never goes away.” (Frankly, we can barely hear them over the rushing fountain and ominous birds screeching in the background. It’s a sign!) It seems sweet and all, but Rachel and her family have death on their faces during the live show, so we know it’s all lies. Tino gets on one knee and proposes, and she says yes, and… yes? We’re about as happy as Rachel looks looking at this right now. “This is the happiest moment in my life,” Rachel says in tears…and that just means it’s all downhill from here.

During the live show, Rachel explains what happened next: “It was really great for a while” between her and Tino, but they were “going through a rough time” around the time the show premiered. She says she did her best to keep their relationship together, but “I just didn’t feel that support” from him. She hoped they could patch things up in the finale, but then Tino expressed some vague concerns about “past relationships,” and in the end, Rachel reveals, “it didn’t quite work out. He cheated on him.” We hear that Rachel is comforted by Gabby, who advises her to put him “in the… [bleep]balls.” (That’s a friend!) Rachel also says that Tino told her, “I’m sorry I told you,” which isn’t great! (We just want to say that we never trusted Tino from the start, and we feel very smug now.) 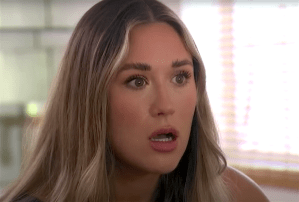 Tino arrives for a tense sit-down and admits he “blew it up” and “kissed another girl” – but it only made him want Rachel more? It was also “the smallest thing ever”, so why are we even talking about this? He even had his journal with him so he could quote Rachel the things she said that made him think they had broken up. When he says she refused to go to therapy, she says it’s a lie, and they bicker in an ugly way for a while. Finally he walks out angrily, with the two looking at the producers and Tino crying, “Tell her to break up with me. Let me out.” He finally comes back, but sticks to his story about how “small” what he did was, and Rachel looks red. When she catches him in a lie, he acts confused and then steps away again, forcing him to chase outside and demand answers. He begs for another chance and promises to make it up to her. But she declares, “I’m ready,” as she returns his ring to him to thunderous applause from the live audience. Tino sneaks away in shame… and we feel like applauding too.

After some awkward repetitions with Jesse, where Rachel firmly says she does not still loving Tino (and her dad Tony seems ready to punch Tino in the face), they bring out Tino for the post-breakup ritual – and he even gets booed! At first, he apologizes profusely for everything, but he’s still dissecting words and defending himself, and Rachel has none of it. When he brings up again how he thought they broke up, she gets angry and asks, “Do you want to go into that?” She alludes to personal things cut from their previous confrontation (hmmm) and makes it very clear: “We were never on a break.” (Where’s Ross Geller when we need him?) Tino is gasping for air here, and the live audience is about to strangle him by the time Jesse mercifully cuts him off. 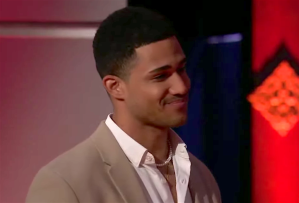 But hey, look who’s here! It’s Aven! He walks out to thunderous applause, while Tino stands staring nearby, and offers his condolences to Rachel, asking if she’d like to “get out of here and catch up.” She happily says yes, and they walk away together, leaving Jesse awkwardly with Tino. Did the producers feel bad about letting Rachel go through two devastating divorces in one year so that they come up with a fabricated “happy ending” that won’t last a week? Probably! Even Jesse says it: “This is so weird.” 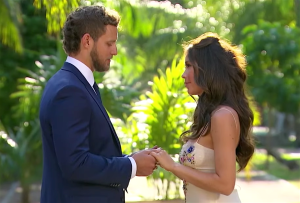 Finally, after all that, it’s Gabby’s turn. She still worries that Erich isn’t ready to get engaged, but she trusts what they have, and they all smile when they meet at the last rose ceremony – but those birds are screeching again! Is that another sign? Erich knows she needs someone who is completely there for her, and “I want to be that person for you.” And he takes the plunge and asks her to marry him – and she says yes! We’re definitely for these two, but after that whole mess with Rachel, we’re a little gunshy too. Will they make it all the way to the live show? What about those text messages that Jesse mentioned? Back on the live show, he tells us that “not everything has been rosy” since that proposal… and we’re just bracing ourselves at this point.

Erich does share a warm kiss with Gabby when he joins the live show, so it all seems loving. (And his mullet is gone!) They tell their proposal, and it looks like they’re still together, thank goodness. But Jesse kind of digs into the trouble they’ve had, grilling Erich about an ex-girlfriend of his who claims he only broke up with her to go on the show and “get a career opportunity.” Jesse even puts their text messages on the big screen (!), with Erich telling the girl that the show “isn’t real”. But that was before he went to the show, Erich points out, and he didn’t think he’d meet someone like Gabby. He admits he didn’t handle that breakup properly, and Gabby knows it. But she seems to accept his explanation, and the crowd is behind them – and hey, we need a happy ending, damn it!

So… we somehow have an hour left? Jesse kills some time by questioning Gabby about her new stint on Dancing with the stars and turn to three former bachelors for their advice. (None of them are with their last men yet, though!) Plus, we meet the new bachelor – Rachel’s ex Zach – and they even kick off the new season early, with Zach meeting five of his potential wives live and home voting viewers via tweets to give Brianna a first impression rose. Zach didn’t get off to a great start, though, completely blank when Jesse later asked him to remember the girls’ names. Well, you’ve got four months to practice, mate!

Have thoughts about that chaotic bachelor party final? What do we think of Zach being single? Hit the comments and share your thoughts.