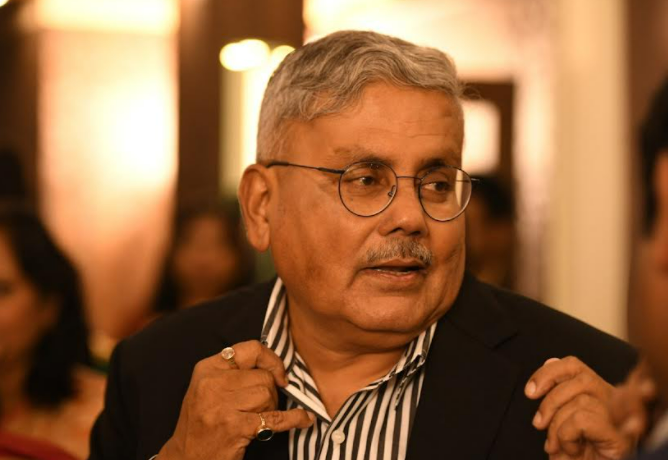 Who is causing baseless reports linking suicides in South India to cashlessness and frustration arising from online gaming?

Nobody actually has an answer.

A spate of unnatural deaths in Tamil Nadu — a state with a dubious record of the highest suicide rate — has falsely blamed online gaming for those deaths, though repeated studies have definitively attributed the deaths to debt traps.

As many as 20 suicide cases have surfaced in Tamil Nadu.

Many wonder what sparked this string of misreporting, with each report blaming the online rummy for the suicides. A closer look at the subject reveals that online gaming rivals have repeatedly linked suicides in Tamil Nadu with online gaming.

Repeated misreporting has made those suicides a political hot topic in Tamil Nadu, with political parties and social activists urging the government to ban online rummy.

No one realized that several studies have categorically rejected such links between deaths and online rummy.

The sensational suicides of Kalimuthu, an agent of the Coimbatore City Armed Forces, and Nagarajan, a Chennai painting company, attributed to online rummy have been linked to debt traps by the Rotary Rainbow project.

Relatives of Kalimuthu have officially stated to the Rotary Rainbow Project that the debt burden was the real reason for the suicide and not playing online rummy or online games. Similarly, according to his relatives, Nagarajan committed suicide because he was in a debt trap and that his death had nothing to do with online rummy.

But why was online rummy blamed for the deaths? A dead silence reigns in the coastal state.

Interestingly, the Rotary Rainbow’s findings resonate with the National Crime Records Bureau (NCRB) 2021 report, which found bankruptcy as one of the leading reasons for suicide, along with addiction, marriage and love-related problems, and unemployment.

“Giving all suicides a single misleading label will be a great disservice to humanity and the victims’ families,” said PP Sridhar of the Rotary Club of Chennai Info City.

A leading psychiatrist has told the government of Tamil Nadu there is no direct link between suicide and online gaming, as reported by a section of the media.

In a detailed presentation, Dr. Sandip H. Shah, Professor of Psychiatry and Dean, Government Medical College, Godhra, Shri Govind Guru University, conducted independent research on suicide and online gaming stating that suicide is a complex issue with many reasons for suicidal thoughts. And that online blaming should not be blamed because there is no correlation.

Interestingly, the study was peer-reviewed by Dr. Ajay Chauhan, MD, Hospital for Mental Health, Ahmedabad. And he certified the same. The research says coincidence and even some correlations don’t equal causation.

The research led by Dr. Shah has been executed in the public interest and aims to advise governments against harsh legislation based on misinformation. The research suggests that there is insufficient data in the public domain to conclude that suicide was caused by online gaming. It calls for a ‘rational’ settlement based on further research from the medical and scientific world. “There is not enough data available both before and after online gaming was legalized to correlate suicide with online gaming,” the study concludes.

According to the research, there are unintended consequences of strict regulations, which can drive online gaming underground, causing individuals to face potential stress and physical harm/threats, leading to suicidal thoughts from desperate situations. Furthermore, the questionable debt collection practices common in underground gaming exacerbate the situation. The study recommended collaboration between regulators, private companies providing online gaming services, and the medical and scientific communities to rationalize regulation.

Consider this one. The research extensively covered important aspects, such as how suicide is a complex problem caused by multiple factors. The survey included statistics on suicides, suicide prevention policies and strategies, specific cases reported in the media, online financial fraud and the need to involve all stakeholders, and the infrastructure support and intervention needed to prevent suicides in India.

So time and again, the study denied the alleged link between the suicides and online rummy.

The government of Tamil Nadu, to introduce new legislation to regulate online gaming, had formed a committee and asked all stakeholders for input.

Unlike betting, when run by legalized and responsible operators, online gaming provides users with the thrill of playing a game and also strengthens players’ cognitive skills.

The Esports Players Welfare Association (EPWA) has raised the issue with the state government not to criminalize online skill-based gamers.

While representing the Department of Home, Prohibition, and Excise Department of Tamil Nadu on Aug. 11, EPWA advised that online skill-based players should not be labeled as gamblers, the nonprofit said in a press release.

“Multiple legislation and placing skill-based games in the same category as gambling leads to criminalization of skill-based players,” said EPWA director Shivani Jha. “While India participates in international tournaments and developers create new games, it is imperative for the state to regulate online skills-based gaming.”

EPWA requested the government of Tamil Nadu to provide a safe haven for professional, amateur and casual online skill games “as an exemption from the scope of state-related gambling or gambling laws”.

Instead of blaming online gaming companies, it’s important to take mental health seriously, according to the study. It doesn’t happen in India. In India, people with severe mental illness often turn to temples and shrines first, not doctors. The main reason for individuals in India to lose their mental health is the lack of awareness and sensitivity about the issue. In addition, there is a significant stigma surrounding people who suffer from a mental disorder. Therefore, it should be noted that correlation does not equate to causation in the context of suicide. Suicide is a complex problem with many reasons and causes for suicidal thoughts.

The risk is especially high in South India (one in 29 men and one in 56 women) compared to other parts of India. A disproportionately high 42 percent of male suicides and 40 percent of female suicides occur in the four southern states of Andhra Pradesh, Karnataka, Kerala and Tamil Nadu, which make up 22 percent of India’s population.

The finding is consistent with observations in other parts of the world that increasing modernization, potentially leading to greater isolation and the collapse of family support systems, is associated with high suicide rates, while traditional societies have lower suicide rates.

The study further notes: “The available data from Tamil Nadu may not be sufficient to conclude that online games are responsible for pushing youth towards a suicide epidemic. Understanding this complex issue can be gained by conducting more in-depth research with a larger sample size and relevant, robust and validated research design to uncover the root causes for such suicides rather than relying solely on the hyped reports which can be misleading.”

The above views are those of the author.