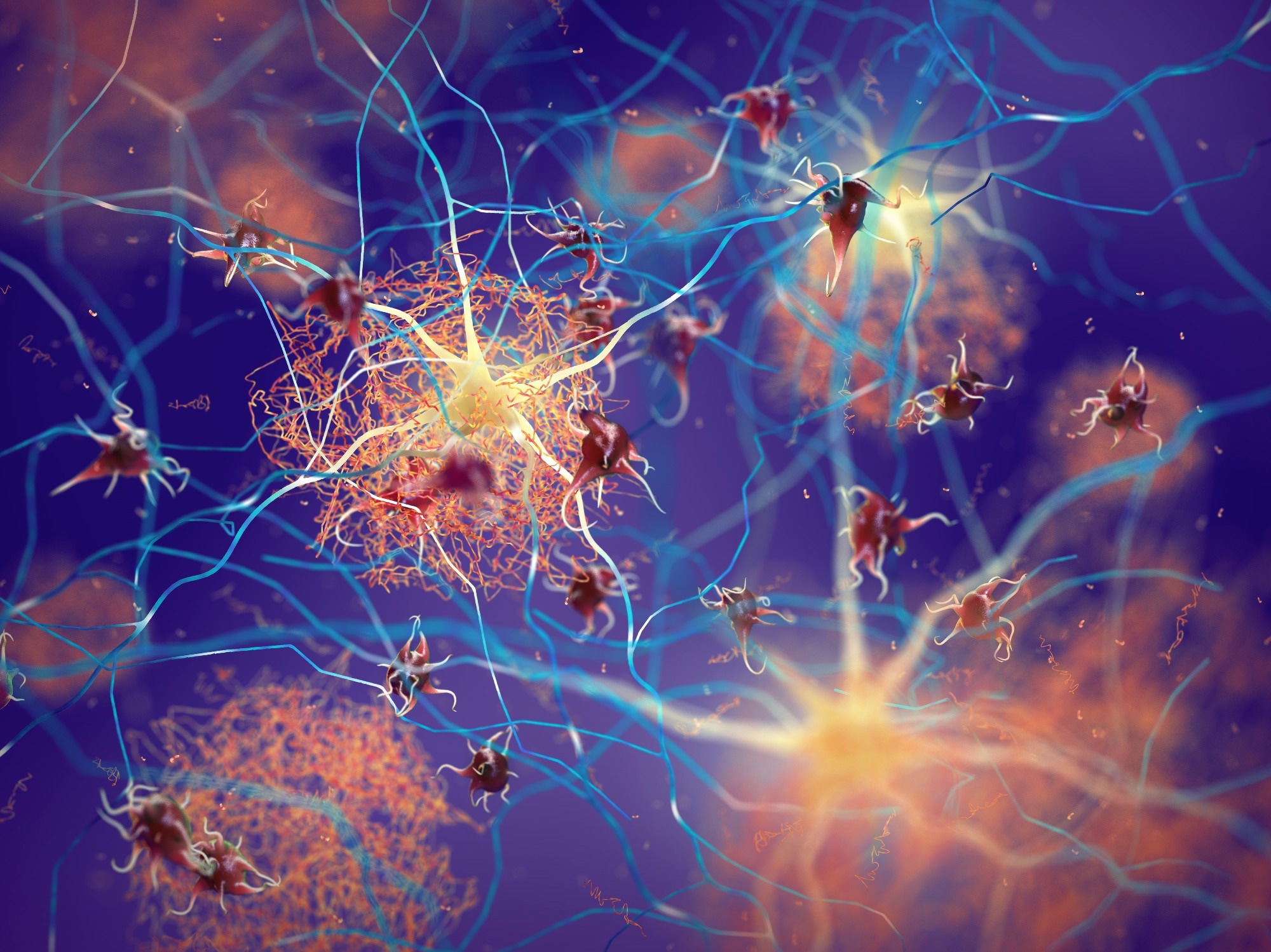 In a recent study posted to the bioRxiv* preprint server, an international team of researchers has demonstrated amyloid aggregation due to severe acute respiratory syndrome coronavirus 2 (SARS-CoV-2) in human cerebrospinal fluid (CSF).

The SARS-CoV-2 pandemic and the long-term neurological complications that resulted in patients, known as lung coronavirus disease (COVID), have rekindled interest in the relationship between viral infections and neurodegenerative brain diseases. While many viruses, including herpes simplex virus type 1 (HSV-1), can infect the central nervous system (CNS) and cause acute or chronic infections, there is a direct mechanical link between viruses and aggregation of proteins into amyloids – a characteristic of several neurodegenerative diseases – has proved difficult to determine.

In the present study, researchers showed that ex vivo protein amyloid aggregation was mediated by HSV-1 and ultraviolet (UV)-inactivated SARS-CoV-2 in the human CSF.

The team incubated live HSV-1 virus and UV-inactivated SARS-CoV-2 virus with CSF obtained from healthy individuals to determine whether viral particles could catalyze the amyloid aggregation of proteins in a complex human biofluid. The thioflavin-T (ThT) assay was used where ThT fluorescence was amplified after binding to amyloid fibrils to monitor the ability of the viruses to mediate amyloid production. In addition, the team observed the amyloid formation caused by the viruses in the CSF using transmission electron microscopy (TEM).

Furthermore, the amyloid aggregates produced by the viruses were collected and purified to describe the proteins found in the amyloid fractions. This was achieved by washing, centrifuging and dissolving the amyloid fraction in 99% formic acid after removing the associated non-amyloid proteins with 4% sodium dodecyl sulfate (SDS).

The study results showed that without virus added, CSF showed no significant signal that amyloid aggregation increased over time. While CSF with both viruses was able to cause protein amyloid aggregation in the CSF. In addition, a significantly weaker signal was produced by other controls, such as virus alone and uninfected cell media, which was consistent with the signal observed for isolated amyloidogenic proteins. The virus-added CSF produced maximal ThT fluorescence amplification noticeably greater than all controls. On the surface of HSV-1 and SARS-CoV-2, the team observed numerous fibrillar amyloid structures interacting, indicating processes of surface-mediated catalytic nucleation (HEN).

In plaques obtained from patients with Alzheimer’s disease (AD), the team discovered 135 proteins, including amyloid beta precursors such as protein 1 (APLP1), 2-macroglobulin, apolipoprotein E (ApoE) and clusterin. In addition, proteins associated with other amyloid diseases, such as transthyretin (TTR) and vitronectin, as well as proteins associated with Parkinson’s disease (PD), including ceruloplasmin, 14-3-3, nucleolin, and phosphoglycerate kinase 1 (PGK-1 ) were observed. These findings showed that viral particles were able to catalyze the amyloid aggregation of various proteins in human cerebrospinal fluid.

The study findings showed that HSV-1 and SARS-CoV-2 triggered a variety of proteins to aggregate in human CSF. The study also showed that UV inactivation did not eliminate the ability of viral particles to serve as a catalytic surface for amyloid nucleation. Given the significant catalytic function that viruses can play in this process, the role of viruses as the causative agents of protein aggregation in neurodegeneration should therefore be re-evaluated. Because of the SARS-CoV-2 pandemic, which has left many patients with long-lasting neurological symptoms after infection, it is critical to understand the processes by which viruses can cause neurological problems.

bioRxiv publishes preliminary scientific reports that are not peer-reviewed and therefore should not be considered conclusive, should guide clinical practice/health-related behavior or be treated as established information.