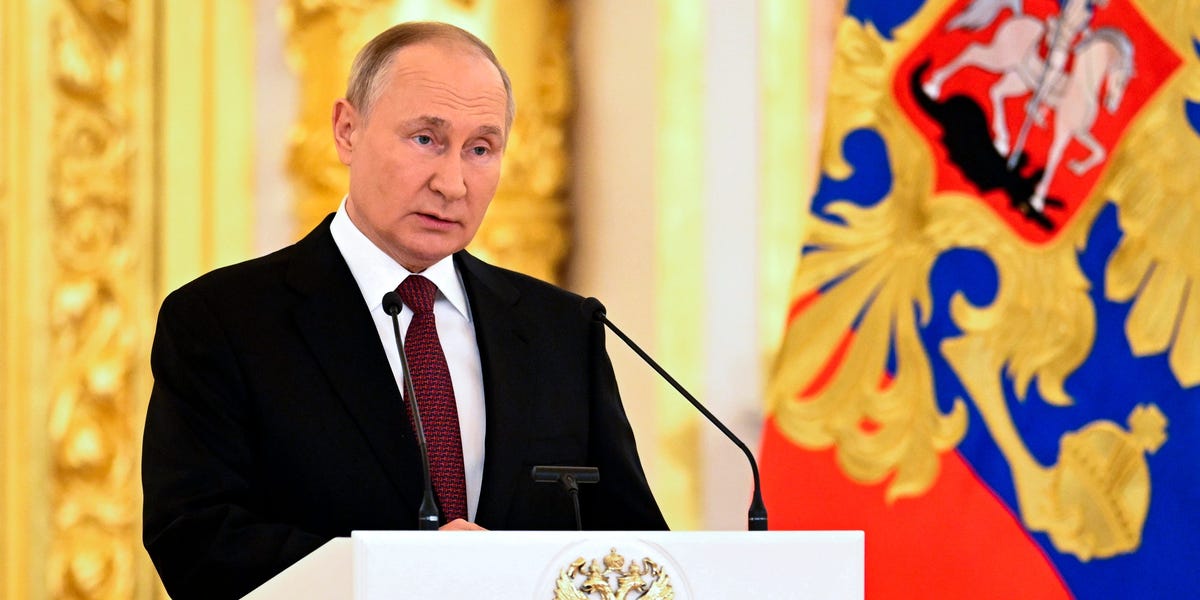 The Kremlin is weighing plans to raise oil and gas taxes in a bid to bolster next year’s federal budget, according to a report, as Western sanctions appear to be taking a heavier toll on Russia’s economy.

The new levy would raise about 1.4 trillion rubles ($50 billion), according to the Russian newspaper Kommersant, citing sources familiar with the matter.

The Treasury Department has also reportedly proposed a plan to increase taxes on oil exports.

The news of potential tax hikes comes as experts say Russia’s isolation from global markets is beginning to hurt its economy.

The US and European Union have imposed embargoes on Russian oil, while major gas importer Germany met its winter storage targets two months earlier as it tries to forgo Russian fuel.

According to the International Energy Agency, oil and gas exports account for about 45% of Russia’s federal budget.

The Treasury Department has stopped publishing monthly reports since the war in Ukraine broke out in February, but documents reviewed by Bloomberg showed it had lost billions to Western sanctions, with a budget surplus that rose by 137 billion rubles in August. ($2.1 billion) fell.

“The fact that they don’t publish a lot of economic data indicates that they know there are costs, but they want to hide the magnitude of those costs,” Don Hanna, an economist at UC Berkeley, told Insider last week. “All of this is intended to cover up the impact of the invasion of Ukraine on the Russian economy.”

Oil and gas export revenues have also fallen due to the ruble’s appreciation against the US dollar – with the Russian currency gaining 112% against the dollar since its 2022 low on March 8.

A strong ruble detracts from Russian income from oil and gas exports, as both commodities are valued in international markets in dollars or currencies other than the ruble. When Russia converts its energy revenues back into rubles, a high exchange rate means it loses money.

The Russian Ministry of Finance did not immediately respond to Insider’s request for comment.