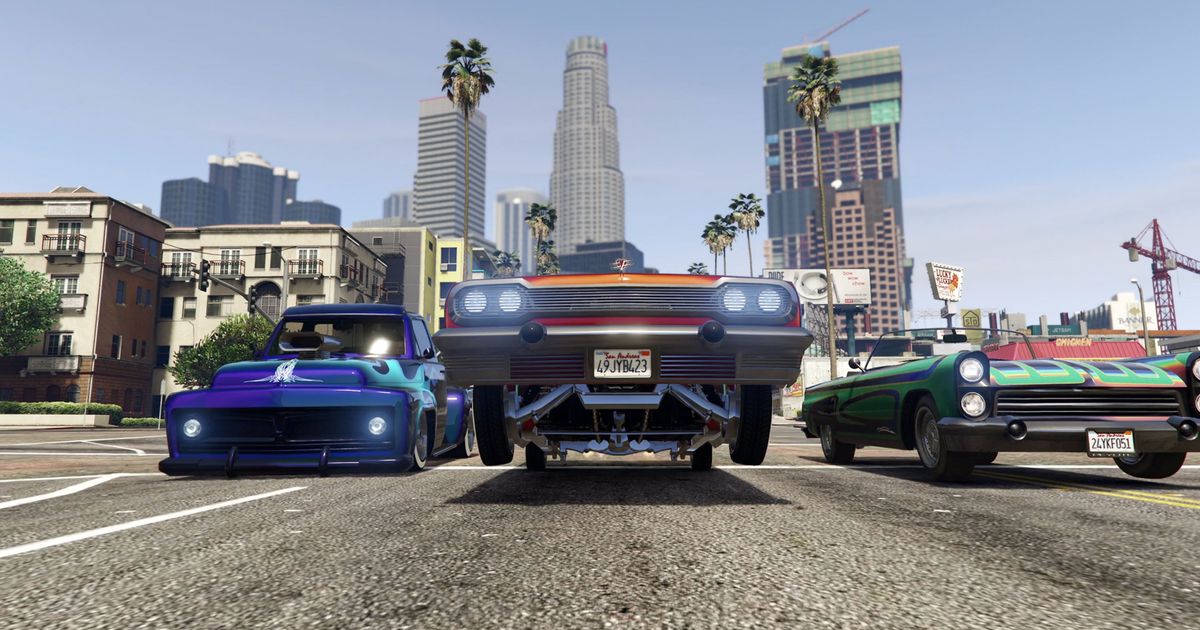 On September 18, 2022, at 4:26 a.m., a user on GTAForums calling himself teapotuberhacker posted nearly 100 videos totaling 50 minutes of footage from the highly anticipated Rockstar Games Grand Theft Auto 6. The unauthorized release of the material is described as “one of the biggest leaks in video game history” by Bloomberg reporter Jason Schreier. The day after posting the images, which appear to show the game in an early development state, the user reposted, claiming to have access to not only the source code of the upcoming Grand Theft Auto 6 but also Grand Theft Auto 5, the single-player and online multiplayer game released in 2013 that has brought in over $6 billion in revenue. The hacker wrote that they wanted to “negotiate a deal” in exchange for the undisclosed data.

Nearly 12 hours after the hacker’s original post, Rockstar Games released a statement saying: Twitter confirming a “network intrusion” by an “unauthorized third party”. It also confirmed that the images are the “next” Grand Theft Auto.” Since then, Rockstar Games’ parent company, Take Two Interactive, has made requests to YouTube and other websites, including Reddit, to remove the videos, citing a copyright claim; however, the videos were widely shared prior to these DMCA takedown requests. To date, many of the videos are still easy to find online. Now the internet is waiting to see what teapotuberhacker and Rockstar will do next, whether more footage and data will be leaked, how much further Rockstar will respond publicly, and whether a lawsuit is pending. Whatever happens, the leak is remarkable, both for its sheer size and the unobstructed window it provides into the early production of a Rockstar video game.

Here’s everything you need to know about the hack of one of the biggest and most secretive companies in the video game industry.

Lots of clear work-in-progress material of elements you would expect from a Grand Theft Auto title. There is a chase and various animation tests ranging from melee combat and car interiors (adjustable rearview mirror and sun visors) to weapon switching, almost all of which are covered in debug commands and technical information due to its unfinished state. One of the longest videos shows a restaurant robbery reminiscent of the opening of Quentin Tarantino’s Pulp Fiction. Despite many of the characters lacking textures (facial details missing), the game deftly captures a sense of dread in NPCs as the female protagonist points her gun at them.

It seems so, yes. This has been rumored for a long time, but the images seem to confirm that this is the case (although, it should be emphasized, Rockstar has not commented on this aspect of the leak). If this proves true, it would be a series first and perhaps a continuation of Rockstar Games’ increasingly mature approach to its output (the stoic Red Dead Redemption 2 is arguably the company’s creative pinnacle). That said, some of the material also depicts strip club scenes with a pronounced purple hue that may remind players of the company’s 2002 hit Grand Theft Auto: Vice City. In that game, Vice City was a replacement for Miami, so it seems likely that we will go back to Florida for the upcoming title. This seems all but confirmed by a leaked clip showing a train car with “Vice City Metro” painted on the side.

There is very little verified information about the hacker. In addition to the Rockstar leak, they have claimed responsibility for a recent Uber data breach, though this has yet to be confirmed. However, if true, it appears that the hacker used the same entry point for both, namely the messaging app Slack, where it is possible that Rockstar employees may have shared sensitive information that could have been used to access more material. . What we do know is that they cached Grand Theft Auto images in the early hours of Sunday morning before apparently going to bed. When they logged back in the next day, they wrote, “Okay, so this went viral unexpectedly. Woke up to 3000 Telegram DMs.” You have to wonder what the hacker expected before he leaked the images of one of the most hyped games ever, Internet meltdown would certainly have been on our bingo map of possible outcomes.

More yet unverified details are doing the rounds on various gaming sites. An administrator of the popular hacking forum Breached, who uses the username pompompurin, claims the perpetrator is a 16-year-old man living in the UK. They claim he has ties to the hacker group Lapsus$ that claimed responsibility for both the recent Uber hack and another on graphics card maker Nvidia. Eurogamer reports that the person is now under investigation by the FBI.

Should the hacker actually be in possession of the source code, this is undoubtedly Rockstar’s biggest headache right now. Source code is essentially the main code that allows a game (or any other computer program) to function. Should the hacker decide to publish the source code, it would likely mean a new deluge of information and footage from the game. When it comes to Grand Theft Auto 5, hackers with access to the source code would be able to understand how the game works and thus how to exploit it with increasing precision. This is particularly bad news for the online multiplayer component of the game, Grand Theft Auto Onlinewhich would be acutely vulnerable to cheaters.

In a broader sense, the published source code of a Rockstar title represents a veritable treasure trove of trade secrets. Since 2001 Grand Theft Auto 3, the first open-world 3D game in the series, Rockstar has continued to refine and expand its approach to open-world design. The depth and breadth of its virtual environments inspire envy of an industry that, in many ways, is always catching up with the company. It is possible that executives from rival game studios are closely monitoring the source code situation.

There has been no response from individuals at Rockstar, but you can imagine the executives are very angry indeed. In addition to the financial costs of investigating the breach and implementing security measures to ensure it doesn’t happen again, the hack has given gaming audiences an illegitimate peek behind the (iron) curtain of a company that otherwise maintains tight control over the security system. information that is shared outside the company walls. Indeed, Rockstar co-founder Dan Houser says, “Games are still magical. It’s like they were made by elves. I think you gain something by not knowing how they’re made.” The number-filled images that emerged from the hack contradict this carefully constructed image, showing how messy and complicated video games are to make, the way they are composed of the endless interplay of polygons, scripts, animations and the hard work of the people at the company itself.

That said, as Bloomberg has reported, the leak is likely to have a tangible impact on the company’s employees. According to the report, workers were “stunned” by the leak. “Many struggled with the implications of the event and how management would respond to it.” While there could be a negative impact on employees, given that security is believed to be tightened and the likelihood of fully in-office working increases, one also wonders whether some will be happy about the leak. After all, this is the first time the world has seen their work on a game they’ve been working on since 2014, if Bloomberg is right about when the game’s development began. That’s a very long time.

First and foremost, Rockstar is investigating the breach. It will continue to scrub the internet of the footage and then maybe start a lawsuit. What will definitely not happen is Grand Theft Auto 6 arriving earlier due to the hack (sorry, folks). Rockstar is extremely careful about revealing games. While the company has stated it doesn’t expect a “long-term impact” on development, it’s possible the title will experience a minor internal delay as a result of the disruption. For upcoming players, the waiting game for Grand Theft Auto 6 continues.