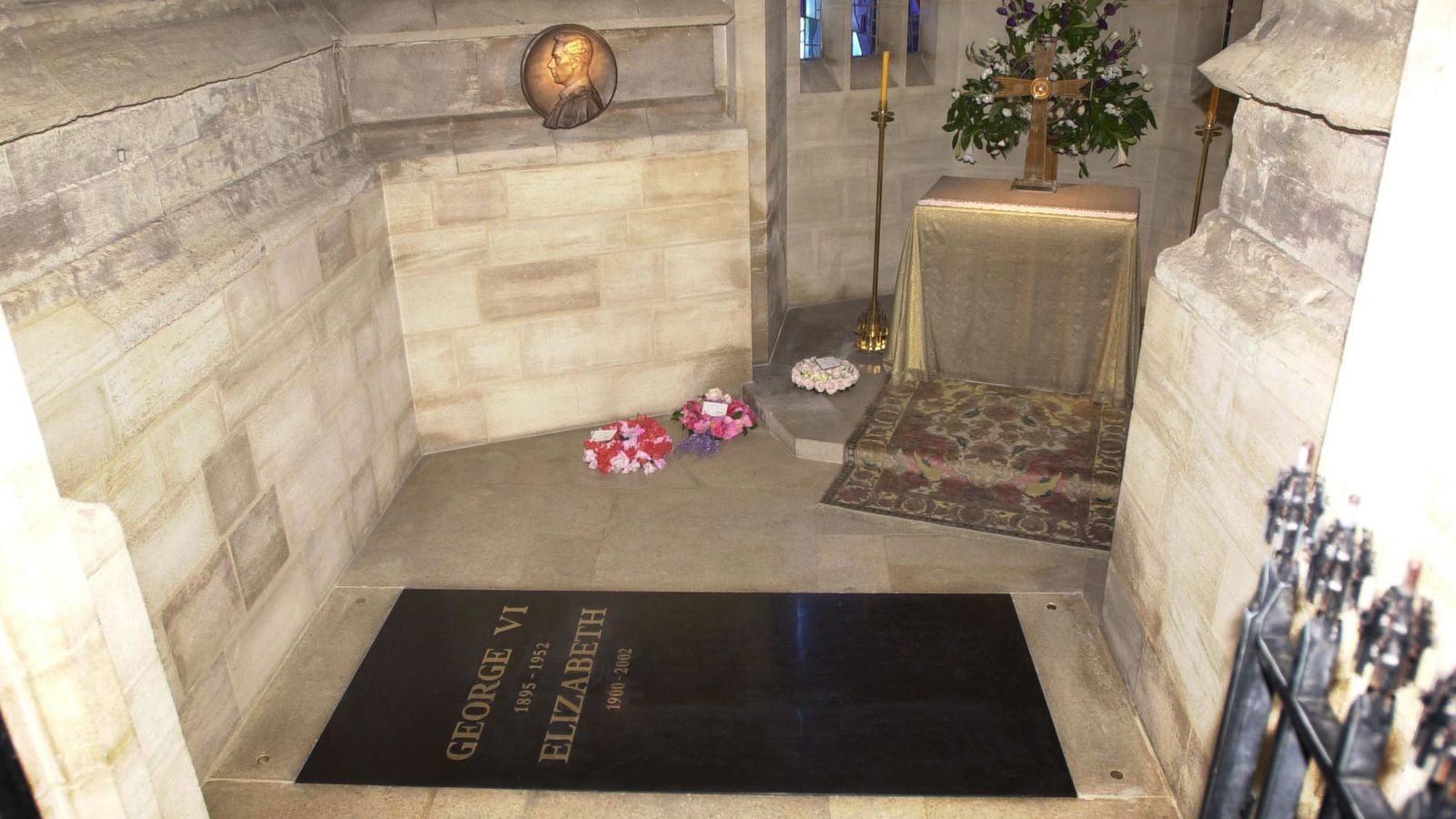 The Queen’s name is written next to her mother, father and husband on the ledger stone in the Windsor Chapel where she is buried.

The deceased monarch was laid to rest along with the Duke of Edinburgh on Monday night at a private service attended by the King and other members of the royal family, following her state funeral at Westminster Abbey and the funeral service in Windsor.

Buckingham Palace said the inscription on the ledger stone in the George VI Memorial Chapel now had the names of the… Queenher parents and Philip, along with their birth and death years.

The stone, which is new, has replaced the black stone slab set in the floor, which bore the names George VI and Elizabeth in gold letters.

When Philip died 17 months ago, his coffin was interred in the royal vault of St George’s, ready to be moved to the memorial chapel – a light stone outbuilding added in 1969 to the north side of the building behind the North Quire Aisle – then the queen died.

The Queen’s sister, Princess Margaret, who died in 2002, was cremated and her ashes were initially placed in the royal vault, before being moved to George VI’s memorial chapel containing her parents’ coffins when the Queen Mother returned weeks later. died.

King Charles flew to Scotland on Tuesday with the Queen Consort to mourn privately, while the royal family continues their mourning period for the queen.

He left Aberdeen airport after flying in from RAF Northolt in west London, reportedly en route to Balmoral – the estate on which the King’s Scottish home, Birkhall, is located.

He decreed on September 9, the day after the Queen died after her 70-year reign, that a period of mourning would be observed until seven days after the funeral.

Members of the royal family are not expected to perform official duties, and flags at royal residences remain at half-mast until 8 a.m. after the last day of royal mourning.

No date has been set for King Charles‘s coronation, but it is expected that, in keeping with royal precedent and because of the large amount of planning involved, it will be at least several more months before it takes place.

It is estimated that about a quarter of a million people personally paid their respects to the Queen by viewing her coffin as it lay in state in London.

Culture Secretary Michelle Donelan said on Tuesday that her department was still “crunching the numbers” on how many people had queued for hours to pass the casket at Westminster Hall, but she believed it was about 250,000. .

St John Ambulance said that, along with London Ambulance Service – both of which assisted during the national period of mourning, including caring for those in long lines to see the coffin – it had treated more than 2,000 people and sent about 200 of them to the hospital. hospital, mainly as a result of pre-existing health problems, tripping, slipping and falling.