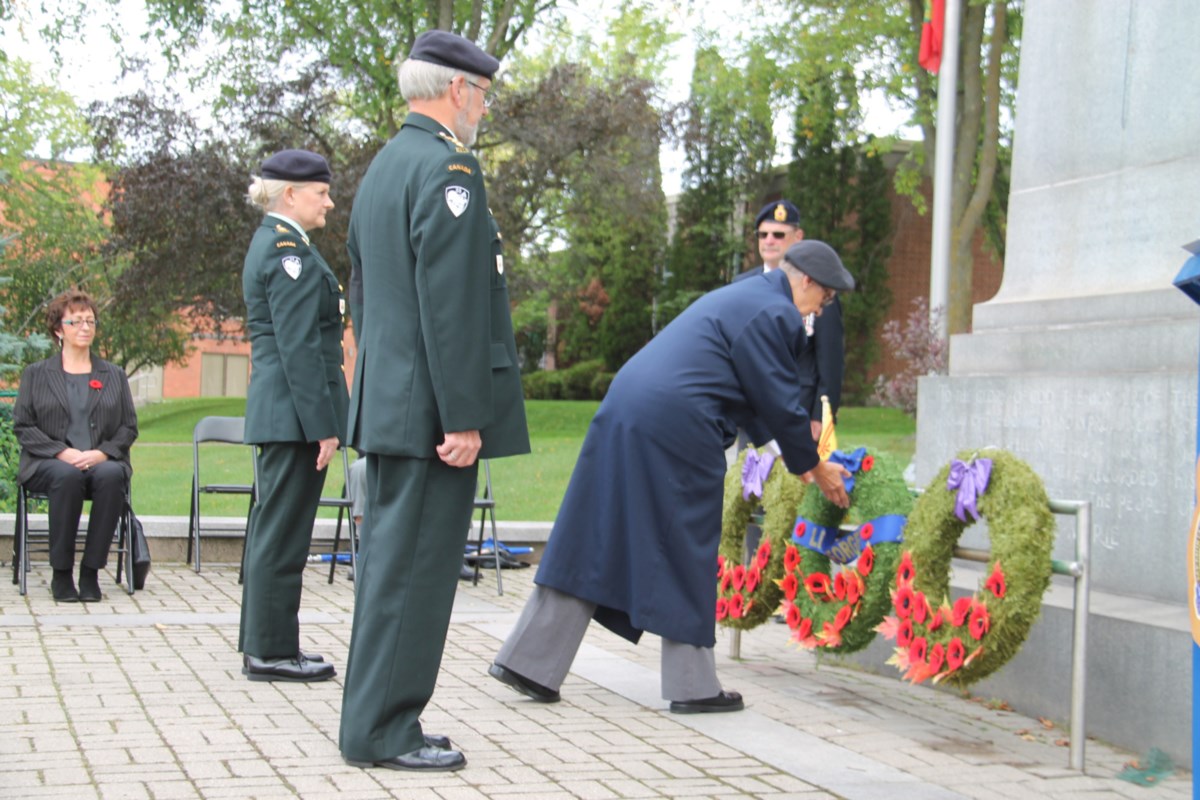 Royal Canadian Legion Branch 25 officers, along with the 49th (Sault Ste. Marie) Field Regiment, representatives of the Royal Canadian Artillery, cadets, police and members of the public attended a wreath-laying ceremony in honor of Queen Elizabeth II at the Cenotaph for de Sault Ste. Maria Courthouse on Monday.

The ceremony took place during the monarch’s funeral in London.

Queen Elizabeth II, head of state of the United Kingdom, Canada and several other Commonwealth countries, died on September 8 at the age of 96 after a 70-year reign.

“Longer than many of us have lived, Queen Elizabeth II reigned over us,” Helen Stewart, president of Royal Canadian Legion Branch 25, said in a speech at the Cenotaph on Monday.

About 35 members of the public attended the ceremony.

As the head of an organization made up of veterans that works to meet their needs, Stewart noted that Queen Elizabeth herself served in World War II.

“She had a passion for veterans. She treated Canada with respect and dignity and we return that respect to her today.”

“We felt comfortable in our relationship with her. It was like ‘she will be here forever.’ There will be many changes for those currently serving, for our veterans and for the Royal Canadian Legion and there will always be that hole in our hearts where she has lived for so many years.”

“With the passing of our beloved Queen Elizabeth II, a new era begins. We are charged with the same oath, but now we give it to her successor, King Charles III. We will pay him our allegiance as we did his mother. Long live the king,” Stewart said.