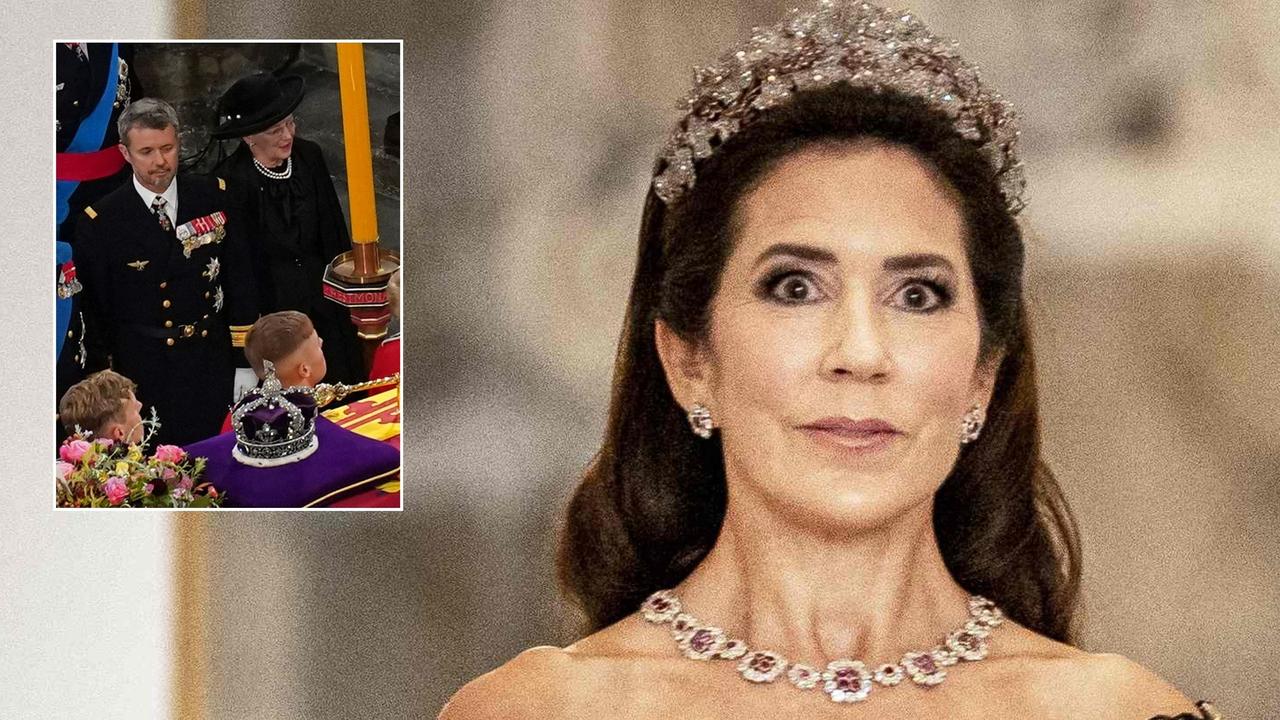 Australian-born Crown Princess Mary of Denmark failed to show up at the Queen’s funeral at the last minute on Monday.

The 50-year-old Tasmanian account manager who later became queen consort, who married into the Danish royal family in 2004, confirmed her plan to attend the state service last week via a palace statement.

“HM (Her Majesty) the Queen and the Crown Prince couple (Prince Frederick and Princess Mary) will attend the state funeral of Queen Elizabeth II on September 19, 2022 at Westminster Abbey in London, Great Britain,” the statement read at the time.

However, only Prince Frederik, 54, and his 82-year-old mother, Queen Margrethe II of Denmark, were photographed in the church, where they sat in the front row facing King Charles III.

The Danish Royal Family edited the first statement on its official website on Monday, which now reads simply: “HM the Queen and the Crown Prince couple will attend Queen Elizabeth II’s state funeral on September 19, 2022 at Westminster Abbey in London, Great Britain.”

There was no mention of Mary in the updated statement.

In what is described as an “embarrassing” gaffe, local outlet BT reports that Mary’s invitation to the funeral was made “by accident”, citing a spokesman for the Danish royal family.

“A deplorable error has crept into the invitation of the British Foreign Office protocol. So it is only the Queen and the Crown Prince who, from the Danish side, will participate in Queen Elizabeth II’s state funeral on Monday,” a spokesperson told the publication.

Only two dignitaries per country were reportedly allowed to attend.

The outlet’s royal correspondent, Jacob Heinel Jensen, said he believed the Danish royal family would be ashamed of the oversight.

“It’s really inconvenient and unfortunate. It has meant that the Royal House now has to say that a mistake has been made, and that is shameful,” said Heinel Jensen.

“I think the Royal House understands that a mistake has been made. I wondered when I was in London and the British media wrote that there were only two invitees per country. After all, you got the feeling that there really must be an extra close bond between Denmark and the British royal family when we get three invitations.”

Earlier this year, Princess Mary and Kate Middleton, now known as the Princess of Wales, joined forces for an engagement in Copenhagen.

The couple visited the Danner Crisis Center and Shelter, supported by the Mary Foundation, which works to protect women and children from domestic violence.

Kate and Mary, who first met in 2011, are two of the most powerful forces in their respective royal families, despite neither being born into royal life.

A mother of four, Mary was born a commoner in Tasmania, Australia, and met her now-husband Frederik, Crown Prince of Denmark, at a bar during the 2000 Sydney Olympics.