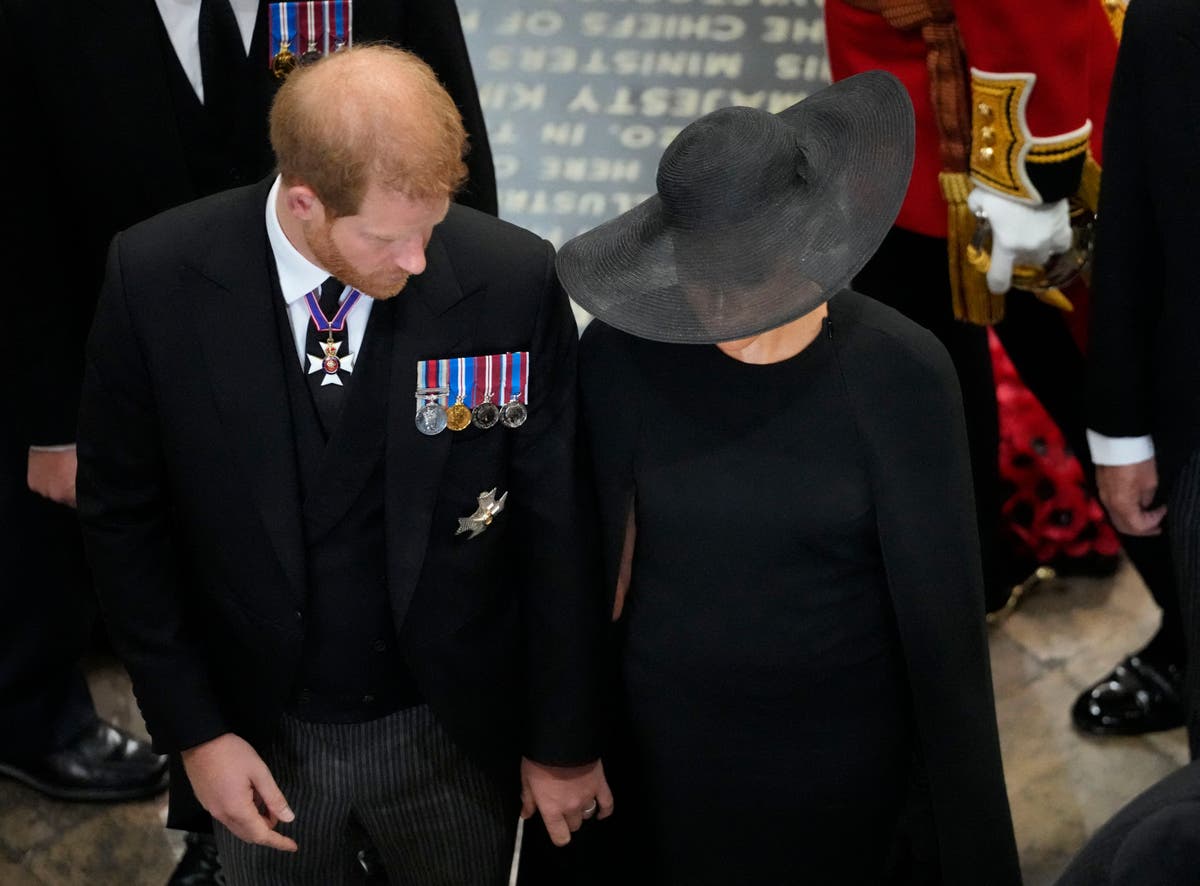 A guest at Queen Elizabeth II’s funeral has revealed the sweet gesture Prince Harry made to his wife Meghan Markle to make her feel more “at home” during the service.

On Monday, September 19, thousands of mourners and members of the royal family attended the state funeral at Westminster Abbey. During an interview with People About the event, funeral guest and lawyer Pranav Bhanot shared some of the moments he witnessed, including the one between Meghan and Harry.

Bhanot said there were points where the couple had to go “different directions” after “walking together”, prompting Harry to give his wife some extra support by giving her “a squeeze” of her hand.

“You saw the reassurance Harry gave Meghan in moments when they walked together and had to go in different directions,” he said.

“I noticed how supportive Harry Meghan was,” Bhanot added. “As they went their separate ways after the ceremony, he gave her a firm squeeze. I felt he wanted to make sure she was comfortable.”

While sitting in the second row during the Queen’s service, Meghan and Harry were also seen holding hands and comforting each other. The Duchess was later spotted wiping her tears outside the abbey, after the funeral.

Leading up to Monday’s bleak event, Meghan and Harry attended a memorial service at Westminster Hall, where they held hands again in a public display of affection that stood out from other members of the royal family.

The couple’s PDA was subsequently met with mixed reactions, as some people praised the gesture and others claimed it was “disrespectful.” Many social media users also indicated that criticism of their hand-holding was a “double standard” as the Queen’s granddaughter, Zara Tindall and her husband, Mike Tindall, also walked hand-in-hand when they entered the service last week. left Westminster.

Along with the Duke and Duchess of Sussex, many other people held their partner’s hands during Monday’s service, including Princess Eugenie and her husband, Edoardo Mapelli Mozzi. As they walked to their seats, we also saw many couples, including Zara and Mike and US President Joe Biden and his wife, Dr. Jill Biden, holding hands.

The Queen’s state funeral in Westminster and Windsor is now coming to a close as she is buried in a private funeral service attended by King Charles III and the rest of her royal family. Her coffin will be placed next to those of her late husband, Prince Philip, and her parents, King George VI and the Queen Mother.