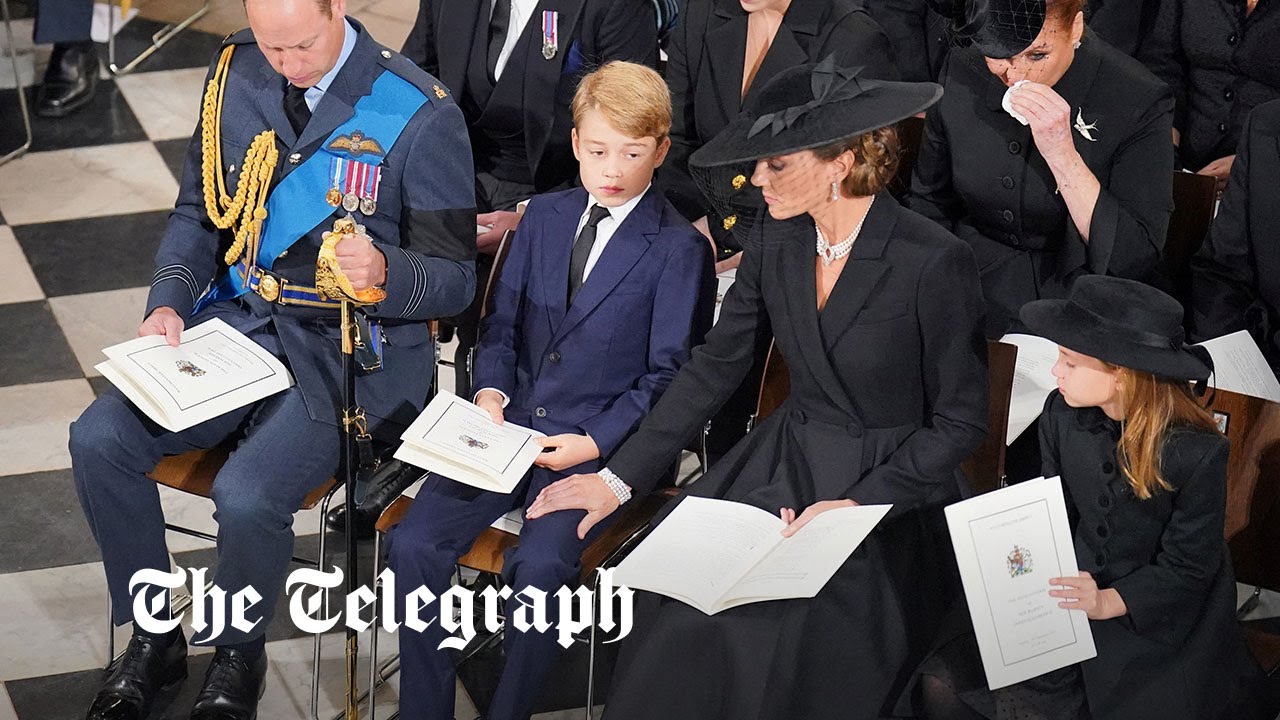 Princess Charlotte was dressed as a miniature version of her mother in a fitted coat.

At the Abbey’s Great West Door, George and Charlotte waited in perfect silence with their mother as the slow procession of the late Queen’s coffin made its way, accompanied by their father.

When it arrived, they bowed and bowed.

The Princess of Wales took her daughter’s hand to guide her into position as the Royal Family gathered again in new formation to move down the aisle.

George and Charlotte walked between their parents, while the nine-year-old schoolboy seemed to occasionally bump into his father as he walked to reassure him.

Princess Charlotte gently folded her hands in front of her.

Both children occasionally looked at the congregation and the scene of Westminster Abbey around them, walking as if in slow motion at the pace set for the bearer party.

The royal children are considered to be the youngest ever to perform such a duty on a state occasion.

During the hour-long service, they made a valiant effort to sing unfamiliar hymns and carefully studied their orders of service as sermons, lectures, and blessings were delivered to the congregation and millions of people around the world.

As they left the abbey and stepped into the sunlight, the Countess of Wessex wrapped an arm around her cousin Prince George as they watched the coffin drive away.

Behind their older relatives, they saw the right time to pay their respects and bobbed obediently.

From there, despite their young years, full of patience and energy, they boarded the waiting cars for the journey through London.