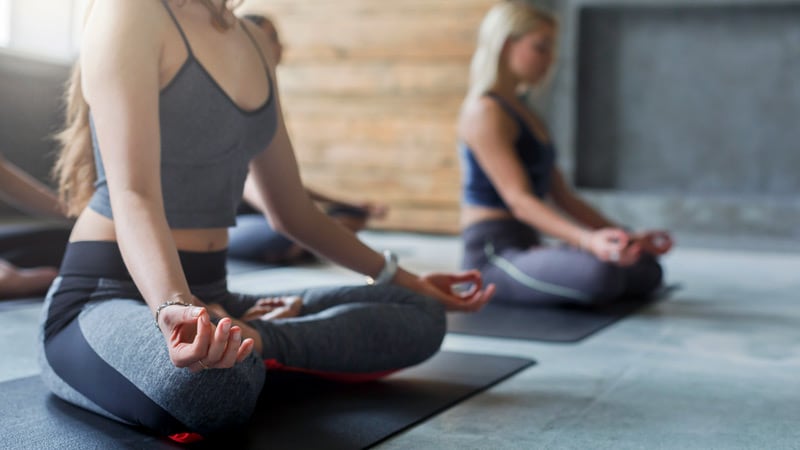 Following an online yoga program improves physical function in patients with knee osteoarthritis, according to results of a new randomized control study.

Although pain did not improve significantly in the yoga group, participants completed only about two-thirds of the recommended sessions, suggesting greater benefit may be possible with greater adherence, wrote lead author Kim L. Bennell, PhD, of the University of Melbourne, and colleagues. in the Annals of Internal Medicine.

“To date, no online yoga program specifically for people with knee osteoarthritis has been studied,” the researchers said. “The need for such evidence-based packaged online exercise programs is highlighted in the 2020 U.S. National Public Health Agenda for Osteoarthritis.”

The study included 212 adults aged 45 years or older with symptomatic knee osteoarthritis. All patients had access to online educational materials on managing osteoarthritis.

Half of the participants were randomized into the 12-week online yoga program. This self-directed, unsupervised course consisted of 12 pre-recorded 30-minute instructional yoga sessions, each with a unique set of poses that had to be completed three times in a week before moving on to the next class the following week. After 12 weeks, these participants could choose to continue with yoga for another 12 weeks via the online program if they wished.

The primary outcomes were knee pain and physical function as measured by a 10-point numerical rating scale and the Western Ontario and McMaster Universities Osteoarthritis Index (WOMAC), respectively. Adherence to therapy was defined as completing at least 2 yoga sessions in the previous week.

“I don’t think a longer program would necessarily reduce knee pain, because benefits from a whole range of different types of exercises for knee osteoarthritis can generally show benefits within 8 weeks,” Bennell said in an interview.

Still, she noted that the average outcome of the study may not represent what is possible if a patient commits to a regular yoga routine.

“I think it has more to do with adherence” [than duration]and I think benefits for knee pain would have been seen if a greater number of people had fully adhered to the program three times a week,” she said.

At week 12, 68.8% of those in the yoga group were adherent, while only 28.4% at week 24 after the optional extension period were still adherent.

“Because this was a self-directed program, adherence would be expected to be less than that of a supervised program,” Bennell noted.

Referring to unpublished data, Bennell said a sensitivity analysis showed that yoga group participants who completed yoga at least twice a week showed greater improvements in function and pain than those who did yoga less than twice a week.

“So it suggests that adherence is important, as we would expect,” she said.

Another tool in the OA Toolbox

Nick Trasolini, MD, of Wake Forest University School of Medicine, Winston-Salem, NC, described the benefits in the trial as “modest” and noted that the improvement in function did not meet the threshold for minimal clinically important difference.

“Nevertheless,” he said in a written comment, “the… [yoga] program was safe and associated with high participant satisfaction [mean satisfaction, 8 out of 10]. While this may not be the silver bullet, it is another tool we can provide to suitably motivated patients seeking non-surgical solutions for knee osteoarthritis.”

“While multiple injection options are available (including corticosteroids, hyaluronic acid viscosupplementation, and biologic injections), the benefits of these injections may be short-lived,” he said. “This is frustrating for patients and physicians alike. Physical therapy is beneficial for osteoarthritis of the knee when deconditioning has resulted in decreased knee, hip, and core stability. However, physical therapy can be time-consuming, painful, and prohibitively expensive.”

In the current study, yoga group participants were somewhat willing (average willingness, 5 out of 10) to pay for their 12-week yoga program. They reported that they would pay about $80 dollars for the chance to do it all over again.

The study was supported by grants from the National Health and Medical Research Council Program and the Centers of Research Excellence. The researchers revealed additional relationships with Pfizer, Lilly, TLCBio and others. Trasolini disclosed no material conflicts of interest.

This story originally appeared on MDedge.com, part of the Medscape Professional Network.