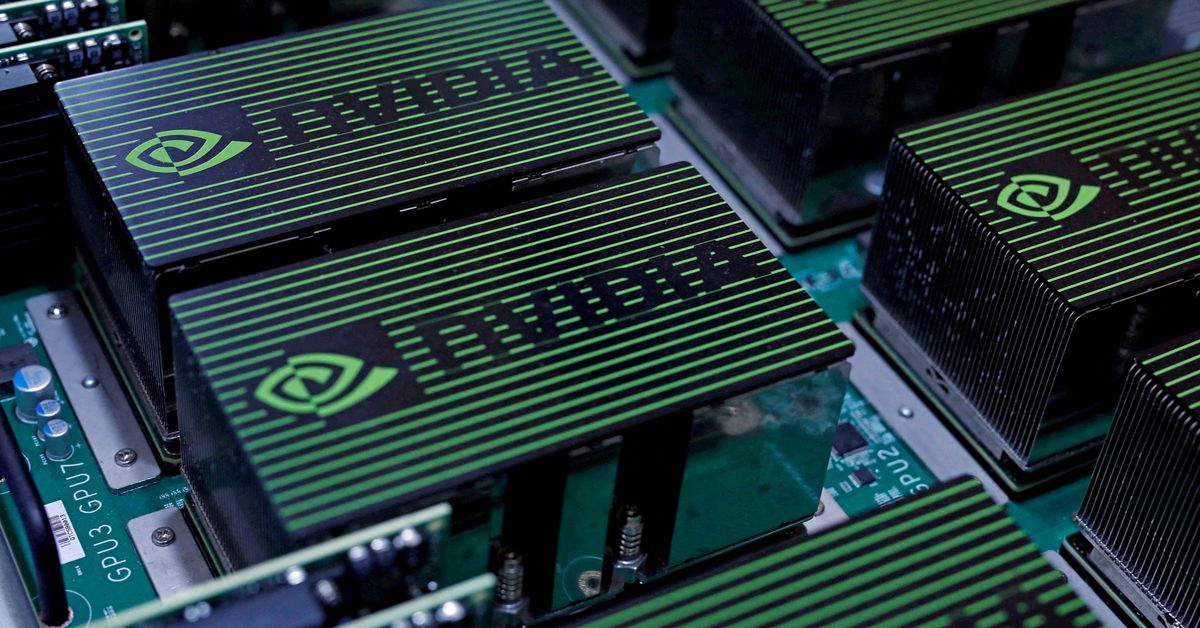 Nvidia Corporation’s logo is on display during the Computex annual computer exhibition in Taipei, Taiwan, May 30, 2017. REUTERS/Tyrone Siu

Nvidia has gained attention in recent years with its thriving data center business, which sells chips used in artificial intelligence, such as natural language processing. But the company’s roots are in graphics chips, which still accounted for 59% of $26.9 billion in revenue in its most recent fiscal year.

Nvidia designs its chips, but has partners make them. Huang said the chips will be made by Taiwan Semiconductor Manufacturing (TSMC) with its “4N” chip manufacturing technology, a change from Nvidia’s previous-generation flagship gaming chips, which were made by Samsung Electronics Co Ltd (005930.KS) .

In a media briefing, Matt Wuebbling, vice president of global GeForce marketing at Nvidia, said the Lovelace chips will be available for sale worldwide and will not be affected by a recently-imposed US ban on the sale of Nvidia’s best data center AI chips. to China. read more

Wuebbling also said the chips will not include a so-called hash-rate limiter, a technology Nvidia has used in its previous generation of chips to limit its use in mining the cryptocurrency Ethereum, due to recent changes in the way that currency is used. followed.