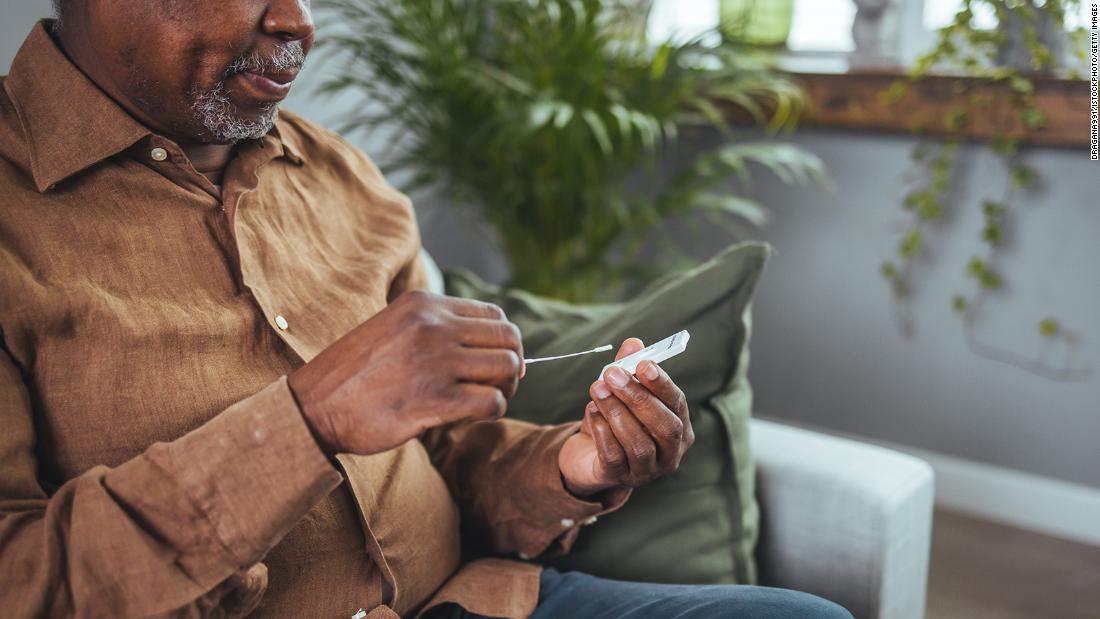 The study doesn’t show that Covid-19 causes Alzheimer’s disease, but it adds to the growing body of research linking coronavirus infection to cognitive function.

“In the Alzheimer’s brain, pathology starts about 20 years before symptoms start to build up,” says Dr. David Holtzman, a neurologist who leads a research lab focused on Alzheimer’s disease at Washington University School of Medicine in St. Louis. People would have to be followed for decades after a Covid-19 infection to prove it as a cause, he said.

Instead, a Covid-19 infection can cause inflammation that can exacerbate changes already happening in the brain, experts say.

“The brain has its own immune response to the pathology involved” [Alzheimer’s] disease progresses,” said Holtzman, who was not part of the new study. “If there are other things that cause inflammation in the body that can affect the brain, it’s likely that it could even amplify the process that’s already going on.”

Other viruses can cause similar inflammation, experts say.

Covid “is another of several dozen potential risk factors I’ve talked about with my patients,” said Dr. Richard Isaacson, a neurologist and director of Florida Atlantic University’s Center for Brain Health. He was also not involved in the new study, but is a researcher focused on risk prevention for Alzheimer’s disease.

Still, “when there’s smoke, at some point there’s fire,” he said. “I really believe this is something to at least pay attention to.”

Heather Snyder, vice president of medical and scientific relations at the Alzheimer’s Association, notes that broader implications of the pandemic may play a role in the study’s findings.

“The pandemic has caused serious delays for individuals seeking medical diagnoses such as Alzheimer’s disease, meaning these results could be caused by those who already had Alzheimer’s when they were infected but had not yet sought a formal diagnosis,” she said.

The study authors, along with Snyder and other experts, also identify this work as calling for more research into the underlying mechanisms of Alzheimer’s disease that could explain the association.

Masliah, who was not involved in the study, said there is some evidence that Covid-19 “may cause cognitive impairment”, but there are new ways to specifically confirm the link with Alzheimer’s disease.

A next step would be to follow long-term people at risk for Alzheimer’s disease after Covid-19 infection to track biomarkers in the blood and brain scans.

“In the coming years we will have a lot of very important information,” Masliah said. And it’s an “extremely important problem” to look at, given the magnitude of the disease.

“Wow. We’re looking at a lot of people over the next few years who could contribute to the already very large Alzheimer’s epidemic that we have.”

According to estimates from the Alzheimer’s Association, approximately 6.5 million people over the age of 65 are living with Alzheimer’s disease. And it was the seventh leading cause of death in the US in 2020, according to data from the US Centers for Disease Control and Prevention.

“Alzheimer’s disease is a serious and challenging disease, and we thought we had turned some of the tide by reducing common risk factors such as hypertension, heart disease, obesity and a sedentary lifestyle,” said Dr. Pamela Davis, a research professor at Case Western Reserve University and co-author of the new study.

“Now so many people in the US have had Covid and the long-term consequences of Covid are still emerging. It is important to continue monitoring the impact of this disease on future disabilities.”