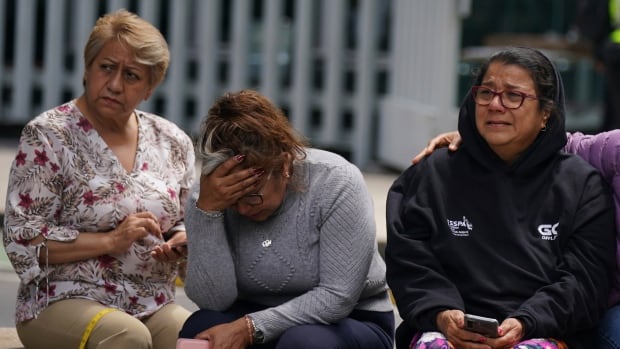 A powerful earthquake hit western Mexico on Monday on the anniversary of two devastating earthquakes, shaking buildings, power outages and residents of Mexico City clambering onto the streets for safety.

Shortly after 1 p.m. local time, the 7.6 magnitude quake struck near the coast of the Michoacan and Colima states border at a depth of about 15 kilometers, the US Geological Survey (USGS) said.

Mexico City Mayor Claudia Sheinbaum said there were no immediate reports of damage in the capital after the quakes, which swept through Mexico on the same day as major earthquakes that hit the country in 1985 and 2017.

“It’s this date, there’s something about the 19th,” says Ernesto Lanzetta, a business owner in the Cuauhtemoc borough. “The 19th is a day to be afraid of.”

The power went out in parts of the capital’s central Roma area, hundreds of miles northeast of the epicenter. Local residents are rocking pets on the street, while tourists visiting an area market with a local guide were visibly confused and upset.

The US Pacific Tsunami Warning Center has issued a tsunami warning for parts of the Mexican coast, saying waves from one to three meters above the tide level are possible.

Alarms for the new earthquake came less than an hour after the earthquake alarm went off in a nationwide earthquake simulation.