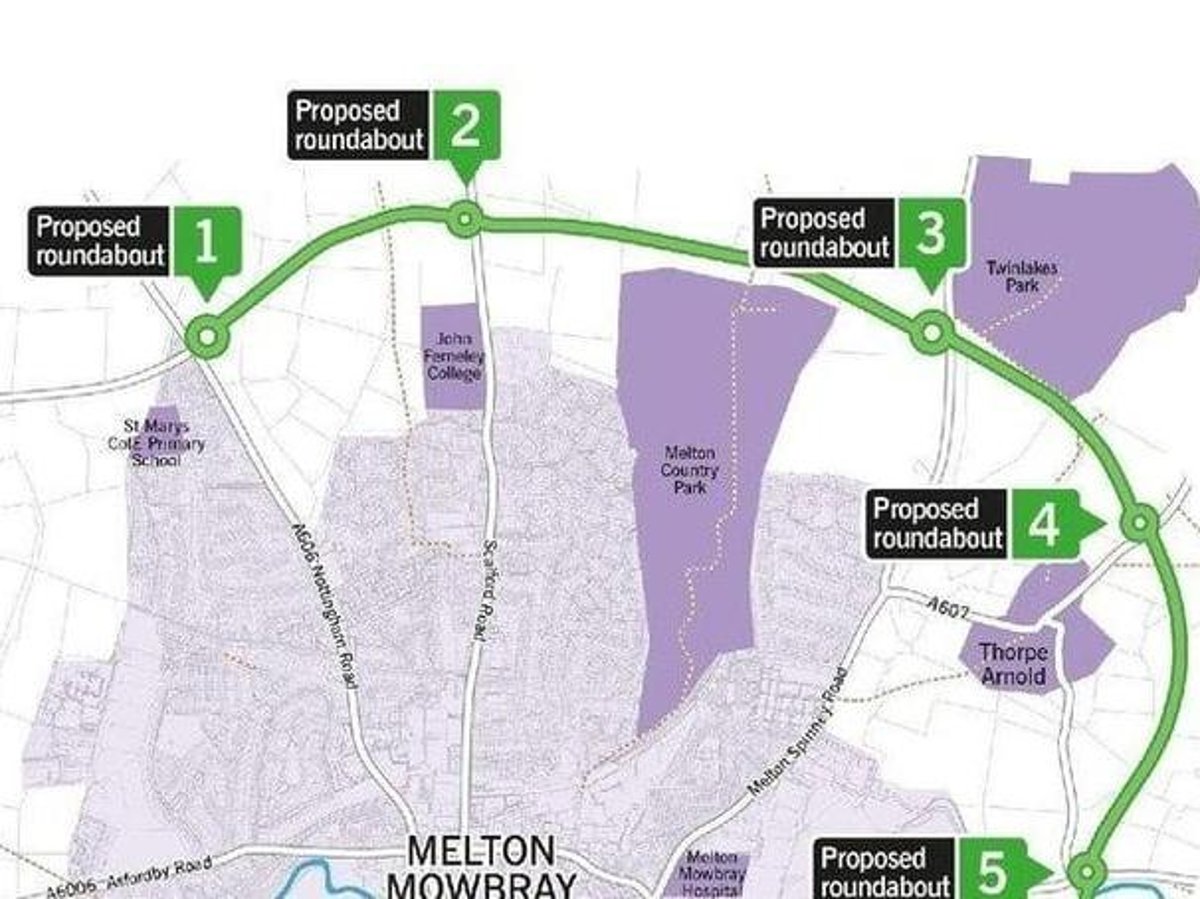 Work on the Melton Mowbray Distributor Road (MMDR), which would link the A606 Nottingham Road to the north with the A606 Burton Road to the south after passing east of the city, is set to begin in February next year with an expected opening off the road in the spring of 2025.

But County Hall announced in a briefing this morning (Tuesday) that it must make drastic cuts to avoid actually going bankrupt with the Melton relief road, one of the possible victims in next year’s planned capital program.

The County Council’s budget deficit is expected to grow from £8m to £28m next year – and could even exceed £140m by 2026 – as the ‘serious’ financial situation facing local authorities worsens.

Rising inflation, the Russian invasion of Ukraine, rising demand for services and the continued impact of the average cost of Covid are increasing at an unprecedented pace, the authority says.

Leader Nick Rushton confirmed that the MMDR project, which has been in the pipeline for more than 50 years, may now not go ahead as planned.

He said at today’s briefing: “The MMDR, along with the A511 in Coalville, should be on the long list of potential savings.

“We’ve had money from the government, hefty amounts, but unfortunately not enough to phase it out completely, so it remains in the mix.

“I’ve had long conversations with Melton Borough Council leader Joe Orson, he is fully aware of the problems we have but to say ‘it’s not in it’ would be a lie.

“All the capital arrangements will have to come into the mix because not only do we not have the government money, but we can’t afford the borrowing either.”

The municipality expects an inflation rate of 10 to 15 percent, but since the municipal tax is only increased by three percent, it does not have the revenue coming in to pay for all the services and projects it wants.

Demand for services is relentless, a report released by the council says, and is expected to rise by £18m each year, excluding the impact of inflation.

Capital costs – for road construction, schools and other one-off projects – could rise by £45m if infrastructure price increases are not reversed.

Councilor Rushton said a decision on whether or not to scrap the MMDR or other major projects from the budget should be made between December, when the amount of annual government funding is known to the council, and February, when the budget is adopted.

While there are no proposals at this stage, the report published today by the Board illustrates the challenge ahead by providing an initial list of potential areas to investigate for potential changes or reductions in service.