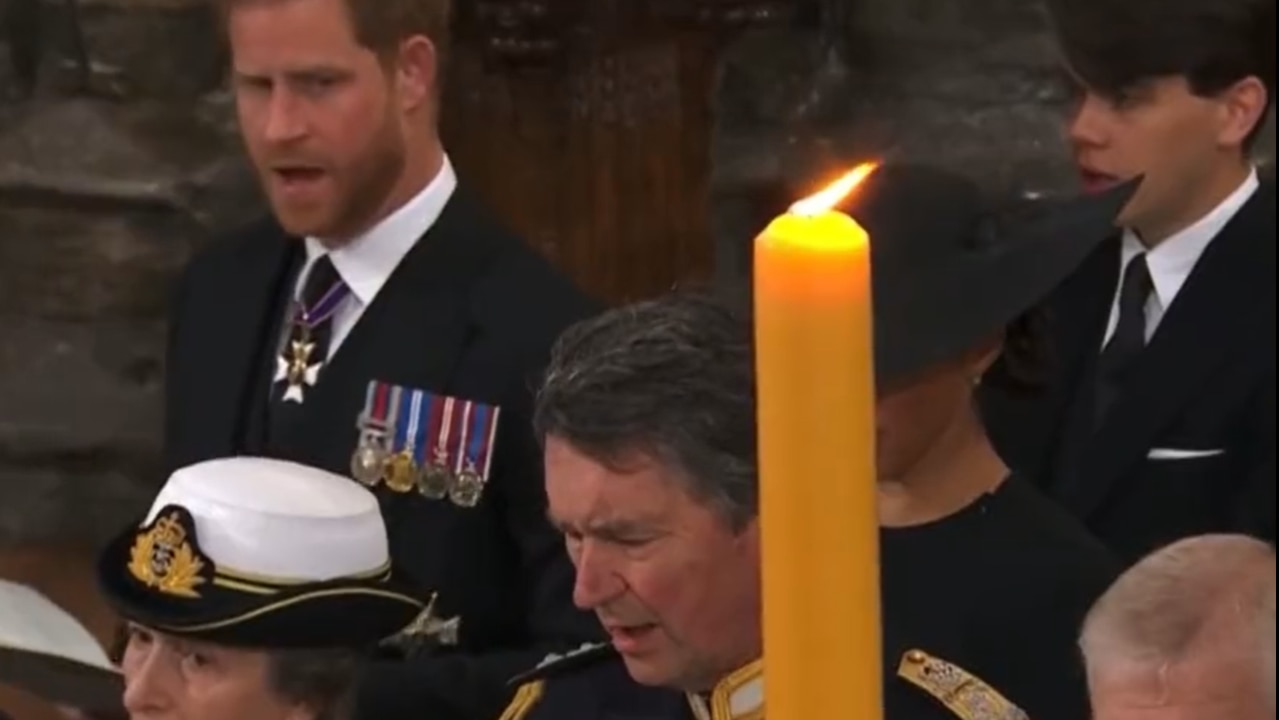 Meghan Markle appeared to be blocked by a candle on Monday during the live broadcast of Queen Elizabeth II’s state funeral.

The mother of two wore a black dress to match her outfit of matching heels and a wide-brimmed hat when she arrived at Westminster Abbey in London.

She seemed dejected as she got out of a car with Sophie, Countess of Wessex, Princess Kate and two of her children, Prince George and Princess Charlotte, closely followed.

Meghan, 41, made sure to honor Her Majesty by wearing a pair of sparkly diamond earrings she was given years ago when she was still a working member of the royal family.

The former actress and her husband Prince Harry sat in the second row, behind King Charles III and next to Princess Beatrice and her husband Edoardo Mapelli Mozzi, for the funeral service.

But a candle blocking her face is said to have been “strategically placed” to ban her from the broadcast, according to some social media users.

“That candle that protects Meghan from prying eyes who want to judge everything she does,” one person tweeted.

“Did they strategically place a candle to block Meghan’s face, lmao?” another asked.

A third Twitter user said she was “comforted” to know that Meghan’s head was obscured by a candle.

“On the sad occasion of Her Majesty’s funeral, I feel comforted to know that Meghan’s head is obscured by a candle,” they wrote.

“BBC footage shows a candle blocking the view of the Meghan Markle. If this isn’t poetic justice…I don’t know what is.”

Another said they didn’t want to be a “conspiracy theorist, but that candle completely blocks the view of Meghan”.

The Duchess of Sussex and Sophie, Countess of Wessex, were later seen together leaving Westminster Abbey after the funeral procession.