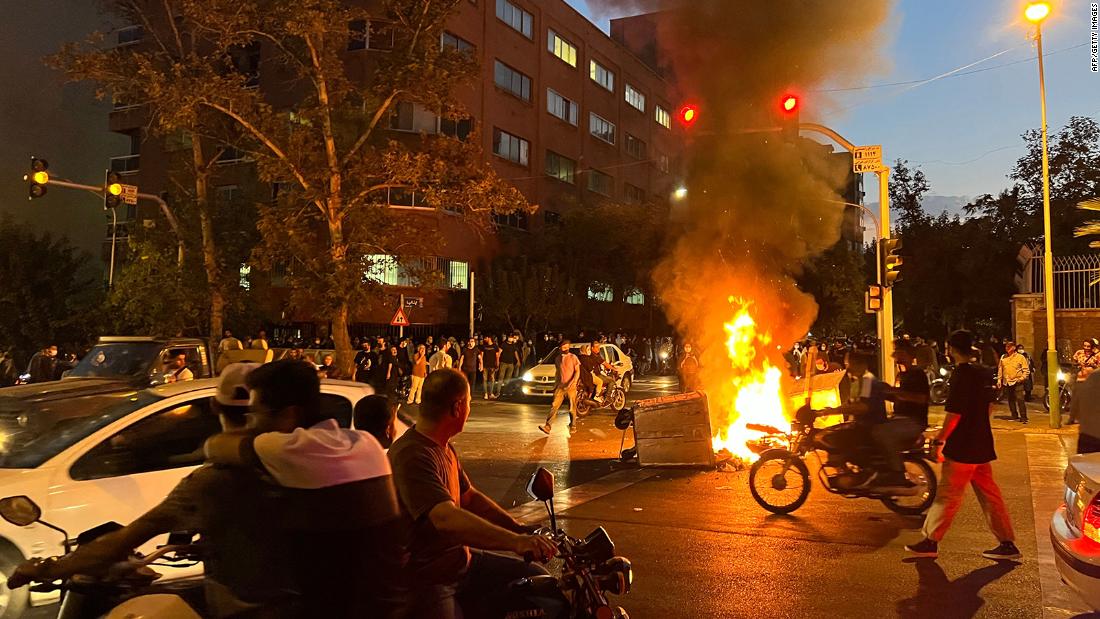 Hengaw Human Rights Organization, a Norway-registered organization that monitors human rights violations in Iran, said five people were shot dead during demonstrations in the Kurdish region of Iran on Monday. It said 75 others were injured in other cities over the weekend.

CNN was unable to independently verify reports of the dead and injured.

Protests erupted after the death of Amini, a 22-year-old Iranian woman who died in Tehran after being arrested by Iran’s vice squad last week.

Iranian officials said Amini died Friday after suffering a “heart attack” and slipped into a coma following her arrest last Tuesday. However, her family said she had no pre-existing heart condition, said Emtedad News, an Iranian pro-reform media outlet that claimed to have spoken with Amini’s father.

Edited surveillance camera footage released by Iranian state media appeared to have Amini collapse in a “re-education center” where she was taken to receive “guidance” on her clothing.

Iran’s vice squad is part of the country’s law enforcement and is charged with enforcing the Islamic Republic’s strict social rules, including the dress code that requires women to wear a headscarf or hijab in public.

Iranian officials said they performed an autopsy on Amini’s body. The director of Iran’s Forensic Medical Organization, Mehdi Forrozesh, said on state television on Saturday that the results would be released after further investigation by medical experts.

At a press conference on Monday, Greater Tehran Police Commander Hossein Rahimi said police had “did everything” to keep her alive.

But police statements were not accepted by protesters who took to the streets in Tehran and other cities on Monday demanding justice and accountability.

The semi-official Fars news agency reported that the protesters were “unconvinced” by the police’s justification of Amini’s death, claiming she died “under torture”.

A video shared by the Free Union of Iranian Workers showed protesters in Sanandaj chanting “death to dictator.” Another video showed women taking off their headscarves and waving them in protest in Tehran.

Separately, internet watchdog NetBlocks said on Monday that its real-time data showed “near total disruption of internet connectivity in Sanandaj”.