Have you seen the prices of those Nvidia RTX 40 cards? You might want to switch to cloud gaming for a while, and Logitech G has just what you’re looking for: an Android-powered handheld designed for just that task.

The Logitech G Cloud gaming handheld is listed at CAD 400 and will be released on October 18. It was also spotted in an Amazon US listing with a price tag of $350, although pre-orders have a lower price of $300. You can also find one on the Logitech G site.

Let’s take a closer look at the device itself. As you can see from the images, it is intended to be used with Xbox Cloud Gaming and Nvidia GeForce Now for cloud streaming, as well as using the Xbox app and Steam Link for local streaming from your console and PC. You can also download other streaming services, anything that works on Android (eg Google Stadia and Amazon Luna).

The Google Play Store is on board, but native gaming really isn’t the power of the G Cloud – it’s powered by a Snapdragon 720G, which is nice and efficient, but not suited for AAA gaming. If you want to try native gaming, you should know that there is 4 GB of RAM and 64 GB of storage, which can be limiting for more advanced games. However, you can expand the memory with a microSD card. 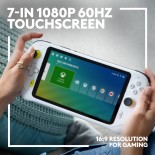 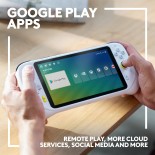 Efficiency is key though, this handheld promises over 12 hours of battery life (23.1 Wh battery). Charging is done in 2.5 hours via USB-C. There’s a 3.5mm headphone jack, Bluetooth 5.1 and stereo speakers so audio can be handled the way you want it.

There’s a 7-inch LCD screen onboard, a sharp 1080p panel with 450 nits of brightness, multi-touch support and a 60 Hz refresh rate. That’s a bit disappointing – cloud streaming isn’t very suitable for HRR gaming, but GeForce Now already supports 120fps streaming, for example. Still, the 1080p resolution is arguably the best thing about this handheld, as both the Switch and Steam Deck have 720p-class 60Hz displays (more on that in a moment).

The handheld relies on Wi-Fi for its internet connection. The 720G supports Wi-Fi 5 (ac), but not 6 (ax). There’s no 4G or 5G connectivity either, you have to be within Wi-Fi range (the 720G only supports 4G anyway). 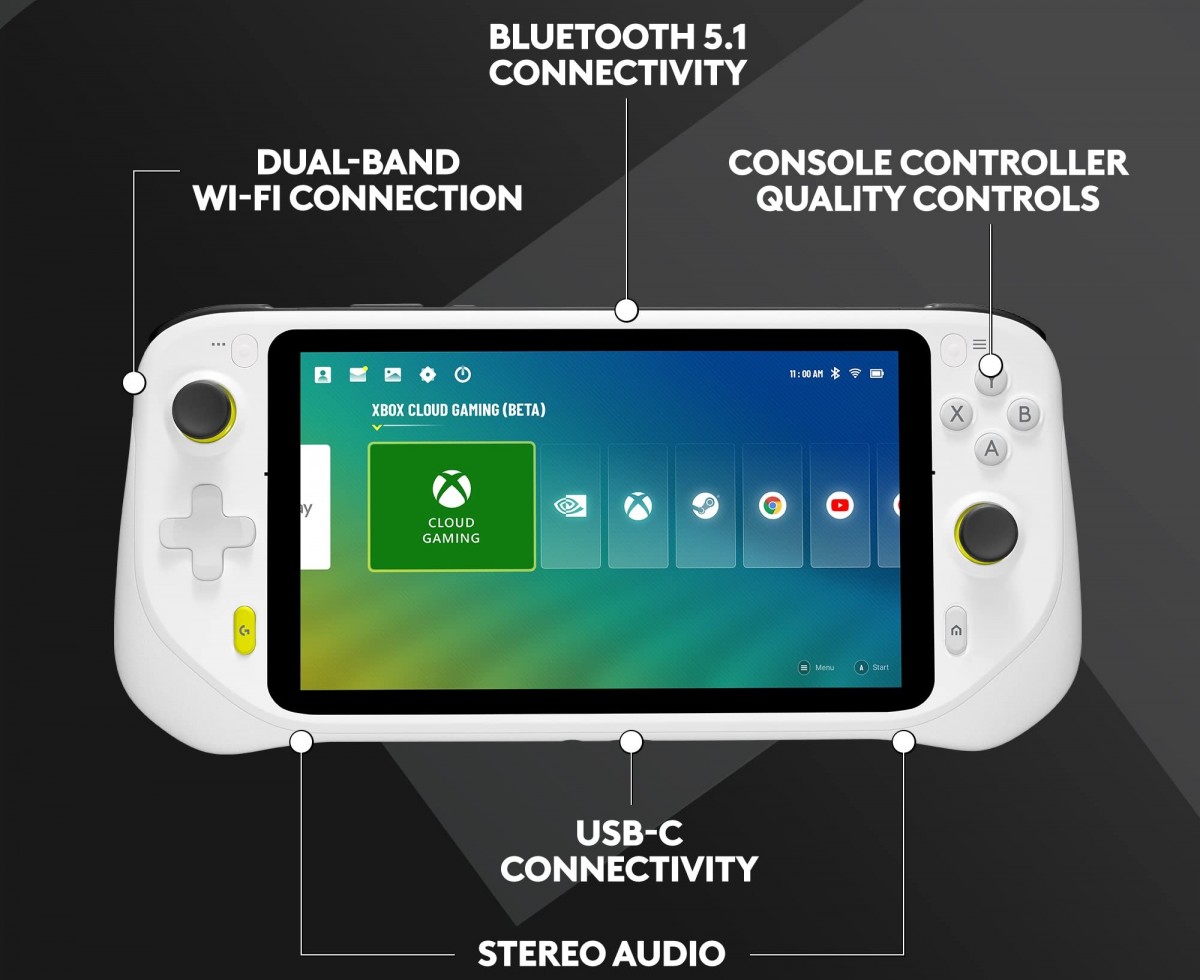 The Logitech G Cloud has left and right analog sticks, L & R analog triggers, two bumpers, a D-pad and A/B/X/Y buttons. The controls are reassignable. There is also haptic feedback and a gyroscope on board. The device weighs 463 grams. In comparison, the Steam Deck (7″ 1280 x 800px screen) is 669g), the Nintendo Switch OLED (7″, 720p screen) is 398g (with Joy-Cons).