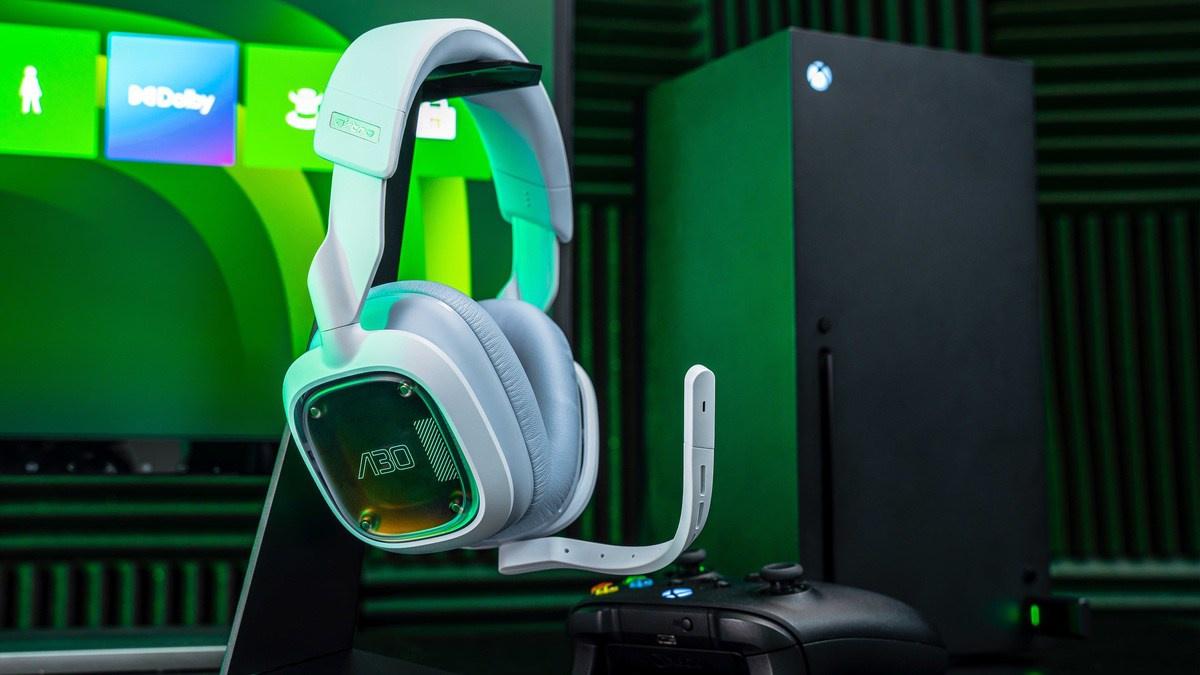 Gaming is probably one of the world’s most popular pastimes and hardly a week goes by without another piece of technology hitting the market with the promise that it will give you the competitive edge you need to win. And having industry-leading technology is essential at a time when gamers use PCs, game consoles and portable gaming platforms like the Nintendo Switch. Logitech’s new Astro A30 headset is designed to work with them all.

This latest piece of gaming technology combines fashion and functionality in a multifunctional headset that is available in the PlayStation or Xbox variants. The Astro A30 is designed for all platforms and even offers customizable speaker tags, just like the popular A40 model. Gamers can customize the controls and connect up to three devices using the Logitech G Mobile app, allowing players to create their ideal gaming experience across all platforms.

The Astro A30 combines Logitech’s reputation for comfort and flexibility with the latest gaming performance, including optimization for simultaneous multi-device connectivity and custom mixes. The Astro A30 works with PlayStation4, PlayStation5, Xbox One, XB Series X|S, Nintendo Switch, PCs, macOS, iOS and Android.

The A30 connects quickly and reliably thanks to Logitech’s LIGHTSPEED wireless technology. Both the PlayStation and Xbox versions come with their own LIGHTSPEED USB dongle. For games played on both consoles, Logitech sells specific LIGHTSPEED dongles separately, along with spare earbuds, detachable microphones, and cables.

The speakers used in the A30 are 40mm dynamic drivers that deliver big sound and clarity. With an on-ear joystick control, gamers can mute, mix, adjust volume, play, pause and more. The audio and gaming experience can be customized on the go with the Logitech G Mobile app, available for iOS and Android.

More than one device can be used at the same time, thanks to the professional LIGHTSPEED 2.4GHz wireless dongle, which can connect to a PC, Mac, PlayStation4, PlayStation5, Xbox One, XB Series X|S. There’s built-in Bluetooth for portable gaming devices, plus an old-fashioned 3.5mm aux cable for everything else.

Gamers can choose between using the Astro 30’s detachable boom microphone or the built-in version. There is a sidetone for both mics and the level setting can be applied to both mics. Each microphone provides clear sound, with the boom arm providing maximum focus, while the built-in microphone makes the headset look sleeker.

A single charge of the headset provides over 27 hours of battery life for wireless use on all platforms, ensuring at least a few days of gaming. When it’s time to upgrade, a USB-C charging port ensures that the Astro 30 is fully charged in no time. And thanks to a built-in accelerometer, the A30 headset turns itself off as soon as no movement is detected after 30 minutes. That amount of time can be adjusted using the Logitech G Mobile App.

The A30 is not only a wireless headset, but can also work as a wired model, even if the internal batteries are completely empty. By simply plugging in the external boom mic and plugging the headset into any device with a 3.5mm port, gaming can continue.

The Astro 30 ships on October 4 and is available in white and navy blue. Gamers can also personalize their headsets with interchangeable custom speaker tags, and the tag fit is the same as that on the Logitech A40 headset. There is also a curated collection of tags to purchase or users can create custom designs using personal images.

The Astro A30 has swiveling ear cups so that the headset can lie flat when worn around the neck or when stored in the included hard carrying case. The design is intended to be displayed in public, during streams or as part of a battle station.

Verdict: The Logitech Astro A30 wireless gaming headset offers all the connectivity and features a gamer could wish for. The choice of two microphones is handy and the sound quality from the 40mm drivers is great, even when listening to hi-res music. With the Astro A30, Logitech has created an incredibly versatile wireless headset that gives gamers an edge.