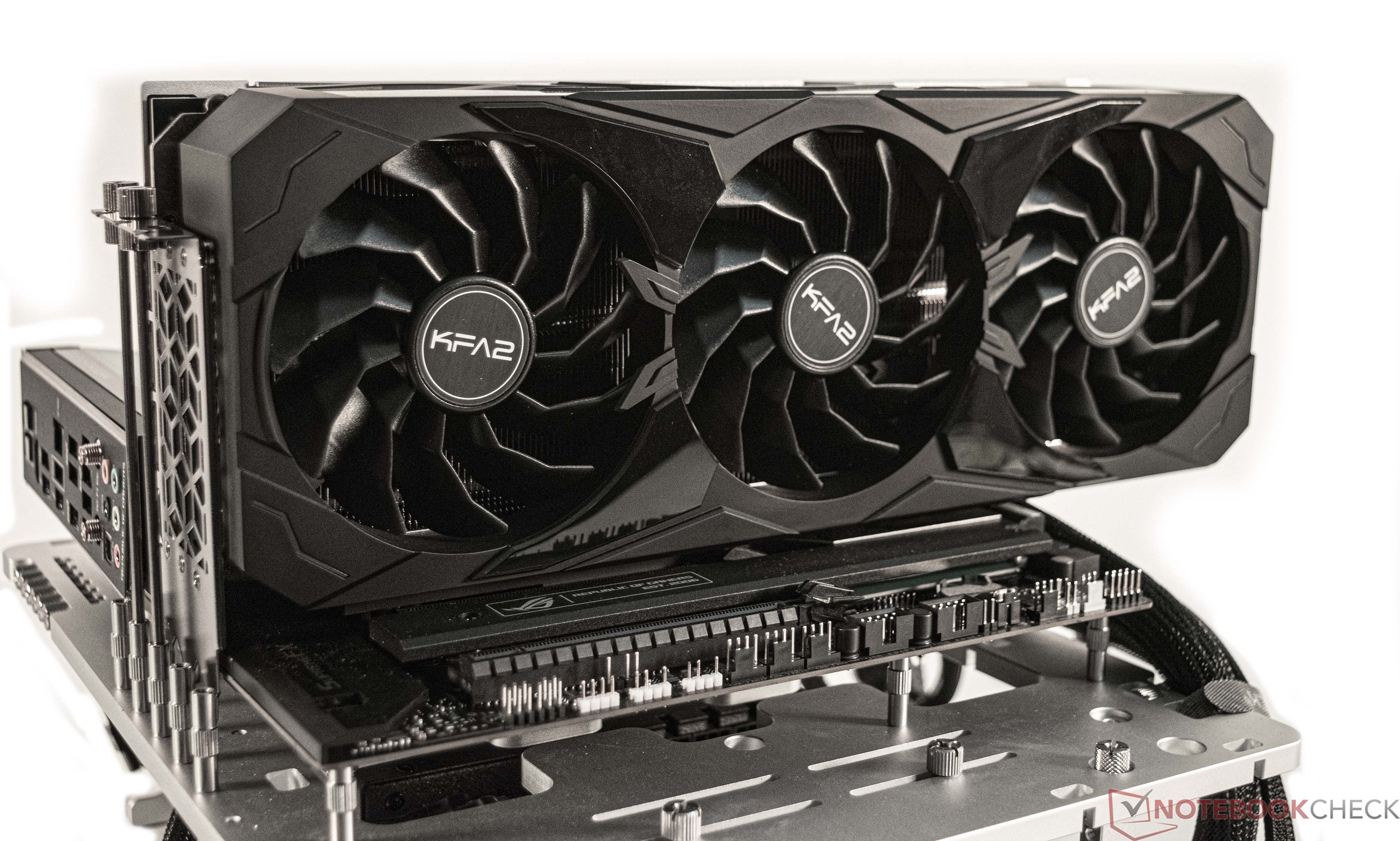 The power consumption of the KFA2 GeForce RTX 4090 SG is no exception when compared to other GeForce RTX-4090 models. At 450 watts, the default power limit is as high as other RTX-4090 models. However, there are some variances between the different models in the optional power target. With another 13% you increase the power limit of the KFA2 GeForce RTX 4090 SG to about 510 watts. Nvidia’s Founders Edition even allows up to 600 watts, and the Palit GeForce RTX 4090 GameRock OC only allows 500 watts. But in practice this does not play a major role, since the power limit of 450 watts is reached only in the rarest cases. The consumption in the FurMark stress test is slightly higher than 370 watts. At that point, the GPU temperature remains a cool 65°C (145°F) and the fan speed is only 1,300 rpm. With 39 dB(A), the graphics card is quiet audible.

The KFA2 GeForce RTX 4090 SG uses a massive heatsink with three large 102mm (~4in) axial fans. Optionally, you can also install an additional 102 mm fan at the back. However, you must be sure of compatibility with the motherboard used. In our case, we couldn’t install the extra fan because the Gigabyte X670E Aorus Master’s RAM banks prevented it.

If we compare this with the power consumption of the entire test system, that is about 546 watts during gaming. This is only slightly more than compared to the Nvidia GeForce RTX 3090 Founders Edition. At the same time, we still measure a significant performance increase, so the GeForce RTX 4090 takes a huge step forward in terms of performance per watt. We also measure some consumption peaks of up to 700 watts for our test system. KFA2 specifies a power supply capacity of at least 850 watts for the GeForce RTX 4090 SG. In contrast, some other manufacturers specify a minimum of 1,000 watts, which we believe is a bit too high.

With regard to the 12VHPWR connection, we would like to point out here that you must ensure that the plug is fully and correctly inserted in the connector. But there were no issues in this regard with any of the RTX-4090 models we’ve tested so far.