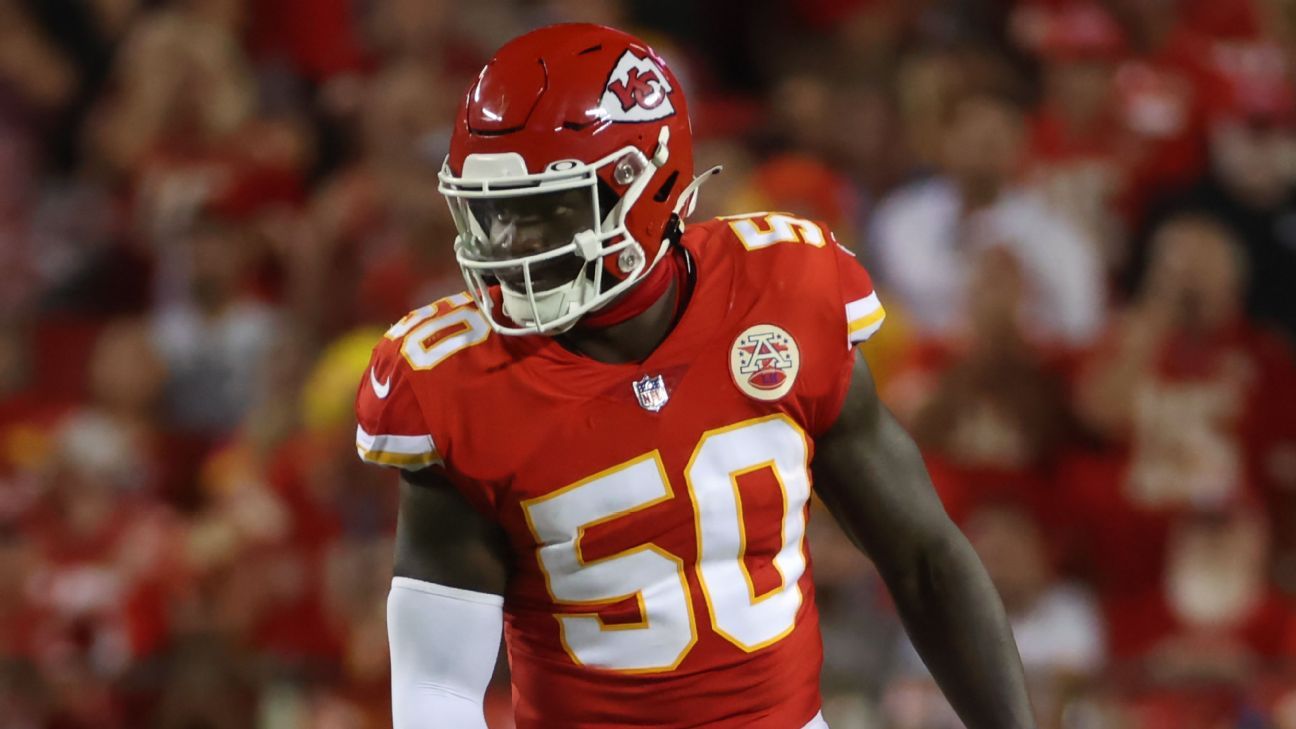 Kansas City, Mo. — Chiefs linebacker Willie Gay has been banned for four games by the NFL for a violation of the league’s personal conduct policy.

Gay was arrested in Overland Park, Kansas, in January for criminal property damage of less than $1,000, a felony.

Gay’s suspension is effective immediately. He will miss games against the Colts, Buccaneers, Raiders and Bills and is eligible to return after the week 6 game against Buffalo.

Gay agreed to a diversion program this summer to resolve the criminal case.

Under NFL rules, Gay will be prohibited from entering the Chiefs’ practice facility or interacting with team officials for the next two weeks. After two weeks, he can enter the team facility and attend team meetings.

Gay started both games for the Chiefs this season and is tied for second on the team in tackles at 16. He is also tied for the team lead in tackles for loss (2) and passes defended (2).

Nick Bolton was the Chiefs’ other starting linebacker, as Kansas City opened in nickel defense against the Cardinals and Chargers in the first two games.

The Chiefs drafted a linebacker, Leo Chenal, in the third round of the 2022 draft. Chenal has played 32 of 137 defensive snaps this season, third most on the team at linebacker. The Chiefs’ other linebackers include veterans Elijah Lee and Darius Harris, who have played primarily on special teams, and uneducated rookie Jack Cochrane.