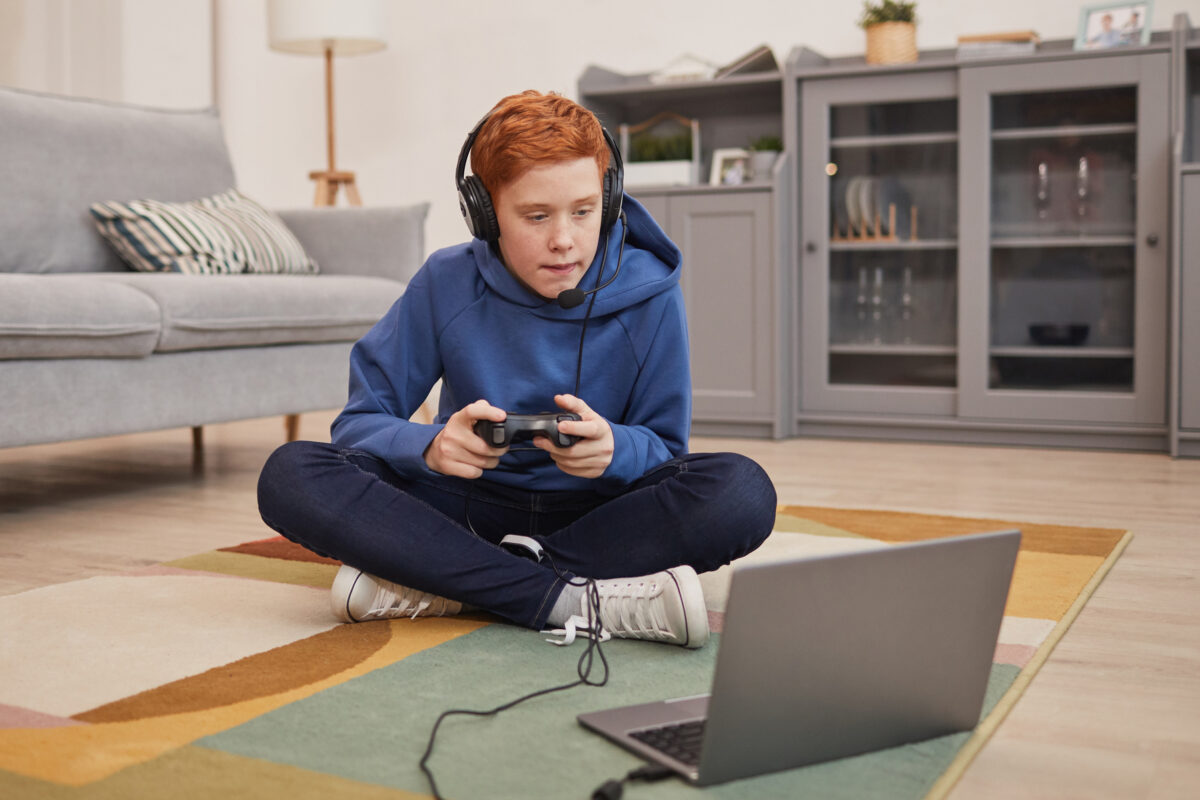 Jacob was 22 when his parents brought him to see me at the office. He still lived at home and only worked a few hours a week to help with his father’s renovations. His parents worried about Jacob’s total lack of ambition.

He had no job except his father’s occasional work, no education after high school, no interest in further education – vocational or otherwise – and no plans for the future. He played video games for at least 40 hours a week, the equivalent of a full-time job.

“Tell me about your best friends,” I asked.

“I have dozens of them. Where do you want me to start?” answered Jacob.

“Just tell me the first names of three of your best friends,” I replied.

“When was the last time you saw Jonathan?” I asked.

“When was the last time you had a boyfriend at your house?” I asked.

‘Yes, I see what you mean. The virtual world is not as good as the real world, is it?” said Jacob.

“Well,” I said. “I think real-world relationships are more important than relationships that only exist online or in a virtual world.”

Jacob spent way too much time playing video games. The games had supplanted everything else.

“The only effective intervention in this context is complete abstinence,” I told his parents. “You have to exclude Jacob’s access to video games. Get the Xbox out of the house. Destroy it or give it away. Eliminate all access to the Internet, including the cell phone.”

“That’s right,” I replied. “You are an adult. You are free to walk out of your parents’ house. But if you leave,” – and I glanced at the parents – “don’t let your parents support you. At the moment you live in the house with your parents, but you do not pay rent. They pay for your food and your internet access. If you want to stay in their house, you have to follow their rules.”

Video games have been around for half a century. This year we celebrate the 50th anniversary of Atari’s launch of Pong, the first video game to go viral. But 50 years ago, even 20 years ago, it would have been rare to find a boy who neglected every other aspect of his life for gaming. Now it becomes commonplace.

Jacob’s story is extreme, but I hear about a lot of guys – and it’s almost always boys, not girls – who neglect their schoolwork and social lives to stay in their room with their door closed, headphones on and controller in hand while them their games. The games are just too good.

When you invest 40 hours or more to master an immersive role-playing game like Red Dead Redemption 2, you feel like you’ve really accomplished something when you’re done – something meaningful and substantial. The guys tell me it’s much more satisfying than studying Spanish or American history.

As a family doctor, I’ve been concerned about boys and video games for years. In 2007, I wrote a book called “Boys Adrift: The Five Factors Driving the Growing Epidemic of Unmotivated Boys and Underachieving Young Men.” Video games are one of those five factors, and they’re the factor most often involved when a guy actually falls off the job, like Jacob did. More recently, I’ve written an updated second edition of “Boys Adrift” because things have only gotten worse.

With my encouragement, Jacob’s parents followed my instructions. They donated the Xbox and all its video games to Goodwill. They took the computer out of his room. They protected their own computer with a password and refused to allow their son access.

Four weeks later they were back as I requested.

“It’s unbelievable, the difference,” his father said. “At work, for example. It used to be pulling teeth to get Jacob to help me in the first place, and I had to check everything he did. Now he shows initiative and does the job better than me.”

His mother said, “It wasn’t easy. Not at first. Jacob didn’t speak to us at all for the first week. He made his own meals and took them to his room. But then, after about a week, he started eating with us. And he seemed to just wake up. It was as if he had been in the dark about playing video games all those years. Maybe he just wasn’t sleeping enough. Now he really talks during dinner.”

His father said, “He just seems smarter now. He understands better. He has a better attention span. He has more patience.”

“If it were up to you, would you start playing video games again tomorrow?” I asked.

Jacob showed no insight. He was unaware of how video games had supplanted the daily activities of his life.

How do you know if your son is a video game addict?

Scholars disagree on whether video game addiction qualifies as its own psychiatric diagnosis. But as a primary care physician, I’ve seen firsthand that some kids—especially boys—are really addicted. What’s the difference between just spending too much time playing video games and actually being addicted to them? The Mayo Clinic suggests several key signs that your child is becoming addicted to video games:

It is important for parents to distinguish between their children who spend too much time playing video games and a serious addiction. In my experience, if a child is addicted to video games, abstinence is the only solution that really works. That means getting the game console out of the house and giving away all the games.

Tips for the boy who just needs limits

But what if a child spends too much time playing video games but hasn’t lied about it or gets mad at not being allowed to play and has agreed to the need for limits? This boy is not really an addict. I devote two chapters of “Boys Adrift” to presenting the research on this topic and making fact-based recommendations, but here’s a summary for the kid who needs limits but isn’t an addict:

If your son spends too much time playing video games but is not addicted, explain why limits are needed and set the limits I recommended above. If you need some encouragement about setting boundaries authoritatively—how to be “just right but not too hard”—I humbly recommend reading my book, The Collapse of Parenting.

If your son is addicted to video games, don’t wait for him to show insight into his situation. I’ve seen many parents who expect their 11-, 15-, or 24-year-old son to act logically based on evidence they find compelling. The parents will say: “Look how much time video games take of your life. See how your friendships have withered since you spent 20 hours a week in front of a screen. Look how tired you are all the time, except when you’re playing the game!”

The problem is that your child may not understand this damage.

Do not wait. You may be waiting for months or even years. If your son is one of the millions of guys who have made video games replace everything else in their lives, you need to act decisively. If you don’t, who will?

This article was originally published on the Institute for Family Studies blog.