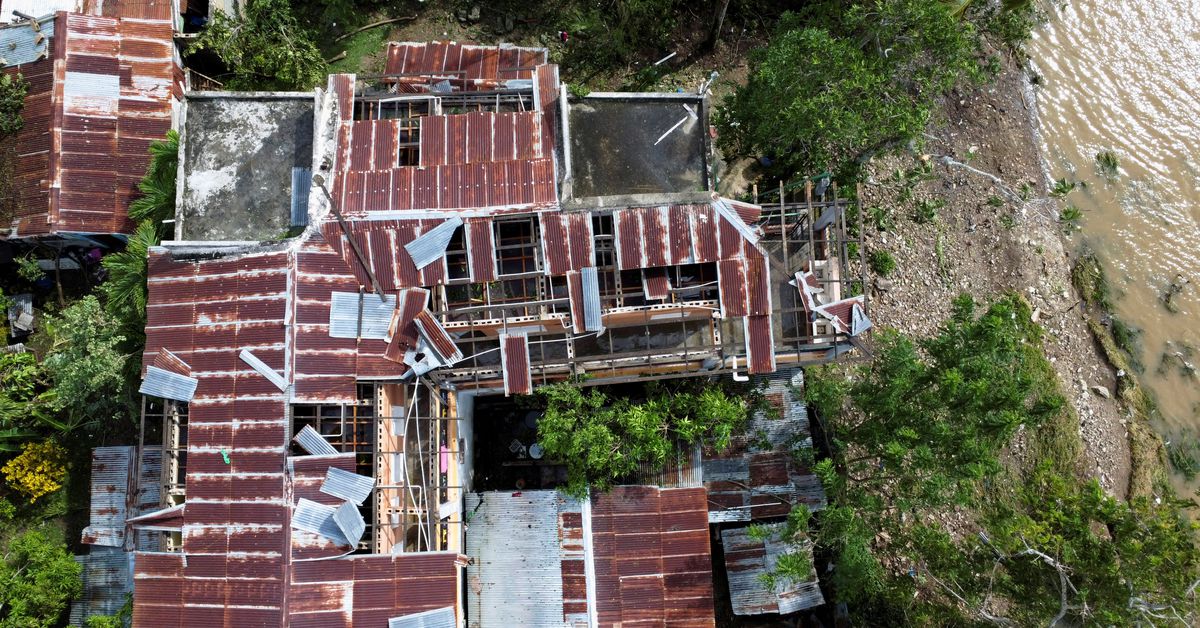 SAN JUAN, Puerto Rico, Sept. 20 (Reuters) – Hurricane Fiona hit the Turks and Caicos Islands as a powerful Category 3 storm on Tuesday, pouring heavy rain and causing flooding in the Caribbean archipelago after breaking a path of destruction through the Dominican Republic had cut and Puerto Rico.

US officials said the storm had claimed four lives in Puerto Rico. A fifth person was killed in Guadeloupe earlier this week.

The storm hit Grand Turk, the largest island of the Turks and Caicos Islands, on Tuesday morning before hitting the main archipelago several hours later.

Fiona, boosted with winds of 125 mph (201 kmh), headed north toward Bermuda Tuesday evening and was expected to strike as a Category 4 storm on Thursday, the National Hurricane Center (NHC) said.

Turks and Caicos deputy governor Anya Williams said five islands had been hit by power outages, but no deaths had been reported yet.

“By closing the country early, we have been able to save lives,” Williams told Reuters. She said her government was in talks with the British Royal Navy and the US Coast Guard, and the British Navy’s patrol vessel HMS Medway is expected to arrive Tuesday evening to assist with rescue efforts.

Jaquan Harvey, 37, a businessman living in Grand Turk, said the wind pushed rainwater through the seams of the windows and doors as his house shook.

“It was very loud, like giants were screaming and roaring outside,” Harvey said. “You could feel the pressure of the air as everything rattled.”

To the south, the Dominican Republic and Puerto Rico were stunned by the storm’s intensity and struggled to cope with its aftermath.

Officials said multiple FEMA teams, including two search and rescue units, were deployed and several hundred FEMA employees were already on the island.

Aerial view of the Soco River in the wake of Hurricane Fiona, in El Seibo, Dominican Republic, Sept. 20, 2022. REUTERS/Jesus Frias

Hurricane Fiona was a painful reminder of Puerto Rico’s fragility. Tuesday marked the five-year anniversary of Hurricane Maria, a Category 5 storm that killed about 3,000 people and destroyed the electrical grid.

Fiona made landfall in Puerto Rico on Sunday afternoon, with up to 76.2cm of rain falling in some areas, causing catastrophic flooding.

Nearly 80% of Puerto Rico was without power on Tuesday, according to Poweroutage.us. Officials said it would take days to reconnect the entire island of 3.3 million people.

“A lot of trees have fallen, poles have fallen, and here in the house we’ve had water where it’s never happened before,” said Asbertly Vargas, a 40-year-old mechanic in Yauco, a town along the island’s south coast.

Puerto Rico energy supplier LUMA Energy said it had restored electricity for 100,000 customers, but it would take days to fully recover.

In the Turks and Caicos Islands, a British Overseas Territory with a population of about 40,000 about 700 miles (1,125 km) southeast of Florida, the government told residents to shelter until further notice and ordered businesses to close.

Foreign governments have issued travel warnings for the islands, a popular tourist destination.

Similar preparations were underway in the eastern Bahamas, which could bypass the storm on Wednesday.

It could grow into a Category 4 storm in the coming days and reach Canada’s Atlantic coast by late Friday, the NHC said.

In the Dominican Republic, severe flooding restricted village-to-village access, forced 12,500 people into their homes and disabled hundreds of thousands of people.

Fiona was the first hurricane to hit the Dominican Republic since Jeanne caused serious damage to the east of the country in 2004.

On Monday evening, the country’s emergency center had more than 1.1 million people without drinking water and more than 700,000 without electricity.