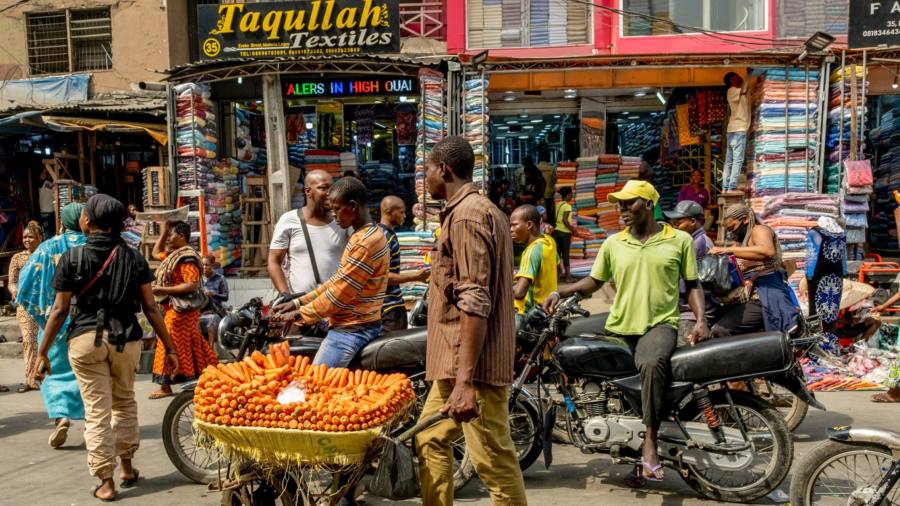 A measure of the trust the people of a nation have in the state is the amount of tax they are willing to pay. But begrudgingly, under an unwritten social contract, people agree to give up a portion of their income in the belief that the state will spend it more or less wisely.

The public goods supplied vary from schools, hospitals and roads to the police, national defense and the administration itself. Everyone benefits from improved services, a better educated and healthier population, safer streets and protected borders.

On this measure, confidence in the state of Nigeria is at an all-time low. According to the IMF, the country collected 6.3 percent of gross domestic product in taxes in 2020, the lowest share in the world, and well below the bare minimum required for a functioning state, according to the World Bank. Although half-hearted attempts have been made to increase the tax base, the story remains unchanged: Nigerians pay very little tax and expect very little in return.

In this the state does not disappoint. Of the country’s 210 million inhabitants, about 90 million have no access to electricity. About 20 million Nigerian children do not go to school. Without a social safety net, about 40 percent of Nigerians live in absolute poverty, defined as an income of less than $1.90 a day.

Nigeria has a fairly good road network, at least between major cities such as Lagos, Ibadan, Port Harcourt, Abuja, Kano and Kaduna. But the security is so bad that many people are too scared to take advantage of it. Mostly underpaid and underequipped, Nigeria’s security forces are engaged in a war of attrition against gangs of bandits, separatists, racketeers, kidnappers and terrorists. The state of uncertainty suggests that they are losing.

It’s easy to see how Nigeria got here. For half a century, it has been pumping oil in amounts large enough to afford a small elite, but not large enough to significantly raise everyone’s standard of living. According to calculations by Stefan Dercon, an Oxford professor, in 2010, when oil prices soared, Nigeria earned $54 billion in oil and gas, of which $38 billion came into the hands of the federal government. That works out to just $340 per capita against $1,206 in Algeria, $2,965 in Gabon and a hefty $7,477 in Saudi Arabia.

In those circumstances, the name of the game becomes getting oil rent. Since there is almost no money left to fund public services, those who can afford it simply step out. They generate their own energy. They send their children to a private school in their own country (or preferably abroad). They go to private hospitals. Even Muhammadu Buhari, president since 2015, spent much of his first four-year term in London seeking medical care that was presumably unavailable at home.

With nothing to gain in return, it’s not surprising that those who can afford to pay taxes are reluctant to do so. The consequences are caustic. The rule is every man for himself. In the worst case, this turns citizens and organizations into extortionists – the mirror image of the extortionate state.

Kidnapping is one of Nigeria’s growth industries. In the year to June 2022, according to SBM Intelligence, a security consultancy, 3,420 people were abducted, and a further 564 were killed in kidnapping-related incidents. Families see little point in contacting the police and many negotiate directly with kidnappers, paying a total of hundreds of millions of naira in ransom.

Oil theft is another extortion racket. This month, the Nigerian National Petroleum Company estimated that 400,000 barrels of oil were stolen every day. Nigeria has an OPEC quota of 1.8 million barrels, but can only meet about 1.13 million barrels, the lowest in 50 years. In the delta states where most of the onshore oil is extracted, the government regularly pays blackmailers who blow up pipelines or hires them as poachers turned gamekeepers.

State refineries have not been working properly for years. But there is a proliferation of illegal refineries processing stolen oil. In April, more than 100 people were killed when one exploded.

Next year, after the elections in February and March, Nigeria will have a new president and a new legislature. In Abuja and Lagos the chatter is like little else. But unless the next government can rewrite the social contract between the state and its citizens, it won’t matter who wins.

If a state cannot assert its presence, even through lightly effective taxes and spending, it will not only be weak, but also part of the extortion problem. Unless the Nigerian state can somehow change course, it’s hard to see how the center can hold up.