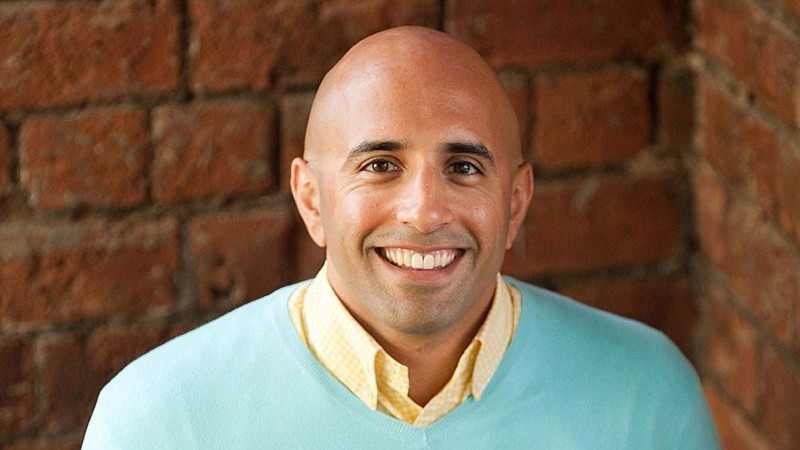 “It was very poetic how it started,” he said. “I first came to this building in 2012 because Dubit was located upstairs, and another company was located downstairs.

“Dubit’s CEO Ian Douthwaite was sitting there [gestures to where I’m sitting] and I was interviewed by him. I remember him saying, “Where do you see yourself in five years?” And I jokingly said, ‘Sat in your chair!’ He smiles, I smile.”

In 2017, XR Games’ small team of five began working out of what was then Dubit’s office until the company began to expand and moved into The Drying House before returning to its original home.

“10 years later, I am sitting here as CEO of XR Games. To come back here where XR Games was born? It’s fantastic.”

Raised in Bradford and ambition to become an entrepreneur

While the opportunity to work at Dubit became the driving force behind the launch of XR Games, his desire to work in the gaming industry began when he was just 13 years old.

“I grew up in a very poor neighborhood in Bradford. I worked the market stalls with my dad on weekends and worked 12-hour days,” he said. “I loved it because it was like being an entrepreneur.”

Soon after, he found a second love through gaming. One Christmas day, he excitedly unwrapped a Commodore Amiga and Batman pack, containing a limited number of games.

“My parents miraculously managed to buy me this computer and it was also very clear to me that I would not get any more games!”

After devising a way to sell second-hand games and spend time gaming with friends, his ambition to become an entrepreneur only accelerated after earning some extra pocket money. But it didn’t last long.

“I didn’t know how to get into the industry, I didn’t even know if one existed in Leeds and Bradford.”

He decided to turn his attention elsewhere, unsure of how to achieve his dreams.

“I thought it was the end of my career because I assumed it was like I wanted to be a football player, an astronaut or an actor. I thought it was just a utopia and didn’t happen to people from Bradford, that’s for sure.”

With an entrepreneurial ambition that was still bubbling after college, he worked in a variety of roles where he learned to code, work with data and come up with creative solutions.