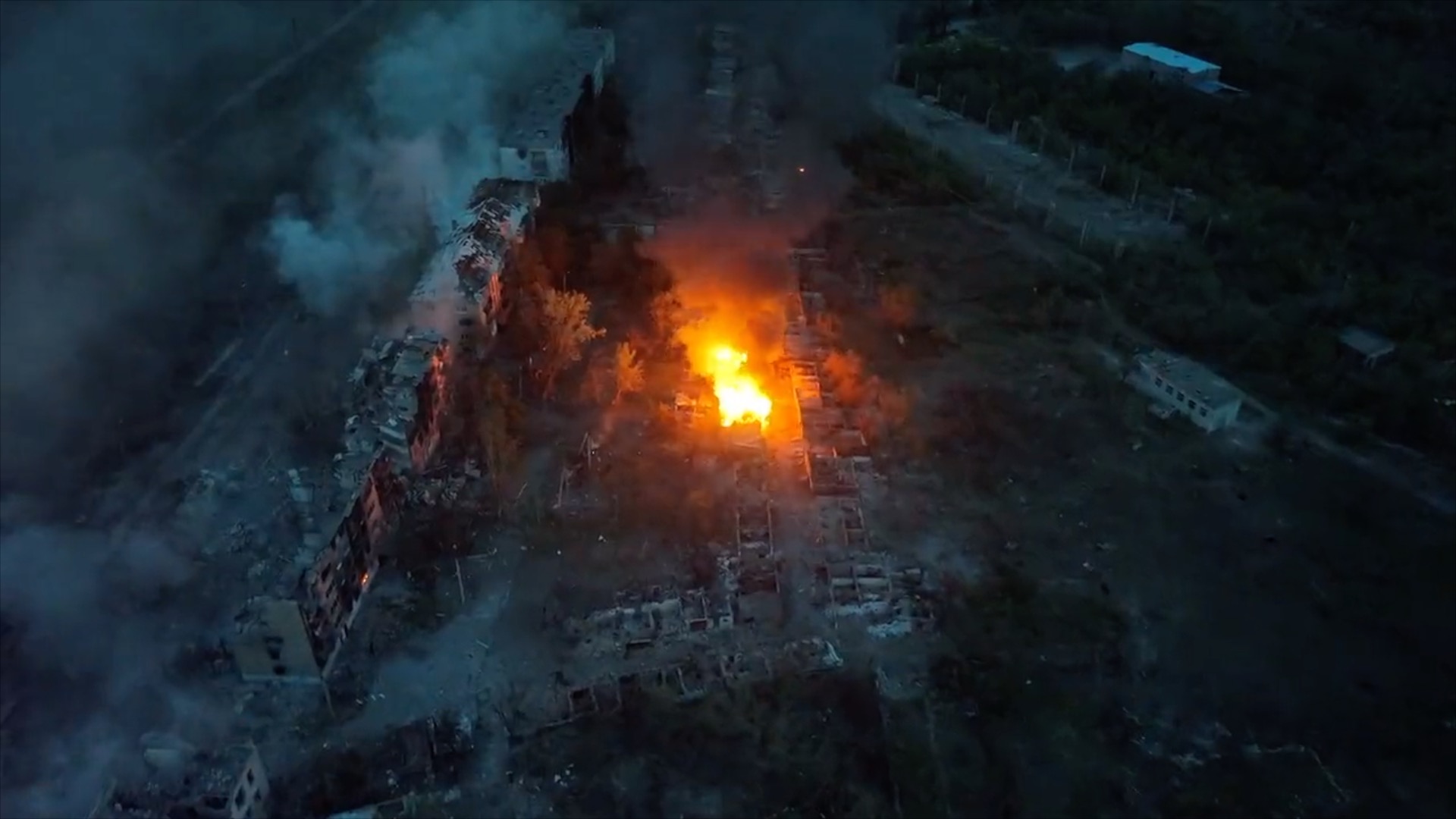 There is little respite in the victory for Ukrainian forces in the recently liberated Kupiansk. Russian shells still hit the pockmarked streets, marring the skyline with plumes of black smoke.

Intense damage is visible on almost every building. A huge billboard depicting a waving Russian flag stands next to the bridge that crosses the Oskil River in the city center, saying, “We are one people with Russia!”

For now, the Ukrainian military has pushed Russian forces over the bridge and appears to be building momentum to push across the eastern banks of the river into Luhansk, a key separatist area controlled by Moscow. CNN witnessed Ukrainian infantry returning on foot from the east side.

But in this city, one of the many liberated in the eastern region of Kharkov, are the telltale signs of an infernal occupation. A former police building was used by the Russians as a huge detention center, where at one point up to 400 prisoners were held in the cramped and dark cells, with eight or nine prisoners per room, Ukrainian authorities told CNN. A brightly colored mural of a Russian soldier with a “Z” on his armband standing next to an elderly woman waving the flag of the former Soviet empire is still visible on one wall.

As authorities continue to investigate and evacuate the liberated towns in the Kharkiv region, they find mounting evidence of detention centers and cells used for torture.

Ukrainian President Volodymyr Zelensky said on Saturday that “more than 10 torture chambers” used by the occupying forces have been found in the area so far. “When the occupiers fled, they also dropped the torture devices,” he said.

CNN has contacted the Russian government for comment, but has not received a response.

Kupiansk may have recently been liberated, but the city is a ghost town, punctuated by destruction and rubble.

The few locals still huddled in the empty shell.