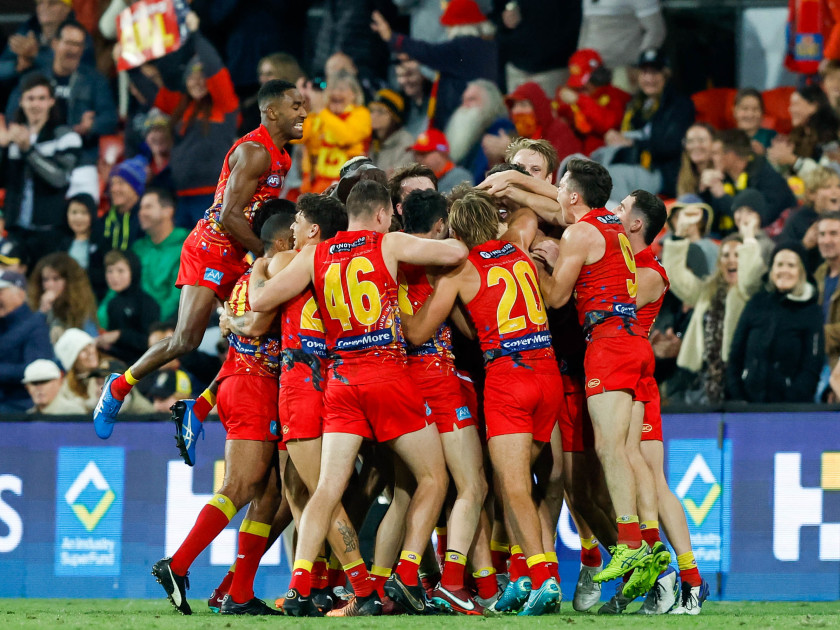 GOLD Coast could be trading multiple players next month as it looks set to overhaul its payment structure.

The Suns are about to launch a preemptive strike on their salary cap – freeing up money to retain the emerging young talent and play a role for an established player in the near future.

With the AFL giving its blessing for more salary dump trades this year, Gold Coast will be one of the more aggressive clubs in a trading window that will feature more Will Brodie-style swaps.

The Suns have had nine top-10 draft picks in four years and are armed with pick 7, three second-round selections and two third-round selections in this year’s draft. They will also demand that Adelaide include pick 5 in the exchange for Izak Rankine.

The Suns could also have as many as four academy players at their disposal next year.

Not only have they had a plethora of high picks over the years, these high-end selections emphasize the limit given the jump in pay after a conscript’s first two-year contract expires.

Gold Coast’s situation is complicated by the fact that they generally have to pay more to retain players in a non-traditional footy market, much like GWS.

The Giants and Collingwood stretched their caps to breaking point in their pursuit of a flag, and an improving Gold Coast wants to protect itself from an exodus in the coming years, while also attracting some big fish.

Overwhelmed by draft picks, they will try to offload players and their contracts in this year’s trading period, sweetening them with draft picks. Brayden Fiorini is one of those players and has been linked with a move to Collingwood. Looks like he won’t be the only one.

It’s a bold but calculated move, and the Suns hope it secures their future.