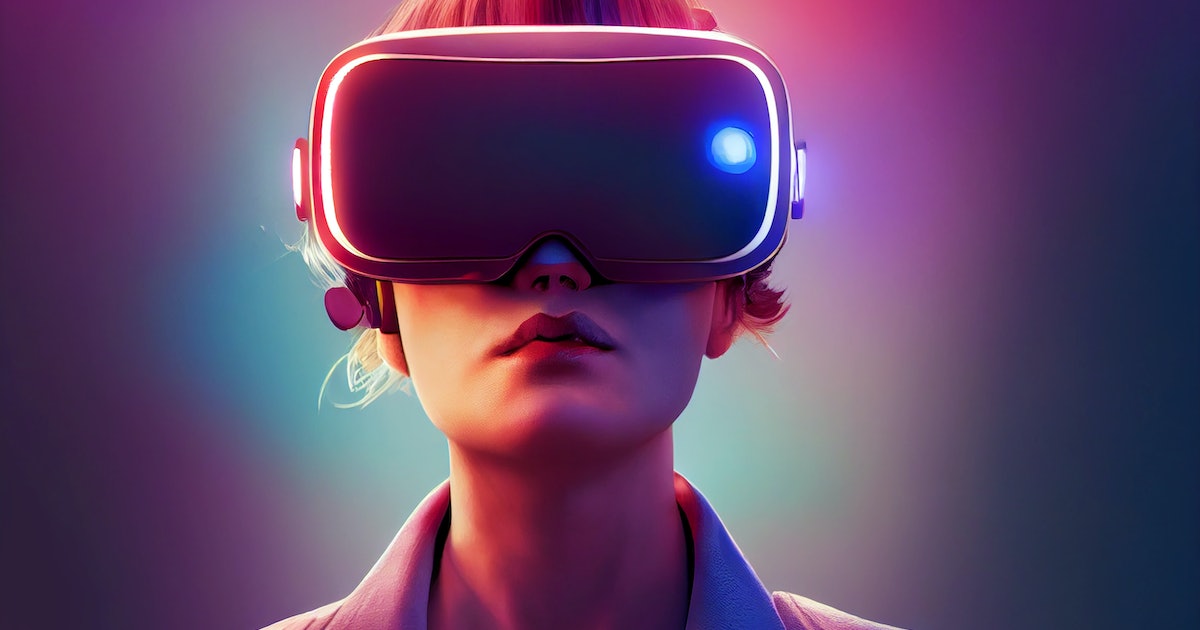 It turns out that VR headsets can enhance gaming experiences, immerse people in museums and art galleries, and enliven the classroom, among other creative uses. Now they can make the surgery a little less painful.

A VR headset worn during hand surgery helps patients distract and relax — and may even manage pain at lower drug doses, according to a new paper published in the journal PLOS One.

If the idea comes true, VR could help doctors rely less on anxiety and pain-relieving drugs that can lead to serious side effects.

Here’s the background — Hand and wrist surgery are very common in the US and UK. And they are about to become even more common.

“There is an expected increase of as much as 75 percent for common elective procedures [by 2030]said Adeel Faruki, a lead study author and assistant professor of anesthesiology at the University of Colorado, citing a 2014 study. Trigger finger release, cyst removal, and carpal tunnel surgery are among the most common surgeries.

Doctors usually give the patient regional anesthesia before going to the operating room, which blocks pain in a specific area. In this study, they provided “brachial plexus nerve block.”

This is done by injecting a nerve in the neck that is responsible for the sensitivity in the arm and hand. They then administer a sedative or anxiolytic agent to relax the patient during surgery, such as a mixture of fentanyl and propofol.

But these pharmacological sedatives can cause hypotension, apnea, or even cognitive impairment after surgery in too high a dose, so scientists are exploring alternatives, Faruki says. These drugs can also be highly addictive, as is the case with fentanyl.

What’s new – Previous research has shown that the futuristic gaming technology can help patients relax in certain situations, such as during an endoscopy or when changing dressings for burns. With their new study, Faruki’s team has shown that it could also work for hand surgery.

People don’t necessarily have to be sedated to feel comfortable, explains Faruk. When both regional anesthesia and a distraction like VR were offered, subjects said they felt their pain was under control, even though they were fully conscious and awake. “They were relaxed,” he says. “They didn’t feel anxious and no longer needed sedation.”

What they did – The team observed how 30 patients went through the hand surgery — while all of them received local anesthesia before surgery, only half were sedated during surgery.

Instead, the unaesthetized group immersed themselves in a relaxing environment on the Oculus Go VR headset. Imagine a 360-degree view of a peaceful meadow, an enchanting forest or a majestic mountain peak. To enhance the zen feeling, they can also choose a guided meditation.

All subjects were able to request more local anesthetic and sedatives as needed. They then completed a survey describing pain and anxiety. The researchers also compared how long patients stayed in the hospital after their surgery.

As a result, only four of the 17 patients with the VR headset were administered the sedative propofol. And even when headset users had the anxiolytic, they needed significantly smaller amounts than the people who didn’t vibrate in VR — 260 mg less, to be exact.

Why it matters – Ultimately, VR could be widely deployed in hospitals as a drug-free supplement, Faruki says.

In addition, VR headsets can help streamline procedures and reduce congestion in operating rooms. In this experiment, people in the VR headset group were discharged from the PACU on average 22 minutes earlier than the other subjects.

In fact, the headset wearers said they didn’t feel like they had a worse surgery experience, but they did say they remember being very aware of how they felt in the operating room.

Of course there are some caveats. For example, patients using the VR headset knew they might be able to get a lower amount of sedatives than in the usual cases, so they may have been biased and less likely to ask for sedatives.

And the anesthetists knew which patients were using VR and which were not, which could cause additional bias.

To solve this problem, the researchers could have asked some patients to wear headsets and headphones without any input, said Tomoki Arichi, a senior clinical lecturer at King’s College London who was not involved in the study. Arichi recently researched how virtual reality can make MRI scans more enjoyable for children and people with claustrophobia or anxiety.

“So [these findings don’t] really give a definitive understanding of [whether] it was specifically the VR that made the difference,” he says.

Scientists should try to determine what specific kind of virtual stimulus is best for each context, Arichi adds. A customized VR experience that encourages the participant to remain still could be even more effective.

What’s next – Future research should show whether this concept could work with other types of surgery, Arichi said. And, in theory, this technique could be deployed immediately — the researchers used commercially available VR and headphone systems.

While this was just a pilot study, Faruki’s team is already working on larger clinical trials to see if VR can reduce the dose of sedatives needed for patients undergoing major surgery, such as hip and joint replacements.

“There is a growing body of evidence supporting virtual reality as a distraction method for patients who are in intensive care or pediatric patients undergoing IV placements or lumbar punctures, and this will be studied further,” Faruki says. say.