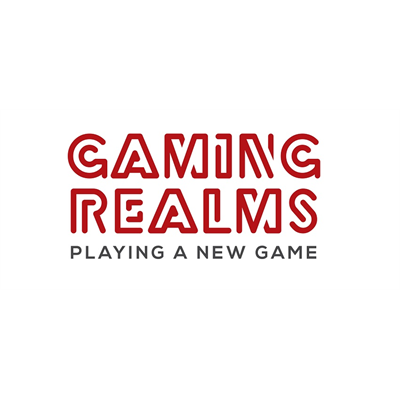 * Brand licensing revenues were down as a result of a major one-off deal that positively impacted revenues in H1 2021.

After end of period:

Gaming Realms continued to make progress in the first half of the year, with its core strategy of developing and licensing games globally to market-leading brands and operators delivering high-margin revenues.

This growth is expected to continue into the second half of the year as the company matures in its key markets. In addition, the Group is targeting launches in Connecticut, Portugal and Greece, and forecasts growth in the recently launched markets of Michigan, Pennsylvania, Ontario, Spain and the Netherlands.

The European market continues to be the largest contributor to content licensing revenues, growing 19% over time with the launch of 8 games and access to new regulated markets. We have more direct integrations with partners, which improves margins and strengthens these relationships.

Our North American content licensing revenues grew 160% period-on-period, with the region accounting for 45% of content licensing revenue. New Jersey remains our lead market, but Pennsylvania and Michigan are growing strongly as we launch more games with new partners. On June 30, 2022, we were live with 7 games in Pennsylvania for 6 partners and 17 games for 7 partners in Michigan.

In total we started with 26 partners in H1 2022 (H1’21: 11). This growth is supported by the launch of premium games, including Slingo Shark Week and Slingo Da Vinci Diamonds. We continue to invest in our third-party game server and during the period we launched our aggregation business in New Jersey with 4ThePlayer.

The Group continues to deliver on its clear strategy, expanding into new markets and launching content that proves popular with players. It has a strong pipeline of deals and integrations and the Board expects trading for FY’22 to be in line with market expectations.

“The Group has enjoyed another period of strong growth, supported by our continued expansion into newly regulated markets in North America and Europe, with content licensing revenues up 57%. More than offset by higher revenues from our core content licenses, the growth in license revenues continued in the second half of this year, with license revenues for July and August 2022 being 53% higher than the comparable months in 2021.

“We have also continued to expand our existing partnerships, adding new content through our direct integration agreements, signing new licensing agreements and launching a range of new games.

“While we are aware of the impact of higher inflation on global markets, the outlook for the Group remains positive. The Group has a strong pipeline for new business and will also see additional revenues from North America, as well as new market entry in Europe. As such, we expect to live up to market expectations for the full year.”

An analyst briefing will be held virtually today at 9:30 am. Please contact Yellow Jersey at gamingrealms@yellowjerseypr.com.

The company also notes that it will hold an online presentation to retail investors on Friday, September 23 at 1:00 PM. Those wishing to attend the presentation are requested to register through the following link: Meeting Registration.

The Group’s core focus remains to achieve growth in its content licensing business. Continued growth of the games portfolio and expanding distribution to a wider range of operators in Europe and North America are supporting the performance of the current period.

An additional 8 new Slingo games were launched during the period, bringing the Group’s game portfolio to 61 games at the end of the period (H1’21: 48 games).

Revenues from the Group’s non-core brand licensing activities decreased by 82% to £0.3 million (H1’21: £1.7 million). This is the result of a significant brand agreement that was entered into in the comparative period and which did not recur during the period.

Revenues in the Group’s social publishing business were down 7% to £1.8 million in the period (H1’21: £1.9 million) due to a reduction in marketing during the period.

The cash decrease in the current period was largely due to the £2.0m cash inflow from operating activities, offset by £2.1m development costs capitalized during the period and £0.2m acquisition of tangible and intangible assets .

After the end of the period, the cash balance rose to £4.6m at 31 August 2022, reversing negative movements in working capital in the first half of the year.

The Group has a convertible loan of £3.0 million owed to Gamesys Group plc (see Note 11), which is due to be repaid in December 2022.

Click or paste the following link into your web browser to view the associated PDF document.
http://www.rns-pdf.londonstockexchange.com/rns/8137Z_1-2022-9-16.pdf

This information is provided by RNS, the news service of the London Stock Exchange. RNS has been approved by the Financial Conduct Authority to act as the primary information provider in the UK. Terms and conditions regarding the use and distribution of this information may apply. For more information, please contact rns@lseg.com or visit www.rns.com.

Check out the source version at accesswire.com:
https://www.accesswire.com/716656/Gaming-Realms-PLC-Announces-Interim-Results