Even the king said in his acceptance that he will play this role as long as life allows him.

“He’s 73 years old, it has to be in the back of your mind, and from the police we have to start planning for the future again.”

Reflecting on Operation London Bridge, Morgan said everything was going “according to plan”.

“At this stage, from the planners’ perspective, we haven’t seen anything go wrong,” he said.

“They’ll look into that tomorrow to see if anything went wrong in the background scenes.”

The Queen’s public funeral was the biggest security event the police and Whitehall have ever seen.

Up to 10,000 police officers and 4,000 military personnel formed a ring of steel around London as world leaders, the royal family and mourners paid their respects to the beloved monarch. 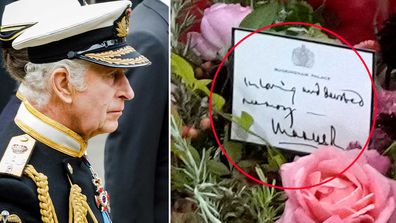