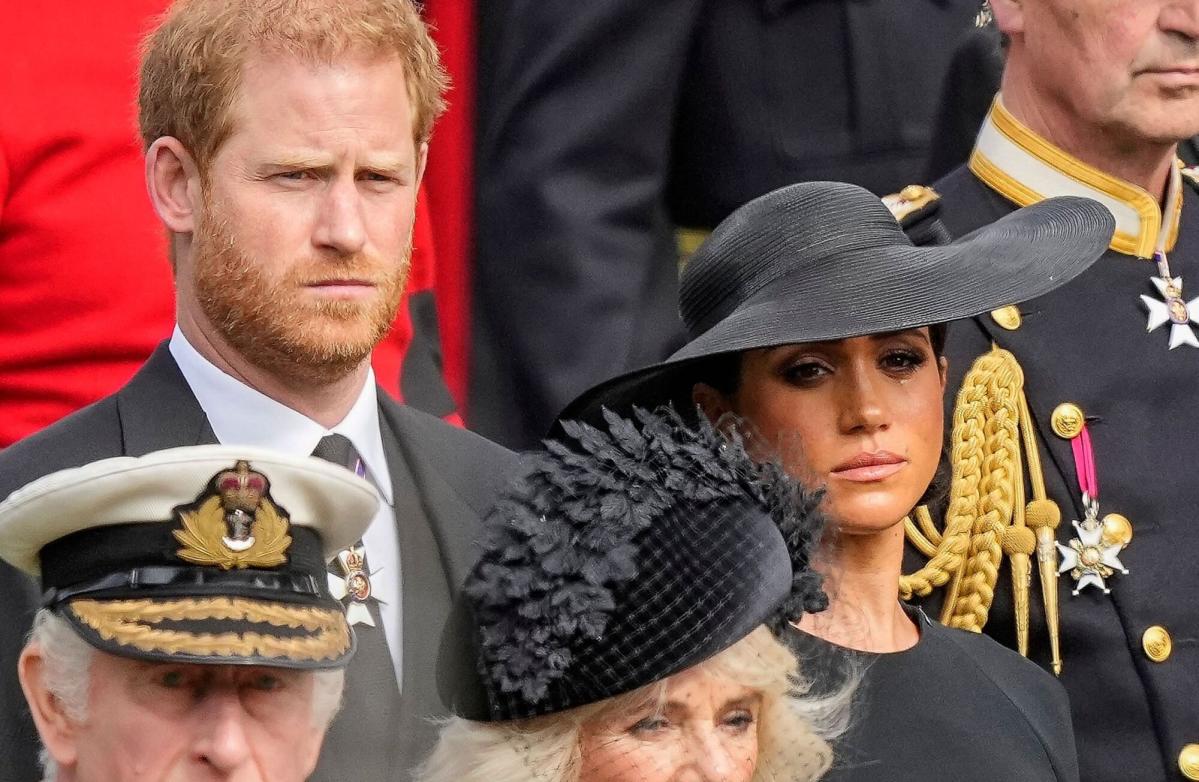 Prince Harry would certainly support Meghan Markle as much as she did him at Queen Elizabeth’s funeral.

Speaking to PEOPLE after the poignant services, funeral guest and lawyer Pranav Bhanot shared some of the moments he witnessed between the Duke and Duchess of Sussex at the state funeral at Westminster Abbey.

“You saw the reassurance Harry gave Meghan in moments when they walked together and had to go in different directions,” Bhanot told PEOPLE.

“I noticed how supportive Harry Meghan was,” he continued. “As they went their separate ways after the ceremony, he gave her a firm squeeze. I felt like he wanted to make sure she was comfortable.”

Later in the day, the couple sat next to Prince William, Kate Middleton and their two older children, Prince George and Princess Charlotte, at the wedding ceremony for the late monarch.

Can’t get enough PEOPLE‘s Royals cover? Sign up for our free Royals newsletter to get the latest updates on Kate Middleton, Meghan Markle and more!

The service took place Monday at St George’s Chapel in Windsor Castle, where the Duke and Duchess of Sussex were married in May 2018. Meghan, 41, Harry, 38, Kate, 40, William, 40, George, 9, and Charlotte, 7, sat in the front row of benches on one side of the Queen’s coffin. After walking into the chapel in a procession behind the Queen’s casket, Kate and Prince William stood aside to let Meghan and Prince Harry into the pew first.

As the next two people in the line of succession to the throne, Prince William and Prince George had prominent places next to each other at the altar.

On the other side in the front row sat Prince Edward with his wife Sophie, Countess of Wessex, along with their children, Lady Louise Windsor and James, Viscount Severn.

The Duke and Duchess of Sussex were already in Europe for a series of charity events without their children – son Archie Harrison and daughter Lilibet “Lili” Diana – when the late monarch died “peacefully” at her beloved Scottish residence, Balmoral Castle, aged 96 on Sept 8.

The couple remained in the UK to attend Monday’s funeral, as well as a number of events ahead of the service.

The Queen will be surrounded by family once she is buried in St George’s Chapel, construction begun in 1475 by King Edward IV and completed more than 50 years later by King Henry VIII.