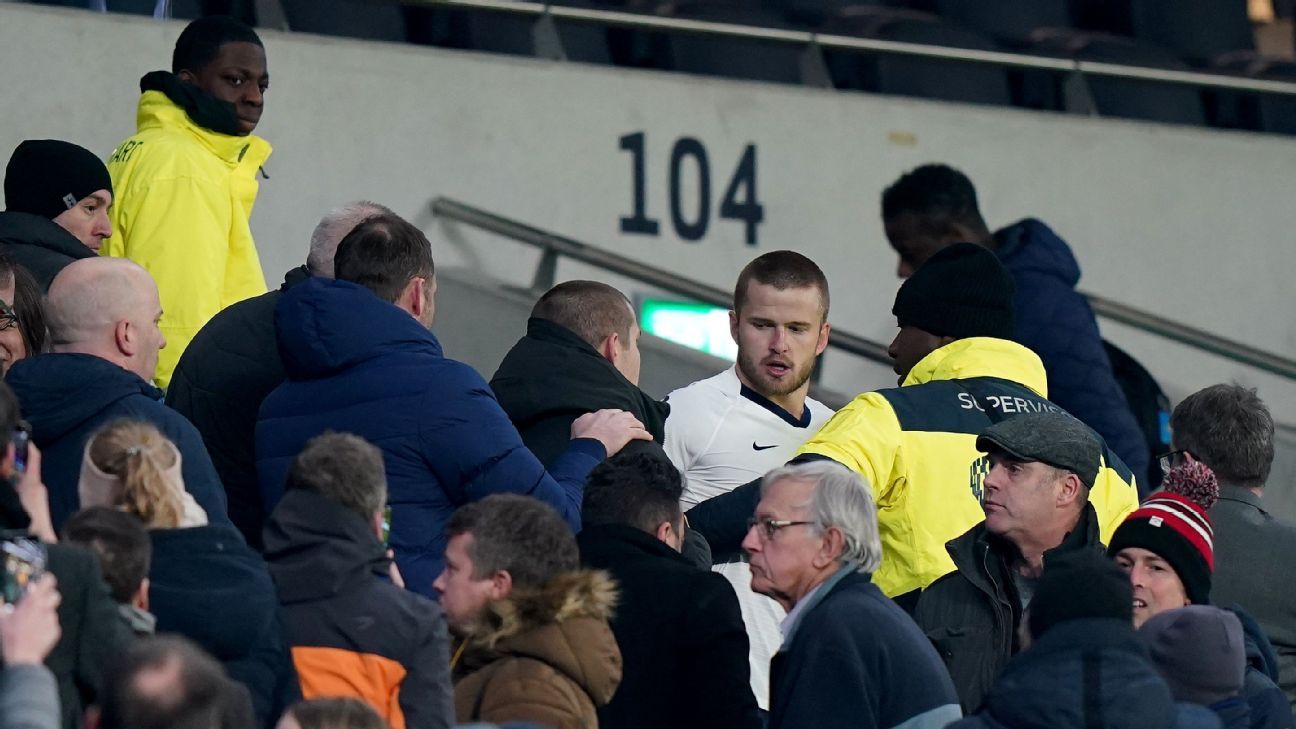 Tottenham Hotspur defender Eric Dier said fan behavior at football matches is a serious problem and he feels “too uncomfortable” for his family to attend away games.

The Premier League said in June it will introduce enhanced security measures to prevent public misconduct, with clubs unanimously agreeing that visiting teams will provide additional stewards for away games.

Dier said some of his family and friends had problems at Stamford Bridge last month during Tottenham’s 2-2 draw with Chelsea in the league.

“For me it is [fan behaviour] is a serious problem. I had some family and friends at the Chelsea away game with Tottenham and they had problems and stuff,” said Dier.

“I wanted to emphasize that they were both sets of fans – I’m not saying they’re Chelsea fans or Tottenham fans, they’re football fans in general.”

In 2020, Dier was banned for four games and fined by the English Football Association for clashing with a fan following Spurs’ defeat to Norwich City in the FA Cup. British media reported that the supporter had argued with his brother.

“We played against Burnley after I went into the stands for the next away game and the Burnley fans were singing a song about my brother and I like that sort of thing — I think it’s pretty funny,” Dier said.

“But there are some things that I find very strange. It’s not fun. My family would never go to an away game these days because of that — and that’s too bad I’m too uncomfortable to go to away games.”