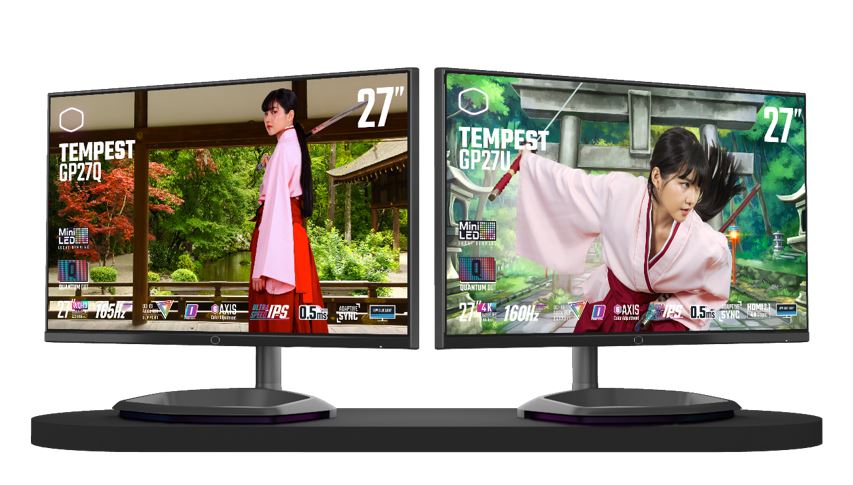 As mentioned, both monitors feature mini LED screens that also support Quantum Dot technology and up to 1200 nits peak brightness in HDR mode. They contain 576 local dimming zones to ensure ideal brightness, darkness and contrast where needed. Both monitors have a wide color gamut covering up to 99% of Adobe RGB and 98% of the DCI-P3 color gamut.

This Cooler Master launch follows the announcement of the brand’s GP27-FQS gaming monitor model in February. Like both the Tempest GP27U and Tempest GP27Q, the GP27-FQS is a 27-inch screen. It features a quantum dot mini LED QHD IPS panel with a refresh rate of up to 165 Hz. While the price may have been higher during the original launch period, the GP27-FQS currently sells for $350.