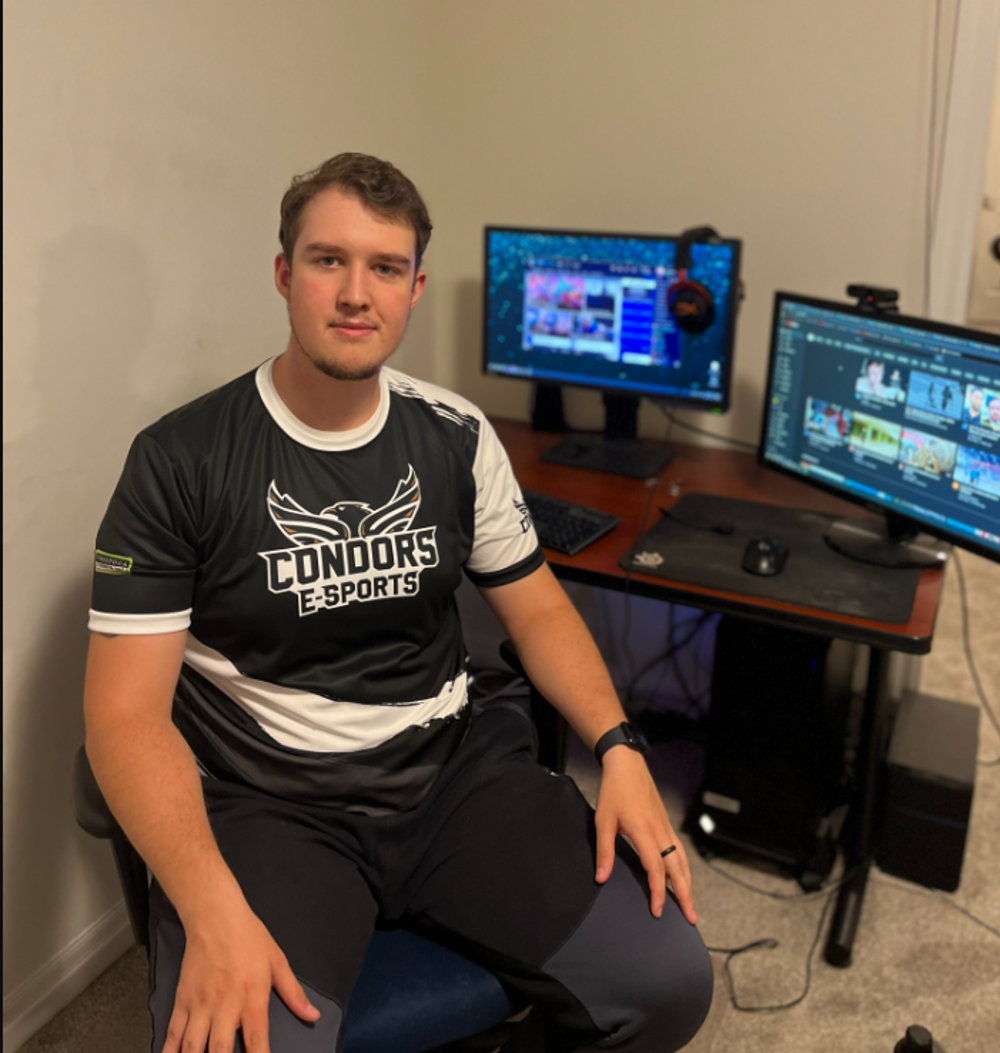 For the first time ever, Conestoga College’s Condor Esports team, led by 23-year-old Matt Lopacinski of Cambridge, defeated Michigan Tech University, Washington University and Windsor University in their opening games of the season.

In their “League of Legends” games, Lopacinski, a health information science major, and his team won their first four games, setting the tone for the season.

“We were just trying to go out and have fun,” Lopacinski said. “It was exciting to come back and play competitively against other schools.”

As the new school year began, Conestoga Condors competed in the National Esports Collegiate Conference (NECC) to compete against the best schools in North America.

After going undefeated in the preseason games, Conestoga was placed in the Champions League for League of Legends and the Challenger leagues for the “Rocket League” game. These are both in the top two levels for each game.

Being a part of this new conference is like the NCAA of esports, Lopacinski said. This makes the games they play more competitive, as they are compared to programs with similar skill levels.

Unfortunately for the Condors, the opening game of their League of Legends regular season didn’t go as planned, with the University of Toronto Mississauga losing 2-0.

Despite their loss, Conestoga looks set to hit back against Queen’s University this Wednesday.

“We want to create an environment where we have fun first and get along as a team,” said Lopacinski. “Winning is important, but we have to have fun.”

Lopacinski is no stranger to competitive esports. Having played Counter Strike at a semi-professional level, he knows what it takes to win at a high level.

“I’ve been playing video games for years and the fact that I can now get a scholarship to play a game I love is pretty amazing,” he added.

Currently, Conestoga’s esports program is home for now. There is no physical space for players to train and play on campus, but Dodge hopes that will one day change.

“I think playing from their home really speaks to the talent and drive of the players and to the program itself,” said Dodge. “It will be very exciting to see what our players can do when they bring that together under one roof.”

So far, Conestoga has competed against some of the best schools in North America with huge budgets for their athletic development and the Condors with very limited facilities have knocked them down one by one.

“I was trying to tell our team that it doesn’t matter how big the school is or what facilities they play in. All you need is a few people who are good at play and competitive spirit, and you can win.” Lopacinski.

There is still a stigma around gaming that Condor wants to erase esports and pave the way for the next generation of gamers from the Cambridge and Waterloo region.

“While some may view video games as a waste of time or harmful to children, this couldn’t be further from the truth,” said Dodge. “There is a real path that can be followed by gamers that can take them to the best schools and take their talents to the next level.”

Lopacinski sees himself as a first-hand example that this is a career that can take you to places around the world and help you get to college to play competitively.

“My team and I are pretty much the first gamers to be able to play at a collegiate level and get scholarships for it; from here it only goes up,” he said.

Conestoga could attend personal tournaments towards the end of the season if they can finish high enough in the standings.

There is an end-of-season tournament where Lopacinski can see the condor colors and banners come to life in an arena for the first time.

“We already have such good chemistry in discord chat, I can’t wait to get everyone together where we can play side by side in person. The atmosphere will be insane,” he added.

The Conestoga Condors take on Queen’s University at 7pm this Wednesday and can be streamed live on their Twitch channel.