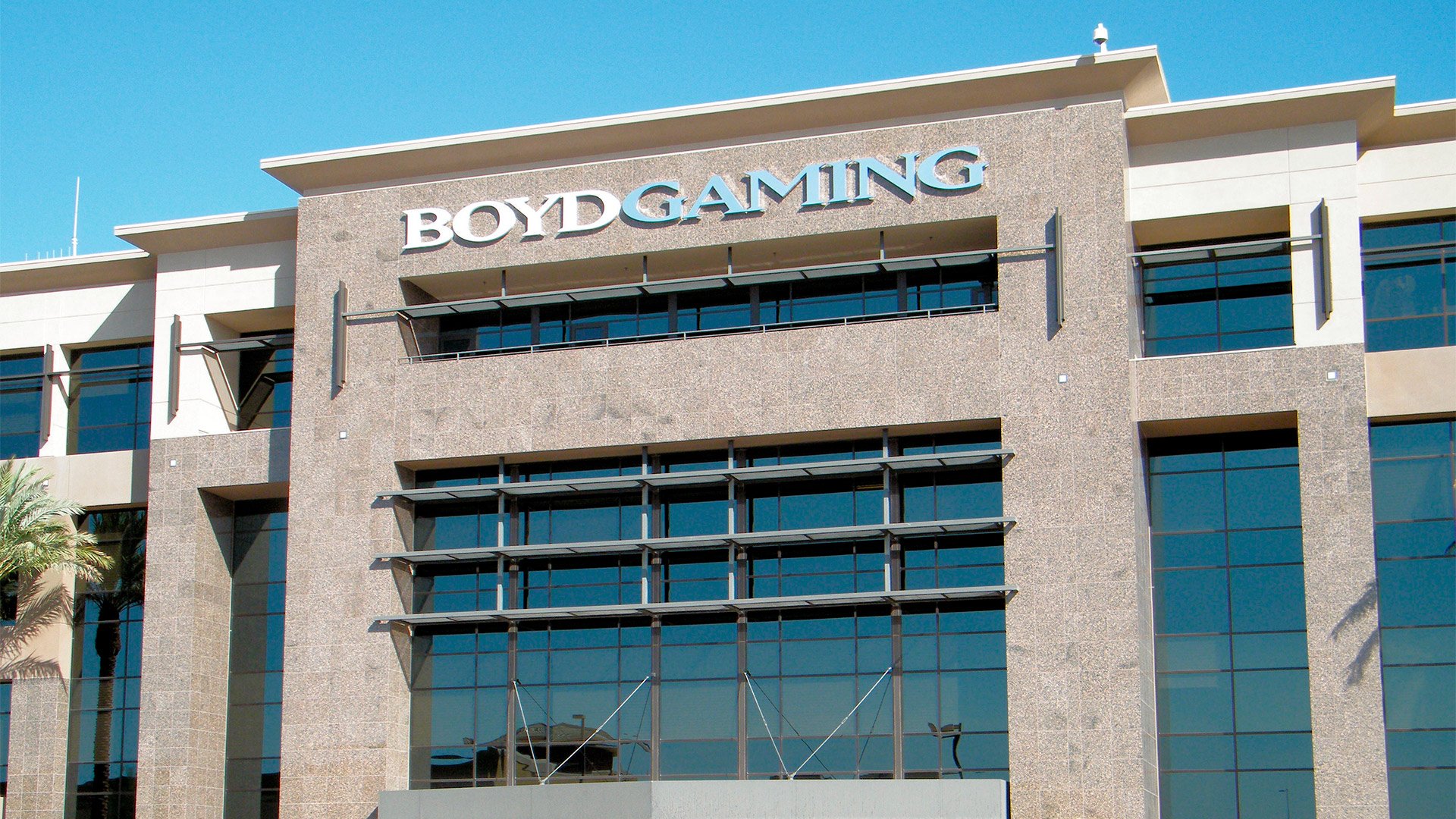 Casino operator Boyd Gaming Corporation announced Monday that the board of directors has announced a quarterly cash dividend of $0.15 per sharepayable on October 15, 2022, to registered shareholders at the close of business on September 30, 2022. This represents an annual dividend of $0.60 and a dividend yield of 1.16%.

Boyd Gaming has a payout ratio of 11.3%, indicating that the dividend is sufficiently backed by earnings, according to analysts. Research analysts expect Boyd Gaming to earn $5.20 per share next year, meaning the company should be able to continue to cover its $0.60 annual dividend with an expected future payout ratio of 11.5%.

The news comes right after the company along with FanDuel opened the FanDuel Sportsbook at the Kansas Star Casino in Mulvane. At the ribbon cutting ceremony, held on September 8, a ceremonial first bet was placed by Super Bowl champion and former Kansas State Wildcat Jordy Nelson.

The sportsbook debut came the same day Kansas officially launched its sports betting market, and a week after sports gaming began a “soft launch” phase on September 1.. The FanDuel Sportsbook will also open on the same day as the NFL season kicks off.

This alliance is currently spreading widely in the US, with Boyd run Fremont Hotel & Casino has started a process to be rebranded as FanDuela movement that was recently approved by the Nevada Gaming Control Board. With 5% ownership of the sportsbook operator, Boyd will remain behind the facility, and FanDuel does not provide technology.

The partnership between FanDuel and Boyd is expected to kick off at some unspecified point by the end of the year, with the Fremont sportsbook is set to take over FanDuel branding. Under the agreement, FanDuel will provide advice on opportunities and risk management via Boyd’s existing IGT sports betting system.

The upcoming 2,300-square-foot sportsbook in Fremont will accommodate 76 people, with Boyd betting at four windows and seven self-service kiosks. The facility will also include FanDuel signage and other branded insignia, plus a high-definition television viewing wall.

In July, the company reported revenue of $894.5 million for the second quarter of the year, up slightly from $893.6 million in the same period last year. The modest 0.1% increase came despite a 6% decline in the gambling business, which fell about $40 million to $684.9 million, compared to $727.5 million in the second quarter of 2021. Encouraged by the positive results, the company is now looking to further expand its US retail and digital footprint.

The company reported net income of $146.8 million -or $1.33 per share- for the quarter, up from $113.7 million for the same period a year ago.. Total adjusted EBITDAR was $353.9 million and adjusted profit was $163.5 million. Boyd was also able to improve company-wide operating margins from the first quarter, despite inflationary pressures in the period. Margins after operating expenses were 39.6%, up from 39% for the fifth consecutive quarter.