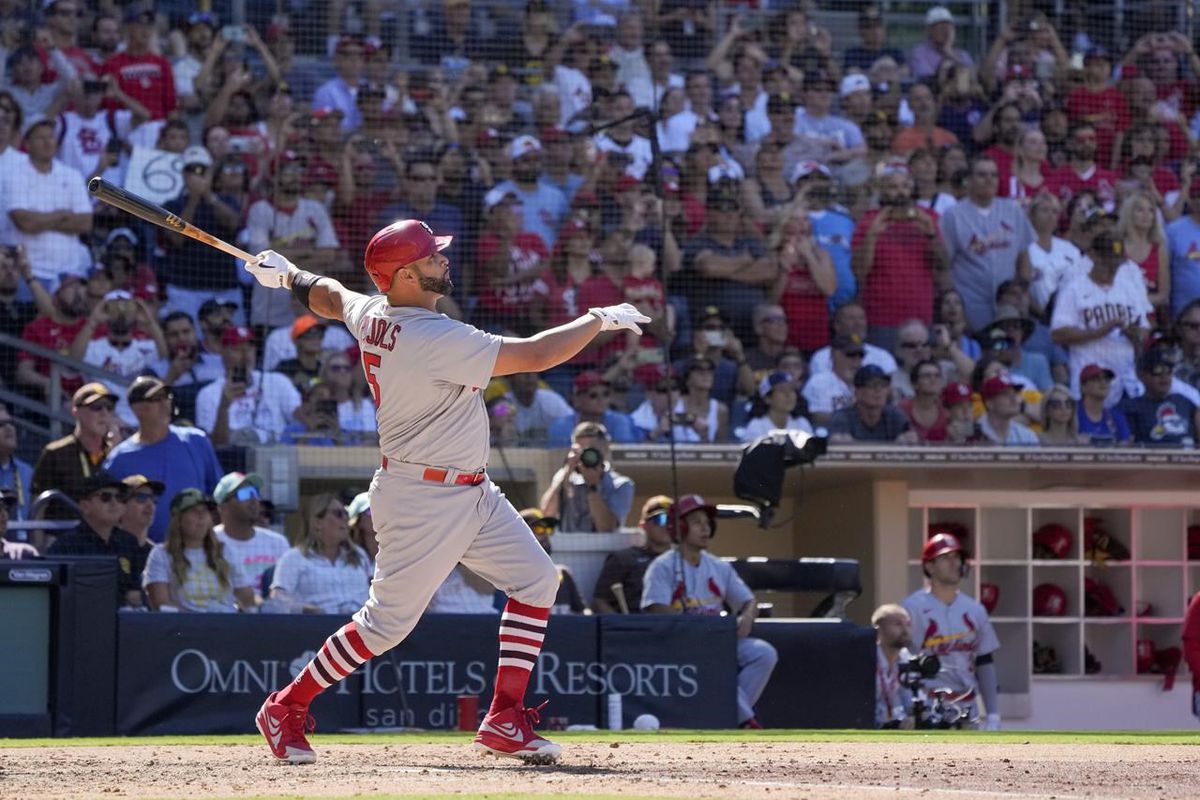 Fans who want to watch Aaron Judge’s chase for the AL home run record or Albert Pujols chasing 700 home runs that Friday night should do so via streaming.

Apple TV+ has exclusive coverage of both games as part of the “Friday Night Baseball” package. The games were selected and announced in early August.

When games are broadcast nationally, it also means that other networks can’t do live cut-ins. ESPN and MLB Network did so earlier in the week, when games were only available on the team’s regional networks.

Fans can access both games on Apple TV+ for free and without a subscription on Friday night. The Apple TV app is on all Apple devices and can also be accessed on smart TVs, game consoles, and cable boxes.

This is the first season of Apple’s deal with Major League Baseball, which is part of a trend of leagues partnering with streaming platforms for a suite of games.

Judge is on 60 home runs as the New York Yankees host the Boston Red Sox. His next home run would tie him to Roger Maris for the AL record. Maris hit 61 for the Yankees in 1961.

The St. Louis Cardinals of Pujols visit the Los Angeles Dodgers. Pujols needs two to become the fourth player to reach the 700 home run milestone, but he hasn’t gone deep in his last six games.

Pujols spent most of last season with the Dodgers after being released by the Los Angeles Angels. Of the 12 homeruns he hit for the Dodgers last season, eight came in Dodger Stadium.