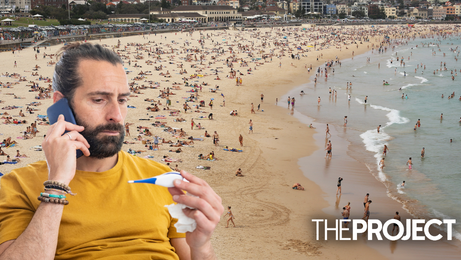 Yesterday, billions of people around the world watched the Queen’s funeral. But while Her Majesty was finally put to rest, it seemed as if more than a million Australians were planning to take advantage of the monarch’s passing to enjoy a little trip along the coast.

Last week it was announced that next Thursday, September 22, would be a national holiday so that Australians could mourn the loss of Queen Elizabeth.

But it seems that quite a few employees are planning to take Friday off as well, presumably because they are so overwhelmed with grief that they just wouldn’t be able to get work done that day and, of course, the fact that it’s a four-day weekend purely coincidence, so stop being so cynical.

According to new research from Finder, the Friday productivity loss of employees who create a long weekend for themselves can reach $461 million.

Since this is based on the assumption that it will cost the Australian economy $354 per worker per day off, it is therefore estimated that more than 1.3 million people plan to call in sick on Friday.

Speaking to 9 News, financial specialist at Finder Taylor Blackburn said: “Employees are trying to take advantage of the bonus vacation by making it an extra long weekend… This is how Black Friday got its name in the US – with Thanksgiving holiday always on Thursday, many workers didn’t come in on Friday – that’s why it was a dark day for owners.”

This may be true unless you have a retail business, in which case it’s a pretty good day for owners.

Of course, it’s a time-honored Australian tradition to take advantage of a public holiday to create a long weekend. For decades, workers have called in sick on the Monday before Melbourne Cup Day with their most angry voices.

Perhaps the only good thing that has come out of the pandemic is the ease with which workers can now easily pull a sick person without question.

Perhaps the most disappointed people in the country are the Victorians, who have a public holiday on Friday anyway because it’s Grand Final Eve and so don’t have the opportunity to call in sick like their compatriots in the other states and territories.

You must feel sorry for Australians who are sincerely sick this friday because there is no way their boss is going to believe them. This writer is especially one of them.

I’m actually already feeling a little tingling in my throat, and I have absolutely no doubt that I’ll be far too unwell to show up for work by Friday.

So I’m going to end this article now and book a flight to a warm place this weekend to give myself the best chance of a speedy recovery. That’s what my boss would want.