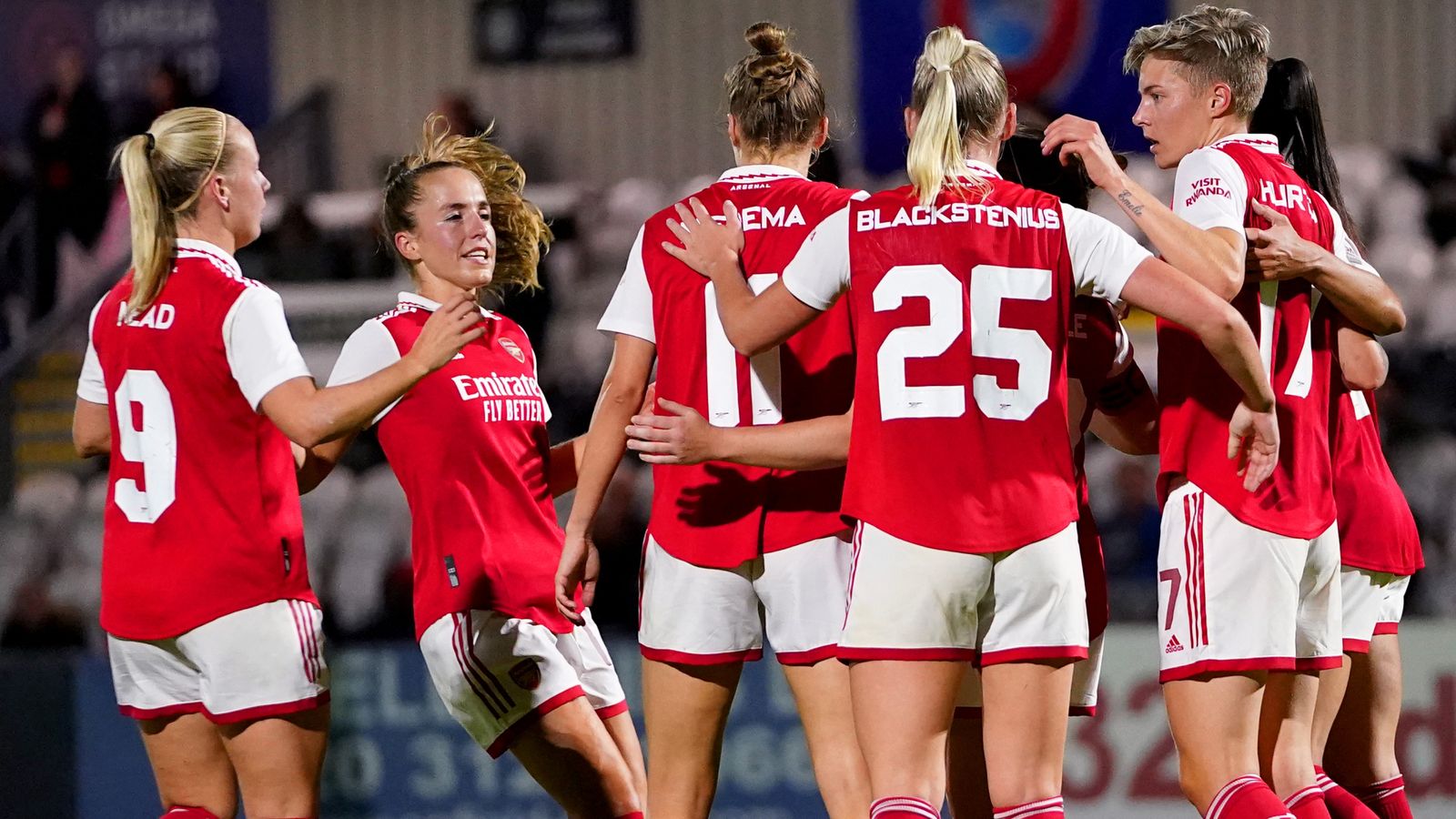 Arsenal still have work to do to reach the group stage of the Champions League after being held to a draw by Ajax on Tuesday.

The Gunners had fought back to take the lead in the first leg of their second round qualifier at Meadow Park, but were held back by a late equalizer as the Dutch side claimed a 2-2 draw.

Arsenal fell behind Boreham Wood after 17 minutes on an attempt by Romee Leuchter, but tied the score six minutes later with a strike by Stina Blackstenius.

Kim Little then gave the hosts the lead from the penalty spot shortly before the hour, but Leuchter’s second of the evening seven minutes before the end kept Ajax firmly on its feet.

Substitute Katie McCabe thought she had claimed a late winner for Arsenal, but her attempt was disallowed for offside.

Scottish champions rangers will have to reverse a 3-2 deficit to continue after they were defeated Benfica at Ibrox despite two goals from Kayla McCoy in a thriller at Ibrox.

Rangers, bidding for the first time to reach the group stage, were involved in an eventful encounter with McCoy that gave them the lead after 25 minutes, but Benfica hit back with an Ana Vitoria double.

McCoy reacted to equalize again but the Portuguese side, who also hit the woodwork twice, won it in the 79th minute when Victoria Esson failed to hold out a ball that caused a looping deflection from Lisa Martinez . The winner was later attributed to Benfica captain Pauleta.