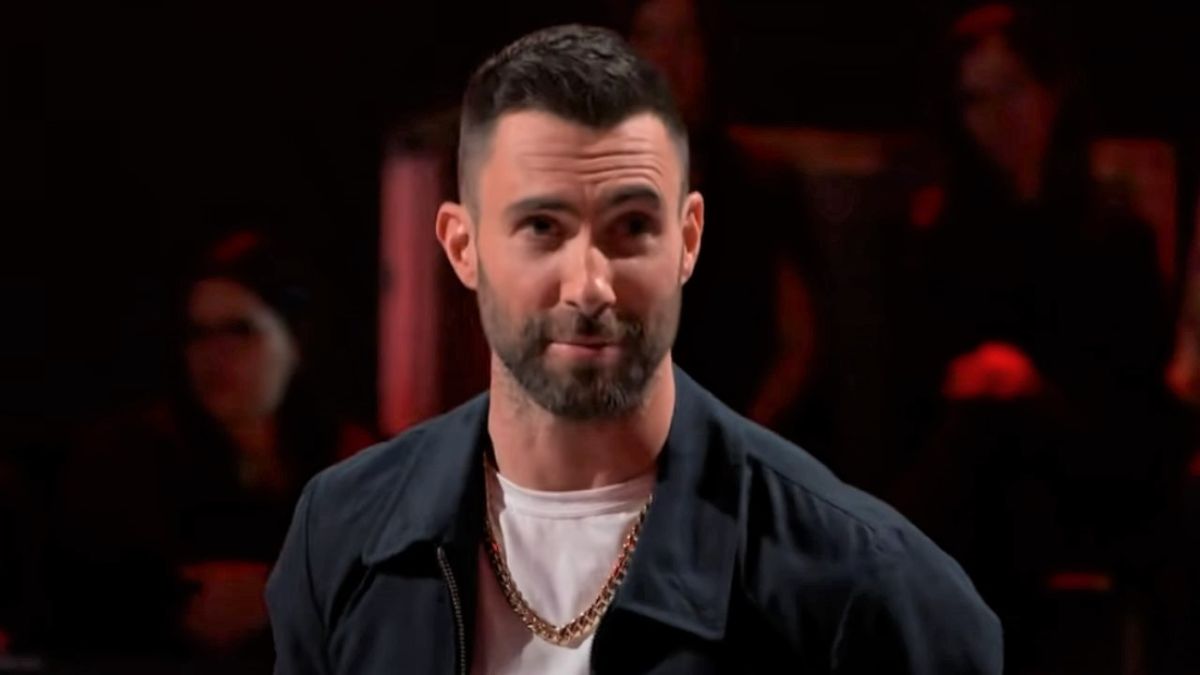 Accusations of cheating are never good for celebrities, especially in this age of social media where a rumor will spread like wildfire before the accused can get to it. But sometimes such accusations go beyond the norm, and that’s what F-bomb-dropping Maroon 5 frontman Adam Levine has to deal with. Influencer Sumner Stroh took to social media with not only claims that she was having an affair with the married musician, but also the idea that he wanted to give his and his wife’s new child the same name as her.

Yes, Adam Levine’s wife, Behati Prinsloo, is pregnant with the couple’s third child, and now the family is dealing with cheating rumors whether they are 100% true or not. See what Sumner Stroh had to say about the former vote coach on TikTok:

The Maroon 5 singer has been married to Victoria’s Secret model Behati Prinsloo since 2014 and they share two daughters, Dusty Rose and Gio Grace, with a third child on the horizon.

In her TikTok video, Sumner Stroh showed what appeared to be a DM from Adam Levine on her Instagram account, more or less asking for her permission to use the name “Sumner” if he and Prinsloo were having a boy. The supposed message read:

Getting technical, and assuming this was an actual screenshot of Adam Levine, the singer didn’t specifically ask to name the baby after his alleged mistress. He simply asked if she was okay with him and his wife using the name. Maybe he just liked the name Sumner?

The fact that he only seemed interested in the name if the child was a boy might bolster the argument that he didn’t want to name the baby after her. You could argue that it would make more sense if Adam Levine – a musician – wanted to name his male child after Sting – a fellow musician – whose real name is Gordon Sumner.

That still gives a lot of grace to the singer in what seems like a very messy situation, but since we only have one side of the story, we have to consider the possibility that there is more than one “Sumner” who could have given Adam Levine the idea. However, if she wasn’t the inspiration, you’d think he’d want to clarify that for her, right? And maybe he did. There’s certainly a lot we don’t know, anyway.

Sumner Stroh reported in her video that she and Adam Levine were reportedly involved for about a year. Months after it ended between them, he apparently sent her the above message asking for the name of his soon-to-be child. The Instagram model said she never intended to make the affair public, but she had sent screenshots to some friends, one of whom was trying to sell the images. Stroh indicated that this forced her hand to come forward with the TikTok.

Behati Prinsloo and Adam Levine generally keep their relationship pretty private (although they did post some fun pics of fake face tattoos when they launched their tequila brand in November), so it’s no surprise neither of them have this on their minds. respective social media accounts. We’ll have to see if anything else comes out publicly about these allegations.